How is the heat wave in Europe affecting travel? | Europe | News and current affairs from around the continent | DW | 25.07.2019

How is the heat wave in Europe affecting travel?

Getting from A to B in these baking hot conditions is a challenge for commuters and holiday travelers alike. So which mode of transport is best suited to cope with the heat wave?

While commuters and holiday travelers lucky enough to board a train with a functioning air conditioning system (not a given even in a supposedly high-tech country such as Germany) may have found some respite, their sunny demeanor could quickly turn cloudy once they discover that they are stranded on the trains because they can't actually move.

The high temperatures can cause points failures and signal disturbances, while in some places the tracks have buckled under the heat. This phenomenon is known as sun kink. A spokeswoman for Germany's rail company Deutsche Bahn said on Wednesday that "our technology has reached its limits in these extreme temperatures."

Indeed, a number of trains were canceled or delayed in western Germany this week. And in France and the UK, authorities appealed to commuters to avoid rail travel if possible. 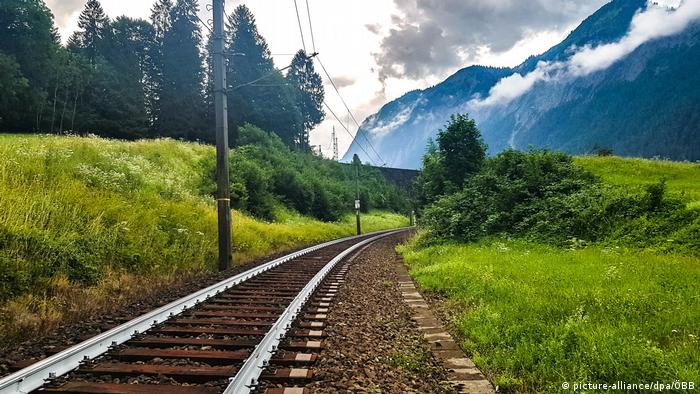 Germans are car-crazy. But even owning the flashiest, fastest car won't help if there's a gaping hole in the surface of the motorway. Extreme heat can cause tarmac to melt and concrete surfaces to buckle and rip. Here in Germany that's been referred to as "blow-ups." Essentially the concrete slabs don't have enough room to expand in the heat. They then push against each other, causing them to crack apart. Concrete motorways are most at risk if there is already previous damage, especially on older sections of motorways and roads. 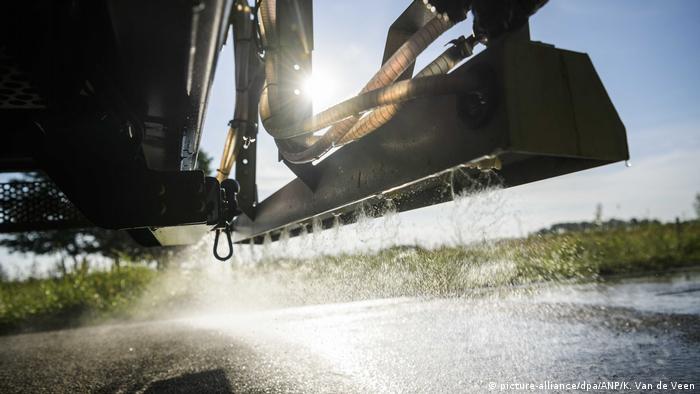 Rather than leaving their salt gritters to gather dust, the Dutch have decided that what works in winter works in summer too

Is there a way to prevent those scenarios? Yes. In this regard, the Dutch are one step ahead. Arnhem's city council decided that what works in winter can also work in summer. They dispatched their salt gritter lorries after determining that salt not only provides traction in freezing conditions, but can also be used to stop asphalt from melting. The council says the salt helps by attracting moisture from the air and cooling the surface. It also removes excess moisture from the asphalt, making it less sticky.

Spare a thought for the Tour de France riders who are tackling three days of climbing in the Alps in these temperatures. But at least they're getting paid. Unless you're making the same amount of money, avoid cycling (walking, running) to work or anywhere for that matter in this heat.

Taking a boat up and down the Rhine River sounds eminently agreeable not least because of the slight breeze. However, river authorities are warning that water levels are sinking. In places, the Rhine is barely navigable. Low water levels already crippling the Danube in Bavaria have prompted officials to bar hotel ships from using a 60-kilometer (39-mile) stretch upstream from the town of Vilshofen.

If you're not bothered about your carbon footprint or facing the wrath of environmental activists, you would probably think that flying is your best bet to get from A to B. Planes are designed and equipped to cope with both low and high temperature extremes. However, there is one caveat: If temperatures exceed 47 degrees Celsius (116 Fahrenheit), planes can be grounded as some aircraft manufacturers can't guarantee the necessary engine propulsion. The warmer it gets, the less density there is in the air, which in turn results in less upwind for the wings.

Before you reschedule or cancel your flight, we're not quite there yet here in Western Europe. The scenario described above occurred in the US state of Arizona. But there are concerns it could become a regular feature, especially in the Arab region, where global warming is expected to lead to more frequent and extreme heat waves.

How are designers dealing with the soaring temperatures of the climate emergency? Ancient desert architecture, Bauhaus buildings or futuristic sustainable cities in Abu Dhabi: Intelligent solutions are already out there. (25.07.2019)

The continent's average temperature for June 2019 was the highest on record, according to the European Union's satellite agency. International researchers have warned Europe faces more frequent and intense heat waves. (03.07.2019)

The US national park, considered one of the driest places in North America, saw a torrential downpour that flooded hotels and tore up paved roads, leaving visitors stranded.

Low water again threatens to sink industries along the Rhine 21.07.2022

Water levels in Europe's most important river have dropped amid searing temperatures, bringing back memories of the 2018 drought that shut down the waterway. Are businesses better prepared now?