Famed museums and Amsterdam's concert hall offered haircuts and manicures, as the cultural sector protested lockdown measures that allow shops, hairdressers and gyms to open — but not cultural venues. 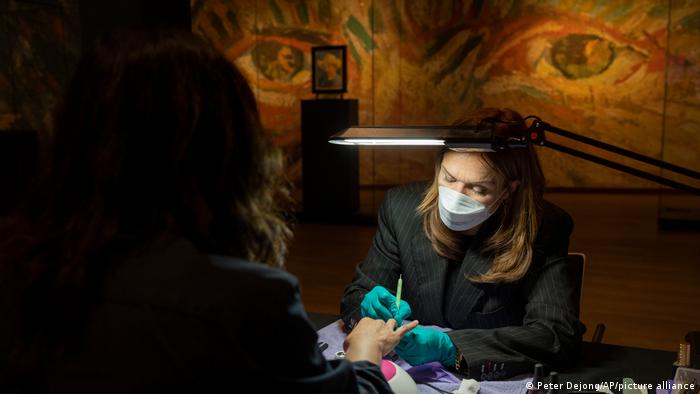 Museums and concert halls in the Netherlands opened briefly on Wednesday to protest their continued closure.

Last weekend, the Netherlands eased a month-long lockdown, by allowing gyms, hairdressers and shops to reopen. However, cultural venues were ordered to remain closed to the public.

On Wednesday, authorities handed out enforcement notices to a number of the 70-odd venues that took part in the day-long protest.

Haircut with a symphony

Some 50 visitors were welcomed to the "Kapsalon Concertgebouw (hairdresser concert hall)" performance, in which people were given haircuts during an orchestra rehearsal at the 130-year-old building. 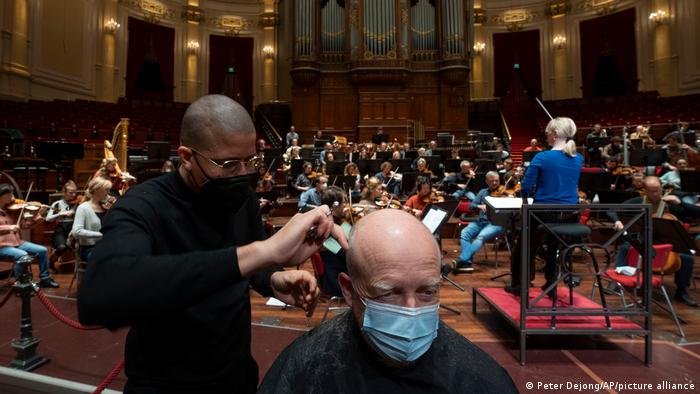 "We do not understand and there is no reasoning for it because we have shown over the last two years that it's very, very safe to go to a concert or to go to a museum,'' said Simon Reinink, director of the Concertgebouw.

"Actually, it's our profession — crowd management. We know how to deal with large crowds. And we've done it in a very, very safe way," Reinink added.

'You need a mental gym too'

Across the street from the Concertgebouw, a barber cut the hair of 10 visitors and 10 more people got manicures at the Van Gogh Museum. "It's definitely a first for us at the Van Gogh Museum," the museum's director, Emilie Gordenker, told the AP news agency.

"I understand that the government has opened gyms but... you need a mental gym, too, and a museum is a place where people are increasingly coming to find a little depth or reason for their life," Gordenker said.

"And the theme of mental health is particularly relevant to our museum, obviously, because of Vincent van Gogh's own mental situation,'' she added. 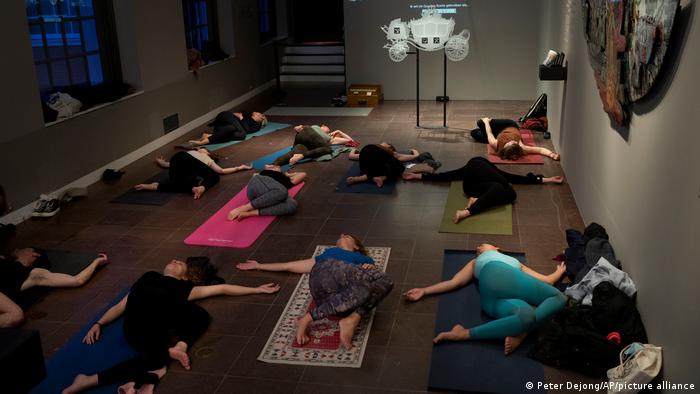 Meanwhile, at the Amsterdam Museum in the city center, people took a yoga class

'Culture is high on the agenda'

"The cultural sector is drawing attention to their situation in a creative way. I understand the cry for help and that artists want to show all the beautiful things they have to offer us," she wrote on Twitter. "But the opening of society must go step by step. Culture is high on the agenda."

The government has said it will look at a possible further easing of COVID measures on January 25.

During the weekend, cafes opened in several cities, defying government orders that they must stay closed until at least February 25.

While some protests against COVID measures remain peaceful, some have devolved into violent riots, most notably in The Hague and Rotterdam.

Police clash with demonstrators in Amsterdam

Dutch authorities said two test samples taken before the mass testing of two flights from South Africa last week indicate the presence of the variant. It is currently unclear where the two people contracted the variant.