Dubai's bid to cash in on climate change

During the 5th World Government Summit in Dubai, the government set out a bold vision for how adapting to climate change could form the basis of an industry worth billions to the country. 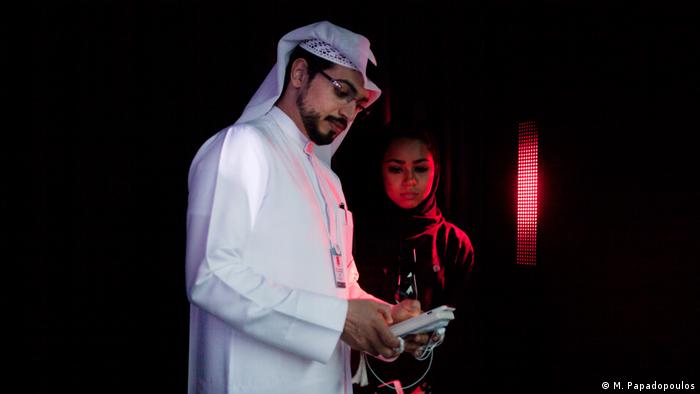 Flanked by palm trees lining a vast network of artificial waterways, the giant white cube of the Dubai Future Foundation at the sprawling Madinat Jumeira seafront resort, offers a vision of the future.

On the one hand it is sobering. By 2050, climate change has put the world and its inhabitants under incredible stress. Rising sea levels have inundated many coastal cities, including Dubai; water and food scarcity have created hundreds of millions of climate refugees. These outcomes are not presented as a threat, but a certainty.

At the same time, the exhibition Reimagining Climate Change bristles with optimism. It's part of the Museum of the Future series of temporary exhibits that coincide with Dubai's annual World Government Summit each year. A permanent Museum of the Future is due to open in the city in 2019.

According to Reimagining Climate Change, by 2050 a solution has found for almost every problem. Vertical indoor farms now not only provide high quality food using a fraction of the water and energy of today's methods, but do so locally and according to the needs of every consumer, thanks to sophisticated predictive algorithms.

Bioengineering has combined mangrove and jellyfish genes to create living water-purification factories. Revolutions in automation and biotechnology allow entire cities to be 3D printed in weeks from local materials, solving the refugee crisis and restoring damaged capitals. Life is not only saved, but good.

While such technologies may sound like the stuff of a science fiction fever dream, the government of Dubai is treating them as very real, and potentially very lucrative, possibilities.

"I'm extremely confident that we will see some of these technologies in the future," says Noah Raford, "chief futurist" at the Dubai Future Foundation. "If we don't do it, then someone else should. And if no one else does, then we face a very terrifying future.” 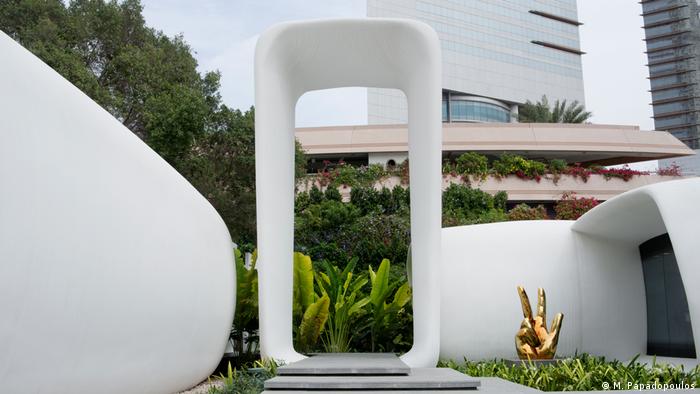 Far from a fringe think-tank, the Future Foundation is close to the nerve-center of Dubai's government. Building on earlier initiatives, the foundation was formally established 18 months ago by the prime minister of the UAE and ruler of Dubai, Sheikh Mohammed bin Rashid Al Maktoum.

With every major government agency represented on its board, the foundation's role is to peer into the future and anticipate, influence and capitalize on coming trends.

Cashing in on climate change

Through the Foundation's Future Accelerators program, innovative startups are identified and supported. Potential future disruptions being examined by the foundation include everything from the budding AI revolution to bitcoin-like technologies. But all threats and opportunities pale in comparison to those presented by climate change.

"Whereas many other governments are still trying to reconcile if climate change is even real - ignoring perhaps or willfully denying the facts around the science - the UAE is not only acknowledging this but trying to shift the dialogue onto a proactive footing,” says Raford. "Time is short. And there's an urgency about this place that's extraordinary.”

That urgency isn't just driven by environmental or humanitarian concern. The goal is for Dubai to be at the ground zero of coming technological revolutions, potentially reaping billions of dollars in revenue down the line.

"We really care about making climate change an opportunity for us," said Omar Sultan Al Olama, managing director of the World Government Summit Organization, "and it could give rise to a multi-billion dollar industry.” 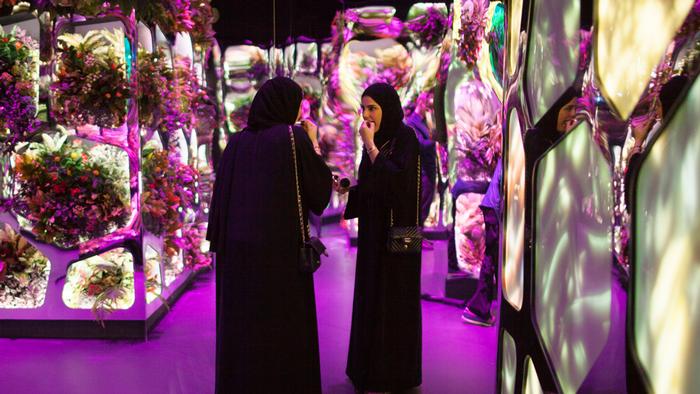 At only 26 years-old, Al Olama has been entrusted by the government to manage the high-profile event. Yet this seems as par for the course in a country that appears increasingly confident in its ability to be a global leader in innovation. It's even launching a space program that plans to land a spacecraft on Mars within five years.

On the surface, this commitment to combating climate change may seem surprising given the region and country's dependence on oil. Around 25 percent of UAE's GDP is based on oil and gas output, primarily thanks to the oil-rich emirate of Abu Dhabi. While recent efforts at economic diversification have reduced this share, oil remains a key pillar of the economy.

Yet the realities of today's Middle East make climate change increasingly difficult to ignore. The arid region is already experiencing some of the hottest summers on record. Meanwhile, increases in food prices related to climate change are thought to have played catalytic roles in the Syrian civil war and other regional uprisings and conflicts.

There is also growing awareness that, as much due to economics as environmental science, the end of the oil era is approaching and the time to prepare is now.

"I think countries in this region are realizing this is a strategic issue for them, after all the fall of oil prices now looks to be systemic not just cyclical," Jeffrey Sachs, director of the Earth Institute at Columbia University, told DW at the World Government Summit.

"Countries in this region need to diversify and that is what the Emirates is doing, moving from an economy based mainly on oil and gas to one that is based on a trading center, a vacation spot, a business hub, a transport hub and also deploying the renewable energy that this region has. It has solar energy galore."

On November 9, global efforts to combat climate change received a major setback with the election of Donald Trump. The new US president rejects climate science and has committed to aggressively supporting the oil industry, moving to restart the Keystone Pipeline project and appointing former Exxon CEO Rex Tillerson as his new Secretary of State. 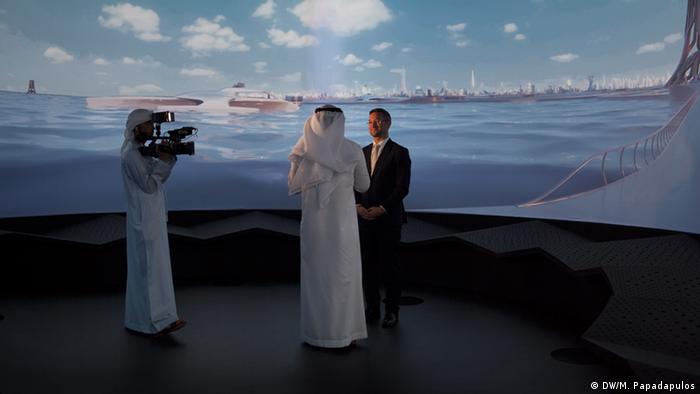 Yet what is clear from the talks in and around the World Government Summit, is that the UAE and many others remain committed to decarbonization, regardless of the stance taken by the world's second largest polluter.

Rather than forcing a reassessment of the value of these efforts, the main focus of discussion was if and how sanctions could be put on US companies, should the US attempt pull out of the Paris Agreement on climate action.

"The carbon arithmetic is so bad, the dire risk that we face is so high, the delay in doing something about it has been so long, that we don't have any time for a pause by any major actor," Sachs told DW.

"So if the US government tries, I think there's just going to be a big political brawl over this - this is not going to go straightforwardly. And the president of the US is going to find to his disappointment perhaps that he can't just reverse regulations willy-nilly.”

Of course, huge challenges remain for countries like the UAE to transition to a low-carbon economy. The UAE remains one of the world's highest emitters per capita and Dubai is subject to global economic forces, almost going bankrupt in the wake of the 2008 financial crisis.

Yet when asked whether the government's bold visions are realistic, many here point to Dubai's own history. If a small Arab town can be transformed into a cutting-edge global metropolis in the space of 40 years, they say, even the sky poses no limit.