Drug addiction in Russia: Draconian laws instead of help | Europe | News and current affairs from around the continent | DW | 11.11.2019 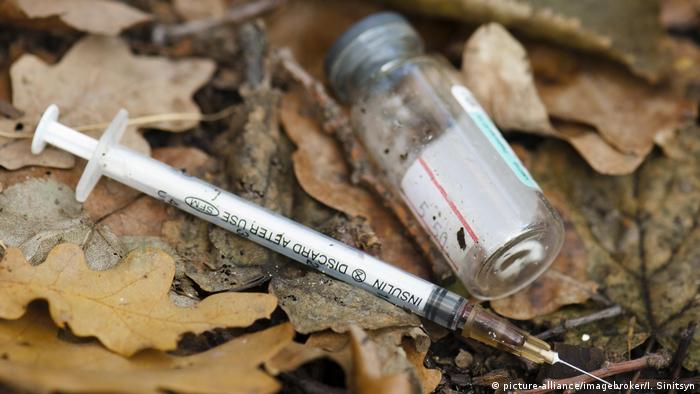 The biting cold hits the people who come out of the Moscow subway this evening. It is a 45-minute ride from the city center to Marino, the most populated district of the Russian capital. There seems to be no end to the communist-era apartment buildings.

A minibus is parked not far from the subway station. It bears the acronym ARF, for the Andrey Rylkov Foundation for Health and Social Justice. A man hobbles towards it. There are several boxes of syringes, medicines and disinfectant. "Vanya!" says the social worker, Maxim. "What's up?" Vanya smiles. "Have you got any clean syringes?" he asks. Maxim starts packing some sanitary products in a bag.

ARF campaigns for the rights of drug addicts and sex workers in Russia. The bus comes to Marino every Tuesday. The rest of the time it goes to other parts of Moscow. Vanya is one of 5 million drug addicts in Russia. "I've been coming to the [ARF] bus for years. People here don't only do their work. They're interested in me and help me. I receive support if I need to go to the hospital or if I need a document."

His face darkens. "I can't say the same about the state. I have to watch out for those people." He was caught by a policeman once with just a small amount of drugs on him. That landed him four years in jail. 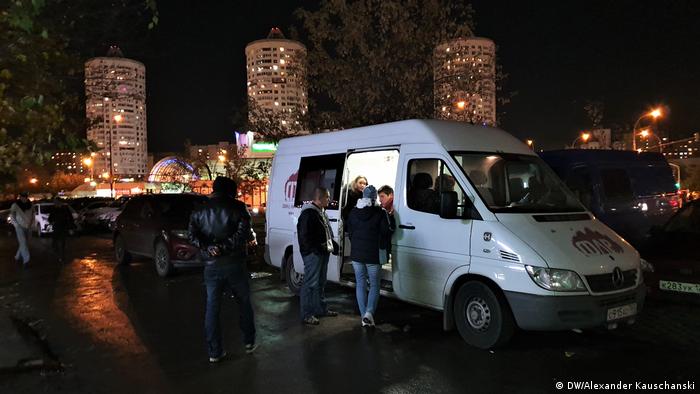 Drugs only became such a massive problem in Russia after the collapse of the Soviet Union. Once the borders had opened up there was a huge influx of drugs from hubs such as Afghanistan. Russian society wasn't prepared. There was not enough awareness or control and many people became addicted. The government introduced tough measures to fight drug use, treating users like criminals instead of people in need of treatment.

Still today, the authorities do little to fight the organized drug trade and police arrest the addicts. Just like Vanya, people caught with a couple of grams can be sentenced to up to 15 years in jail.

Russia has draconian drug laws. Article 228 of the penal code regulates the purchase, possession, distribution, production and processing of drugs. It is nicknamed the "people's article" because over 200,000 people — one in three convicts — are in jail because of drug possession.

ARF and other NGOs provide clean syringes and condoms to prevent HIV because the state does not implement such measures. But Maxim says that the "small amount of NGOs active in this area do not cover the demand, by a long way."

No reforms despite resistance

Instead of helping drug addicts, police officers often use the draconian laws for their own gain. They are said to hunt down drug addicts to fulfill quotas as this entails bonuses. They are even accused of sneaking drugs into the belongings of people who are not addicts or dealers. Such cases are not documented.

Maxim says that "once a person is arrested, they get a criminal record," which means that their life is automatically more difficult. They often cannot find work or get a driving license. So it becomes harder to quit drugs.

The "people's article" hit the headlines this summer when the journalist Ivan Golunov was arrested and detained. The police accused him falsely of having drugs in his rucksack and of running a drug lab in his apartment. There were protests when the information was made public.

Not only the opposition but some of the elite criticized the way the criminal investigators had proceeded. Eventually, the case was dropped because of the outcry, and Golunov was released. Nonetheless, the government is not planning to change course regarding drug policy. The Russian parliament recently rejected a reform of Article 228.

Maxim gives Vanya a bag when they are both in the bus. "Here are your syringes. I've also packed a bandage for the ulcer on your leg." Maxim, who has worked for the foundation for years, is on a first-name basis with most of the addicts. Like many of the workers in the organization he, too, used to be an addict. He is also HIV-positive. "The fact that we had the same experiences means that we can show more empathy towards the people and understand their situation."

He disappears for a few minutes to run some HIV and hepatitis tests on a bearded man at the front of the bus. When the man comes out, he jumps into the arms of his waiting girlfriend: "I'm alive! The test was negative." 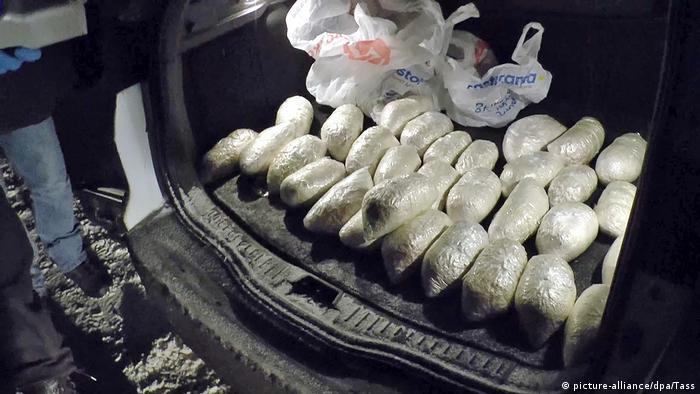 Russia has one of the fastest-growing HIV/AIDS epidemics in the world. Whereas the number of infections has dropped globally, in Russia it has increased since 2012. According to official estimates, about 1% of Russians are HIV-positive. Experts fear the figure is higher. Though the virus is usually spread through unprotected sex or if somebody uses the same needle to inject drugs as someone who is already infected and the highest risk groups are drug addicts, sex workers and gay men. Others in Russia are at more risk of becoming infected because so little is done to prevent HIV/AIDS.

Read more: UNAIDS report: HIV-related deaths down by a third since 2010

This is a homegrown problem because politicians refuse to address the issue. It is a taboo subject in society and only a few NGOs are trying to raise awareness. The internet is also a source of information. There isn't a public debate because of the law banning the "propaganda of non-traditional sexual relationships," the ban on "promoting" homosexuality and laws against "drug propaganda."

FOR also fell victim to these laws. A year ago, it was sentenced by a Moscow court to a fine equivalent to €11,000 ($12,100) for "drug propaganda." FOR had issued a newsletter explaining that the recreational drug mephedrone currently flooding the towns and cities of Russia was extremely addictive. The organization had to raise funds to pay the fine, which it could barely afford.

It is late. There are fewer people on the street. Maxim says goodbye and closes the door. The bus goes off into the night. The addicts disperse — some head for home, others go looking for the next buzz.