DR Congo has shunned a donors' conference in Geneva aimed at raising billions in aid, saying the country is being given a 'bad image' by the UN. Some 5 million people in the country have been displaced by conflict. 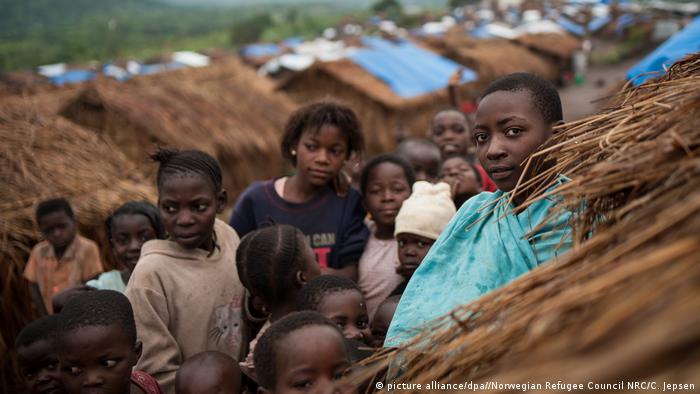 DR Congo is following through with plans to boycott a conference in Geneva on Friday, which aims to raise almost $1.7 billion (1.38 billion euros) for the conflict-torn country.

The conference comes amid fears of mounting violence in DR Congo, where decades of corruption, instability and ethnic conflict are colliding with deepening political tensions.

However, DR Congo has angrily contested claims by the United Nations (UN) that the humanitarian crisis is currently at "breaking point" — a position which has only served to worsen political tensions in the country.

For those who have fled their homes, the crisis in DR Congo is very real. "It's like when we had the civil war," said one Congolese man, referring to a period of intense violence that ravaged the northeastern province of Ituri between 1999 and 2003. He is one of an estimated 50,000 people who have escaped the recent surge of ethnic conflict in Ituri since January by fleeing across Lake Albert into neighboring Uganda.

The deadly fighting isn't restricted to Ituri — home to long-simmering conflicts over land and mineral wealth. It's also spilled into provinces previously thought to be stable, such as Kasai and Tanganyika.

Adding to the misery is the political crisis surrounding President Joseph Kabila that doesn't look like it's ending any time soon. Kabila's mandate officially ended in December 2016 but he has stayed on in power, saying it's impossible to hold elections amid the fighting. Elections to replace Kabila are repeatedly postponed. Widespread protests against Kabila's failure to step down have been met with deadly violence.

Massive numbers of people on the move 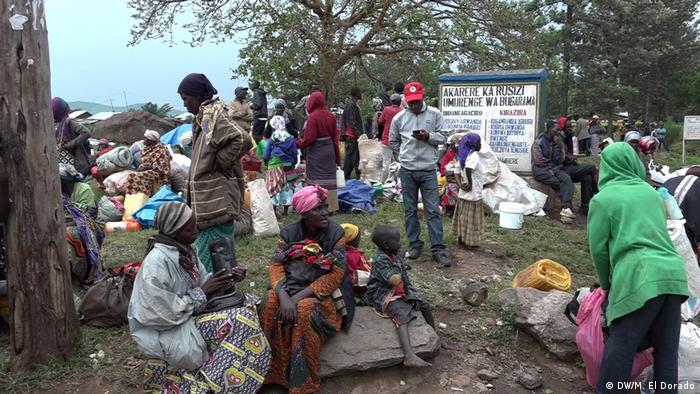 Tens of thousands of people from countries such as Central African Republic, South Sudan and Barundi, seek refuge in DR Congo, adding to the humanitarian crisis

Since the beginning of 2017, some 600,000 Congolese have fled the violence and general instability to other countries in the region. In addition, around 4.3 million people are now internally displaced, estimates OCHA, the UN office responsible for coordinating humanitarian affairs. DR Congo is also home to around 500,000 refugees from other countries.

The UN warned in March that the crisis in Congo was at a "breaking point." During a trip to the country last week, UN High Commissioner for Refugees Filippo Grandi said: "Unfortunately, operations, refugee operations, humanitarian operations, in the Democratic Republic of Congo continue to be underfunded everywhere."

Congo's government is at loggerheads with humanitarian organizations over the scale of the problem. Congo's Minister of Humanitarian Affairs, Bernard Biango, puts the number of internally displaced people at 231,241 — nearly 20 times lower than UN estimates. 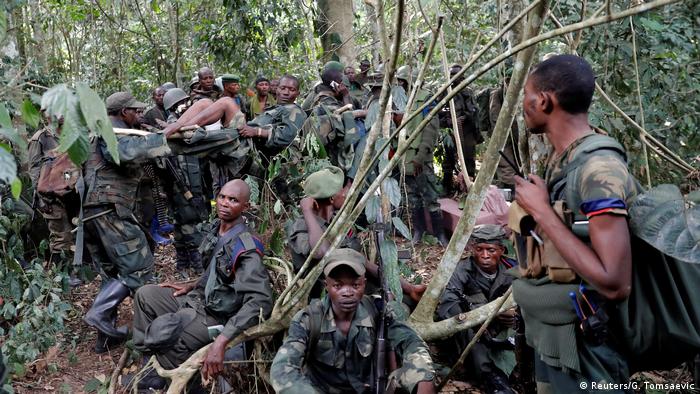 Congo's military are fighting rebels and armed groups on many fronts

Regarding Friday's donor conference, DR Congo's Minister of Communications, Lambert Mende, said international organizations were deliberately "misrepresenting" refugee numbers in order to gain a "colossal budget." "We do not call this international support, we call it marketing humanitarian aid," he told DW.

Congo won't be able to attend the conference, Mende said, if the numbers of refugees aren't reconciled. "The high numbers of displaced people are frightening investors, and the country is much more dependent on investment for development than development aid," he said.

Civil society is 'horrified and upset'

The move has angered church groups and and civil society organizations in Congo.

"Beyond statistics, it is crucial that those in need are helped," said the Deputy Secretary General of Congo's National Episcopal Conference, Andre Masinganda. "This is where international support comes in."

Congo's Lay Coordinating Commission (Comitee Laic de Coordination) said in a statement it was "extremely surprised and dismayed" that the government did not want to speak of a humanitarian catastrophe.

Of course the government is committed to its numbers, commission spokesperson Jonas Tshiombela told DW. "But on the other hand, [the government] is itself responsible for people's suffering; it hasn't complied with its duty to protect human lives and goods."

Tshiombela is worried some in the international community will succomb to pressure to stay away. According to French broadcaster RFI, the Congolese government has written to some potential donors asking them to boycott the conference — the United Arab Emirates has already canceled its attendance.

Congo's opposition agreed in December to postpone the presidential election until the end of 2017. But President Joseph Kabila's electoral commission has delayed it again. (12.10.2017)

After a ten-year lull, M23 rebels in eastern DR Congo have attacked Congolese soldiers. As a result, tens of thousands of people have fled to neighboring Uganda, fearing renewed violence.

A Pakistani helicopter deployed as part of the UN's peacekeeping mission in the DRC has crashed with eight people on board. The Congolese army says rebels in the country's east shot the aircraft down.