Doubt cast over details of attack on AfD lawmaker Magnitz

Frank Magnitz has said he was beaten unconscious after his assailants had already knocked him to the ground. However, prosecutors now say that CCTV footage may contradict this version of events. 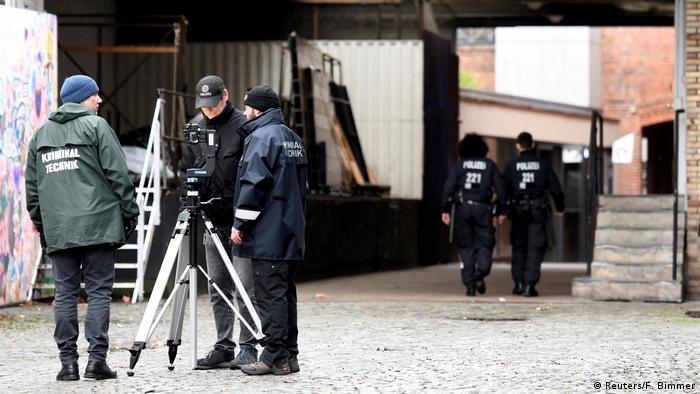 Frank Magnitz, a member of the Bundestag from the far-right Alternative for Germany (AfD), had said that he was brutally attacked by political opponents in his home base of Bremen. However, prosecutors said on Wednesday that footage of the attack casts doubt on the lawmaker's version of events.

According to AfD politicians, Magnitz, 66, he was attacked from behind with a piece of wood around 5:30 p.m. while taking a shortcut behind the Bremen City Theater to his car in a nearby parking garage. He said he was kicked after he had fallen down, and then blacked out.

Frank Passade, a spokesman with the Bremen prosecutor's office, said the video shows that Magnitz was attacked by three people, but he added that it looks likely that most of Magnitz's injuries were sustained as he hit the ground.

Magnitz checked himself out of the hospital on Wednesday and is recovering well, according to fellow Bremen AfD member Thomas Jürgewitz.

On Tuesday, the lawmaker spent most of the day talking to the press, inviting journalists to his sick bed to see the wounds on his face, covered with thick layers of gauze, and drawing their attention to the wheelchair he was using in hospital. 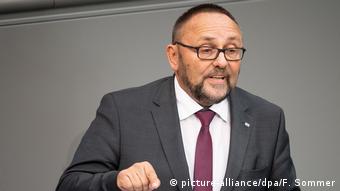 The attack drew condemnation across Germany, with Foreign Minister Heiko Maas saying that violence "should never be a means of expressing political disagreements," and Steffen Seibert, Chancellor Angela Merkel's spokesman, expressing the hope that the assailants would quickly be found and face justice.

Magnitz's AfD colleagues have used the incident as a call to action, blaming the far-left Antifa group, the center-left Social Democrats (SPD), and "left-wing terrorists," for the parliamentarian's wounds.

On Wednesday, however, prosecutors in Bremen questioned whether Magnitz was assaulted in exactly the manner he described. A spokesman told German news agency DPA that CCTV footage of the attack showed Magnitz being elbowed once, then falling over as his attackers ran away.

Bremen police have said that the attack was "lightning quick," and that they were investigating charges of grievous bodily harm, saying they had no photographic evidence that Magnitz was kicked while already down.

Magnitz himself on Wednesday conceded that the attack may not have been politically motivated and may in fact have been an attempted robbery.

Police detained three people after a blast damaged the office of the far-right AfD party in the German city of Döbeln. Anti-terror investigators see the blast as an escalation following other acts of anti-AfD vandalism. (04.01.2019)

US carries out last federal execution before Trump leaves 3h ago