Police detained three people after a blast damaged the office of the far-right AfD party in the German city of Döbeln. Anti-terror investigators see the blast as an escalation following other acts of anti-AfD vandalism. 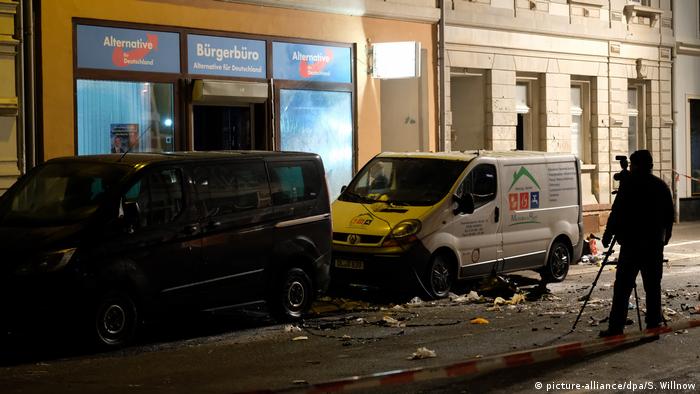 German authorities may soon release three suspects who were detained following a blast near the AfD's local office in Döbeln, officials said on Friday.

The men, local Germans aged 29, 32, and 50, are suspected of detonating an "unknown substance" in the street on Thursday evening.

The explosion damaged the door and windows of the AfD office and set fire to promotional materials inside, prompting firefighters to deploy to the scene. Nearby cars were reportedly also damaged. No injuries were reported.

On Friday, prosecutors said they suspected the three men were behind the attack, but added that they would not request their detention because there was insufficient grounds to do so.

"The attack against the AfD office in Döbeln is extraordinary given that the explosion meant accepting that people could be harmed," the state police said. A task force for investigating extremism and terrorism, it added, was probing Thursday's incident.

Police said there had been a series of attacks against AfD offices in the eastern state of Saxony in recent weeks, but added that most of them were limited to vandalism. 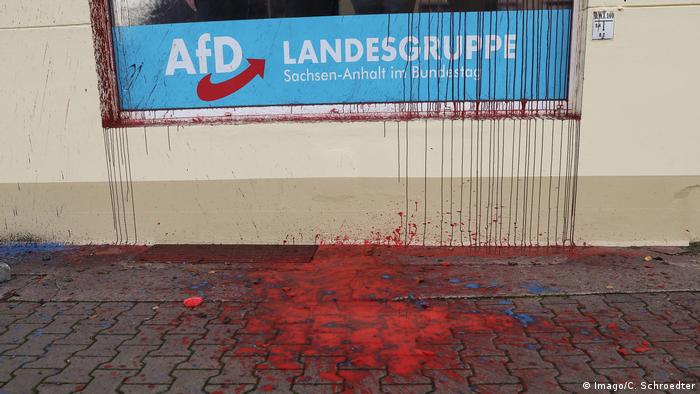 Saxony's Interior Minister Roland Wöller said the state would not tolerate such attacks and pledged a severe response.

"We are dealing with a completely new level of violence against politicians," he said.

"There's no justification for the attack on the AfD office in Döbeln," he wrote. "Violence is not a means of democracy. The AfD must be fought politically and not with explosives. This attack helps the AfD and hurts democracy."

Opinion: Right-wing populism is EU's elephant in the room

If we want to combat rampant right-wing populism in Europe, we must above all address the issue of migration, says DW's Christoph Hasselbach. (31.12.2018)

Germany and Angela Merkel started 2018 as the bearers of anti-Trump hopes, but they ended the year with plenty of turmoil themselves. DW political correspondent Jefferson Chase looks back at 12 very turbulent months. (31.12.2018)