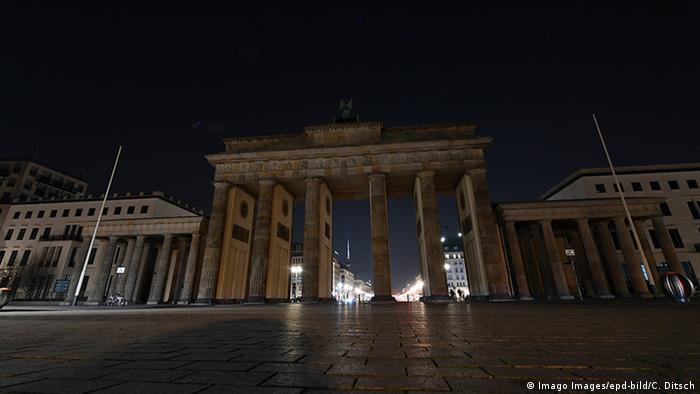 Sydney's Opera House and Harbour Bridge darkened lights for an hour on Saturday, kicking off a global sequence that left Abu Dhabi's Grand Mosque, Berlin's Brandenburg Gate and the Eiffel Tower in Paris in the dark.

The initiative, started in 2007 by the environmental group WWF, asks firms, local authorities and people to douse lights briefly from 8:30 p.m. local time.

More than 100 landmarks were expected to take part in the event, with 360 cities set to participate in Germany. Locked down by the coronavirus pandemic in many locations, participants have instead shared photos and videos online. Artists also performed via social media.

All mass events have been canceled to slow the spread of the COVID-19 pandemic.

"It's a time to really rethink our strategy," said Katie Eder of the youth alliance Future Coalition, which is helping to coordinate Earth Hour.

"We are really looking at this as a way to reimagine what a social movement can look like in a digital age," said Eder.

Glasgow, Scotland is due to host the United Nation's next climate summit in November, COP26, the 26th on tackling climate disruption blamed on fossil fuels.

Host Britain, itself facing a traumatic COVID-19 outbreak, said Friday it was keeping summit planning "under careful review" and was in frequent contact with the UN climate agency in Bonn and partners, including pandemic-hit Italy.

"Other means such as video and phone conferences" may become essential for pre-COP26 planning meetings, a British spokeswoman told Reuters. Talks are also planned for Bonn in early June on advancing the COP26 agenda.

"We need to be thinking innovatively about making these kinds of global meetings more efficient in terms of outcomes and less dependent on thousands of people from all over the world flying into one city," said Huq.

Too early to decide on Glasgow

But Nairobi-based climate expert Mohamed Adow said — while it was too early to decide on delaying the Glasgow summit — single-place summits involving many thousands were needed for the quick flow of decision-making.

Climate diplomacy was difficult when officials, for example, in Africa, lacked online access or had poor connection quality, said Anna Schulz of the London-based International Institute for Environment and Development.

Huq said the main task for COP26 would be to accelerate the unfinished work of phasing out fossil fuels and protecting people from climate impacts.

Prominent Swedish youth activist Greta Thunberg, herself in isolation in Stockholm with a suspected case of COVID-19, said Tuesday the world's reactions to the pandemic showed that rapid action on climate change was possible.

"The coronavirus is a terrible event … there is no positive to come out of it," said Thunberg.

"But it also shows one thing: That once we are in a crisis, we can act to do something quickly, act fast," she said. "We can do it online and at home. We just need to be creative and find new ways."

In 2019, the youth climate strike movement that Thunberg inspired brought millions of citizens, young and old, onto streets around the world.

Is climate change a security risk?