President Trump's surprising move to order the withdrawal of all US forces from Syria via Twitter stunned Washington. But why he did it and whether his order will be implemented remains murky. 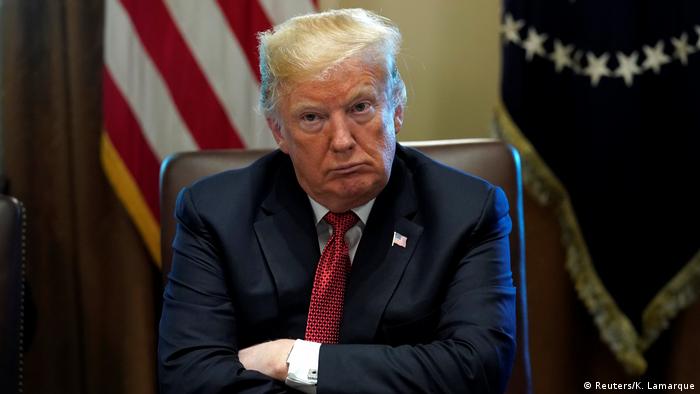 What was President Donald Trump's rationale for the withdrawal?

Trump, who like his predecessor Barack Obama, has been deeply skeptical about US military deployments abroad, has long wanted to withdraw American troops from Syria, but until this week could be dissuaded by his advisers — including Jim Mattis, who announced Thursday he would resign from his post as secretary of defense due to differences with the president — from doing so with the argument of fighting terrorism.  It is difficult to know what triggered Trump's tweeted order of an immediate troop withdrawal, which surprised the Pentagon, the State Department as well as US allies and opponents alike.

"It's very difficult to predict what Donald Trump will do about foreign policy on any given morning," said Stephen Biddle, a professor of international and public affairs at Columbia University who served as a strategic adviser to General Stanley McChrystal in Afghanistan and General David Petreaus in Iraq.<div class="opinary-widget-embed" data-poll="do-you-think-the-us-should-withdraw-from" data-customer="deutschewelleeng"></div> <script async type="text/javascript" src="//widgets.opinary.com/embed.js"></script>

While it's true that the "Islamic State" terror group has been substantially weakened, it has not, contrary to Trump's claim, been totally destroyed, Biddle added.

It has also become increasingly difficult to say "any terrorist is ever 'fully defeated militarily,'" noted Sarah Kreps, an international security scholar at Cornell University in an email. In light of similar sounding declarations by former President George W. Bush regarding the invasion of Iraq in 2003 that later turned out to be premature, Kreps cautioned against making categorical statements.

Biddle said Trump's "general distaste for military actions that don't promise big, quick, showy 'wins,'" might have played a role, that the Syria mission started under Obama's time in the White House and even a phone call from Turkish President Recep Tayyip Erdogan, who encouraged a US pullout, could all have contributed to the president's decision.

In the end, no one really knows. Kreps said she would "not going to hazard a guess about any of Trump's motivations." 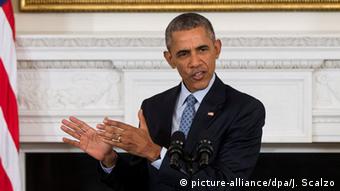 What was the political reaction in Washington?

Trump's move was widely condemned by Democrat as well as Republican lawmakers. Only a few prominent Republicans, such as libertarian-leaning Senator Rand Paul, a skeptic of American military engagement overseas, openly backed Trump. Other high-profile voices generally supportive of Trump, like Senator Lindsay Graham, blasted the decision as ill-advised and "a disaster in the making."

"What strikes me as interesting is that Congress never authorized Obama to send troops to Syria to defeat ISIS, but now seems to be complaining that the president is unilaterally withdrawing the troops that the previous president unilaterally sent," said Kreps. "I'm somewhat puzzled by the bipartisan outrage about the unilateral withdrawal when there was a unilateral action that was potentially much more costly, the deployment of American blood and treasure."

Meanwhile, the Pentagon and the State Department, which were caught completely off guard by the decision, are not only still trying to figure out exactly what Trump's order means, but also how it can be implemented. Both departments, according to a report in The New York Times, urged Trump to reconsider even after he announced his decision. 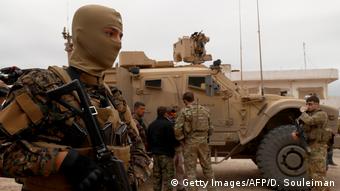 Trump wants all US forces in Syria to begin withdrawing immediateley

Will the withdrawal actually happen?

Whether the withdrawal even goes into effect as ordered by the president is difficult to predict given the administration's erratic nature. Bringing troops home from Syria in an orderly fashion requires time and steadfastness. That this president could change his mind based on a tweet or television shows makes his administration's goals unpredictable, said Columbia University's Biddle: "Maybe Trump will see a different guest on Fox and Friends some morning, change his mind completely, and tweet some new policy instead. The withdrawal announcement itself came out of the blue in a way that surprised almost every US government official — it could flip back just as easily, or not, depending on presidential whim."

Kreps noted that the pushback from both military and Congress already appears to have put the White House on the defensive. "This may end up being like the border wall, talking a big game and having no real effect on policy," Kreps said.

Asked for their view of a US troop withdrawal from Syria notwithstanding Trump's unconventional way of going about it, both scholars expressed their dissatisfaction with the status quo.

"Staying put in Syria is hardly an ideal option either," said Biddle. "But if you face nothing but unattractive options you shouldn't go out of your way to make things even worse for no reason. This withdrawal decision does exactly that — it makes things gratuitously worse than they need to be, by making the US look incompetent, impulsive, and unreliable."

"I support the withdrawal," said Kreps. "I don't support how it was done."