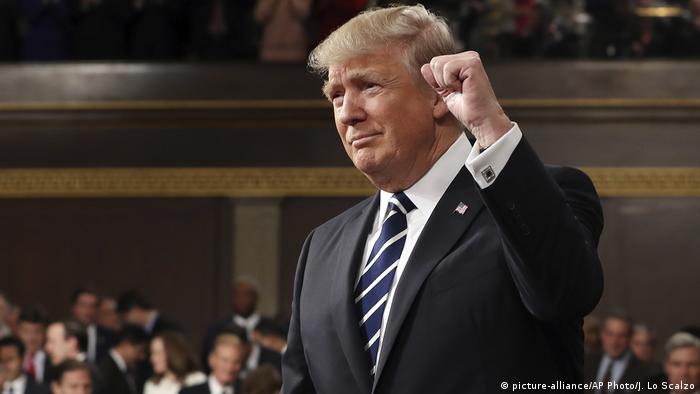 DW: Republicans in Congress, aside from the verbal admonishments, have not exactly been trying very hard to rein President Trump in, have they? Should they finally step up now after the ouster of Attorney General Jeff Sessions?

Christine Todd Whitman: Congress should play its role. Congress, [the House] and the Senate have roles to play and they abdicated those in many instances. They are the third body of the tripartite government and they need to start acting like it.

But it seems to have almost become a cult of personality and they don't dare take him on. But they have a role. They are the brakes [on an unchecked executive branch]. If they see behavior that they feel is not in the best interest of the country as a whole or is undermining the basic statutes and laws of our country, they should speak up — more than speak up, they should take some action. 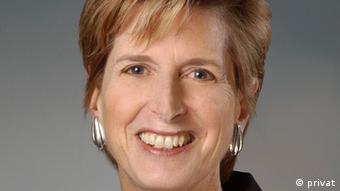 You certainly have been outspoken and have gone on record to say you don't think Trump is fit for office. With what has happened recently including his racist campaign video, his attacks on the media, but also the firing of Sessions, is it time to impeach him?

I don't think so. And frankly, I think that would be a waste of time. They should certainly do their oversight. This is one of the most ethically challenged administrations that I have ever seen. I can't remember an administration where you have had as many Cabinet members who have had to resign because of ethical concerns.

But they really need to do what the people need them to do. We need to have infrastructure; and that is an area where Democrats and Republicans can get together and get something done. We are in the situation we are in now because the public was frustrated and angry about the lack of action from Congress on major issues and so they just wanted someone saying he was going to blow the whole thing up. And they didn't think about what the consequences of that could be.

So at this point, I think oversight — yes. Call him to account when there are issues to be brought up. I think the impeachment idea — we have been down this route before and it doesn't usually work very well because there is a very high standard of high crimes and misdemeanors to prove. I would far rather see them take on their oversight responsibilities and then start addressing the issues that we need to have addressed.

Do you think the forced exit of Sessions amounts to obstruction of justice as it could be seen as move to hamper, interfere or kill Robert Mueller's Russia investigation and its findings?

I think [Trump] is scared of what the Mueller probe might come up with. I wouldn't be surprised to see him move to get Mueller fired between now and the first of the year before the new Congress is sworn in. He does not want them to have full access. But that is not going to stop whatever Mueller has discovered to date, whatever that is. But also Mueller is not going to be intimidated. He is someone who is committed to his work. He is honest and he is not going to be told off by this president's histrionics. And you see that by the fact that he has run a very tight ship and there have been no leaks from that investigation.

Trump has never hidden his contempt, perhaps even hatred, for journalists and the media, which he has called the "enemy of the people." How dangerous for the freedom of press and for individual journalists is the fact that the White House has now taken away the credentials of CNN reporter Jim Acosta because it clearly does not like his coverage?

That's not the way we behave in this country. I co-chair with Preet Bharara [ed. note: the former New York prosecutor fired by Sessions in 2017, after the former attorney general demanded that nearly all US attorneys appointed by Barack Obama resign] the task force on democracy and the rule of law and our first report offered several legislative actions that could be taken on ethics, the judiciary and law enforcement.

But the next thing we are looking at is the independence of the press, this fundamental premise on which our country is based. And we are looking at how what we have always considered normal behavior can be institutionalized. And one of the things we do recommend, and this is approved by bipartisan people who all held some position in government or elected office, is that there should be legislation to protect any special prosecutor so that they can do their job — because nobody is above the law.

So should Congress pass a law to protect special prosecutor Mueller?

Other administrations have, of course, often had very strained relations with the press, but Trump seems clearly to have gone far beyond that and appears to be purposely trying to undermine and attack the press and individual journalists.

It's very dangerous when you start to undermine the public's confidence in the media, law enforcement and the judiciary — and this president is doing all of that. He doesn't care about the residual impact, he doesn't care about consequences as long as he feels it is favorable to him and he is dominating the conversation, which he does very, very well.

It's really dangerous. The freedom of the press is one of the basic tenets of our democracy and it needs to be protected. No president has ever had a free ride from the press — and no officeholder, believe me. We all have had to deal with uncomfortable situations, nasty questions and reporters we thought just had it out for us, and I think sometimes they did. But you have to deal with it. That goes with the job. But you don't ban them, you don't stop answering their questions and you don't say that the news is fake if you don't like it.

He is annoyed at CNN. Fox News is the only one he will go on. They have been blatant about their support of him and some of their reporters have appeared with him at various gatherings — things that a long time ago would never have been allowed within the media. You just didn't pick sides like that if you were going to be seen as an independent journalist. He just doesn't like anyone who doesn't report things they way he wants them to be reported.

Read more: Ralph Nader: Trump is 'a clear and imminent danger' to the world

Many people in the US and beyond who observe Trump's conduct wonder why close to 90 percent of Republicans, according to Gallup's longstanding tracking poll, still support this president. You still are a Republican. Can you explain it?

Tough times for Trump ahead?

Tough times for Trump ahead?

Christine Todd Whitman served as the first female governor of New Jersey from 1994 until 2001. She then led the US Environmental Protection Agency (EPA) under George W. Bush from 2001 until her resignation in 2003 over demands by then-Vice President Dick Cheney to loosen air pollution rules. She currently co-chairs the National Task Force on Democracy and the Rule of Law at the Brennan Center for Justice at New York University Law School.