Ahead of another tariff exemption deadline, Washington's European allies have been telling President Donald Trump that his trade threats are misguided and the real focus should be on China. Will he get the message? Earlier this week it was French Economy Minister Bruno Le Maire's turn. "We should share many objectives such as tackling together the issues of steel overcapacity and how to overhaul the [World Trade Organization] so that it ensures a genuine global level-playing field," he told the UK's Financial Times newspaper. "But we can't do that together with threats of unjustified tariffs weighing over our head."

Two weeks ago, European Trade Commissioner Cecilia Malmstrom was stumped when asked by Germany's Spiegel magazine to explain why the United States treated its partners like adversaries in some areas and yet still wanted to join forces with them in others, for instance to take on China. "Frankly, I have no explanation for it," she said. "It is indeed a bit inconsistent."

And two months ago, German Economy Minister Peter Altmaier told Spiegel that the European Union was prepared to join the US in its efforts to address overproduction of steel and intellectual property theft, key issues that Washington and Brussels both have with China.

Europeans, often not on the same page about a number of issues, have been remarkably united in their message to US President Donald Trump: They will not engage in what should be a combined trans-Atlantic effort to address Beijing's troubling trade practices while they themselves are threatened by US tariffs. They have also made clear that they are ready to retaliate with their own tariffs should they be forced to do so by Washington.

The EU's position that Beijing, not Brussels, is to blame for the large steel overcapacities on the world market is shared by most economists. According to the World Steel Association, China last year accounted for almost half of the world's steel production; the EU produced 10 percent, the US close to 5 percent.

The question of whether Europe's argument has swayed an administration led by a president with strong protectionist impulses comes to a head on Friday, when a temporary exemption that has so far shielded the EU from US tariffs on steel and aluminum is set to expire.

With negotiations ongoing between the EU and a White House prone to last-minute decisions that can then be overturned just as quickly by a presidential tweet, the outcome seemed impossible to predict. But on Wednesday, the Wall Street Journal reported that last-ditch negotiations had not been successful and that tariffs were likely to be imposed. 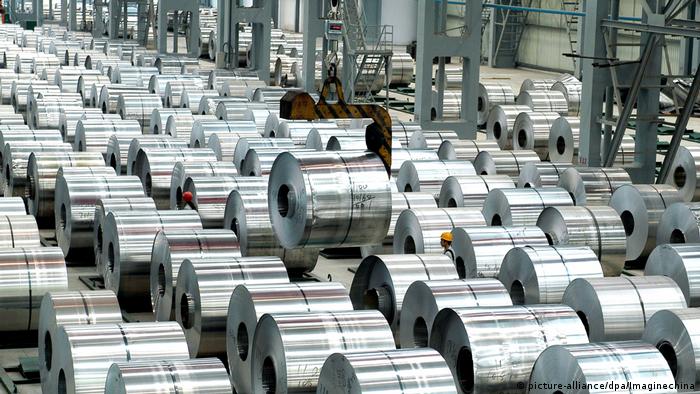 China is the largest steel producer in the world

"I don't have an answer to anything about what the Trump administration's motives are," said Simon Lester, a trade policy analyst with the Cato Institute, a free-market think tank.

But since the Trump administration only appeared to double down on its trade confrontation with Europe by recently suggesting additional tariffs on car imports, the odds don't look good that the EU's message has resonated with the White House.

"I personally am very worried," said Hillman. "I think it's really bad. I think the Trump administration is more willing than I ever believed to engage in this kind of initiation of a trade war with the European Union."

If the EU got what it wanted ― a permanent exemption from the tariffs ― it would make it a global outlier. Most other countries have already been hit by the US tariffs of 25 percent on steel and 10 percent on aluminum imports.

Even South Korea, a key US ally, particularly with the ongoing nuclear negotiations with North Korea, was forced to pay a hefty price to get a tariff exemption. As part of its deal with the US, it agreed to quotas that amount to a 70 percent reduction of its trade over the past three years in steel, subdivided into dozens of different supplements and coupled with quarterly limits. The resulting quotas are so stiff that the former US trade negotiator Hillman called them "fairly draconian."

Other countries still exempt from tariffs are Canada and Mexico, which are engaged in difficult talks with the US about a revamped NAFTA agreement, as well as Australia, Argentina and Brazil. The latter three are also currently in negotiations with Washington. 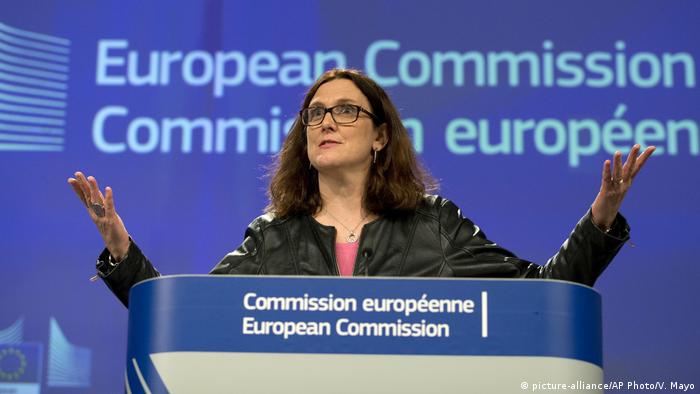 A permanent EU exemption from the tariffs could not only be viewed as a sign that the White House backed down on trade, one of Trump's signature issues. It could also lead others to demand the same deal.

"They dug themselves a deep hole and we will have to see if they can climb out of it," said Cato's Lester. "There are ways to get out of it, if they wanted to."

One face-saving way to end the trans-Atlantic trade standoff would be for the US and the EU to issue a joint statement saying that they will not impose tariffs on each other and instead focus their combined attention on addressing what both view as a key concern: Beijing's unfair trade practices.

"We are spending all our time fighting each other rather than going after China, which is where the emphasis ought to be," said Hillman. "And the only way you are going to move China is by working together and Europe cannot work together with the United States if the US keeps threatening to put tariffs on Europe. That to me is the ultimate message that Europe constantly has to convey."

But the question is whether the White House is even listening.

"It is not clear that the Trump administration is going to accept that," said Lester. "They seem to want to take on everybody."

Hope for a last-minute agreement on US tariffs