The prospect of increasing trade frictions is threatening the global growth outlook, the OECD has said in its latest biannual forecast. Nonetheless, it expects unemployment to hit a 40-year low in 2019. 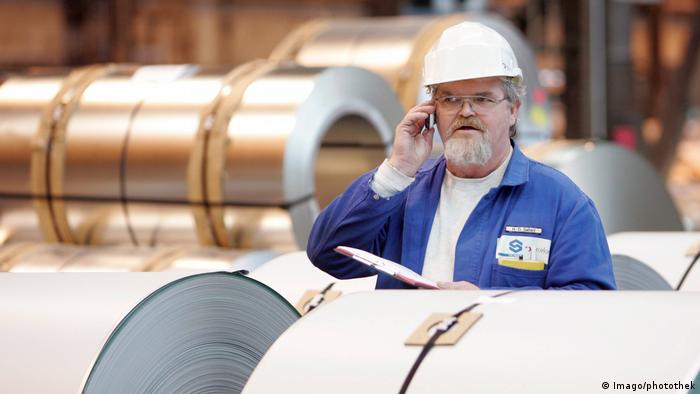 The Organisation for Economic Co-operation and Development (OECD) said Wednesday it expected global growth to reach 3.8 percent this year and 3.9 percent in 2019.

The eurozone economy was forecast to grow by 2.9 percent this year and 2.8 percent in 2019.

The Paris-based policy organization made up mainly of developed nations noted in its biannual outlook that budgetary easing had taken over from central bank stimulus as the main engine of economic expansion, with three-fourths of OECD member countries now likely to loosen their purse strings.

Greece economy on the mend

The overall OECD unemployment rate was seen falling to 5 percent by the end of next year, which would mark the lowest level since 1980 and set the stage for higher growth in workers' wages.

"In spite of all this good news, risks loom large for the global outlook," the report warned. "First and foremost, an escalation of trade tensions should be avoided," acting OECD Chief Economist Alvaro Pereira said in a statement.

The warning came as European governments were bracing for the expiration of temporary exemptions from new US steel and aluminum tariffs on June 1. The looming duties had outraged Washington's closest allies, with last-minute attempts being made this week to make the Trump administration change its mind.