US President Donald Trump has said he would delay a planned US hike in tariffs scheduled for March 1, citing progress in trade talks with Beijing. He described recent meetings as "very productive." 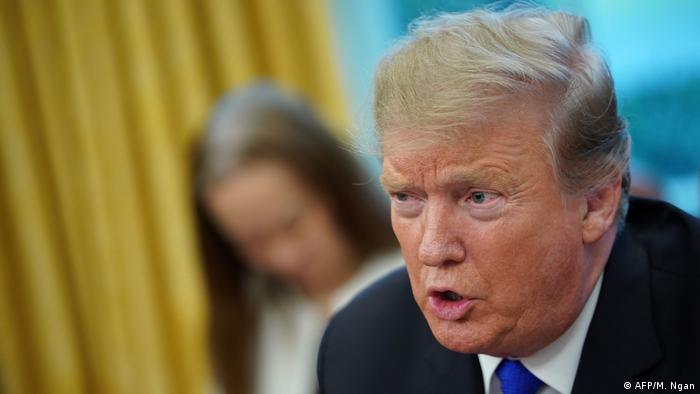 US President Donald Trump said Sunday he would delay a March 1 deadline for an increase in tariffs on Chinese goods after "substantial progress" was made in trade talks between Washington and Beijing.

Both sides had made progress on intellectual property protection, technology transfers, agriculture, services, currency and "many other issues," he said.

Trump added that he and Chinese President Xi Jinping would conclude a final trade agreement at Trump' Mar-a-Lago club in Florida if additional progress is made.

Trump and Xi had voiced optimism about the talks after Trump met Chinese Vice Premier Liu He in Washington on Friday. In a letter to Trump, Xi said he hoped both sides would agree on a "win-win" agreement.

The United States imposed a 10 percent tariff on more than $200 billion (€176 billion) in Chinese goods in September. Trump had threatened to increase those tariffs to 25 percent if both sides failed to agree on a trade deal by March 1.

The trade dispute between the world's two largest economies has sparked fears on financial markets about the stability of the global economy.

Washington has accused Beijing of harming US companies by stealing US technology and intellectual property, manipulating its currency and subsidizing domestic producers.