Donald Trump is defending his pledge to build a "big, beautiful wall" on the US's border with Mexico. The president says his position on his most popular campaign promise "has never changed or evolved." 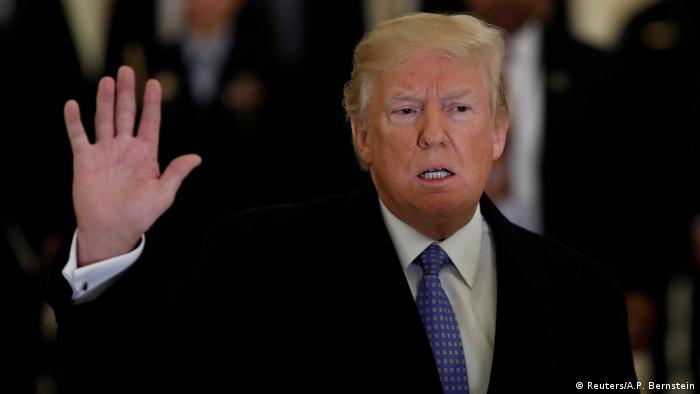 Donald Trump struck back after Chief of Staff John Kelly attempted to clarify the president's current stance on his campaign pledge to erect a wall on the US's southern border.

"The Wall is the Wall, it has never changed or evolved from the first day I conceived of it," Trump wrote Thursday on Twitter. "Parts of it will be, of necessity, see through [sic] and it was never intended to be built in areas where there is natural protection such as mountains, wastelands or tough rivers or water."

Kelly made the remarks at a closed-door meeting with members of the Congressional Hispanic Caucus on Wednesday, The New York Times reported. According to the newspaper, Kelly said Trump had pledged his "big, beautiful wall" before becoming "fully informed" of the natural barriers that already lie along the US border with Mexico. He added that he had persuaded Trump that he did not need the wall and said the president's opinion on the once-sacred barrier had "evolved."

The chief of staff met lawmakers to discuss protections for people brought to the United States as children without authorization after Trump had made hundreds of thousands of such people vulnerable to deportation when he rescinded safeguards put in place by his predecessor, Barack Obama. Kelly didn't confirm the comments, but he made similar remarks to Fox News, saying Trump had "very definitely changed his attitude" toward protecting the young immigrants "and even the wall, once we briefed him." 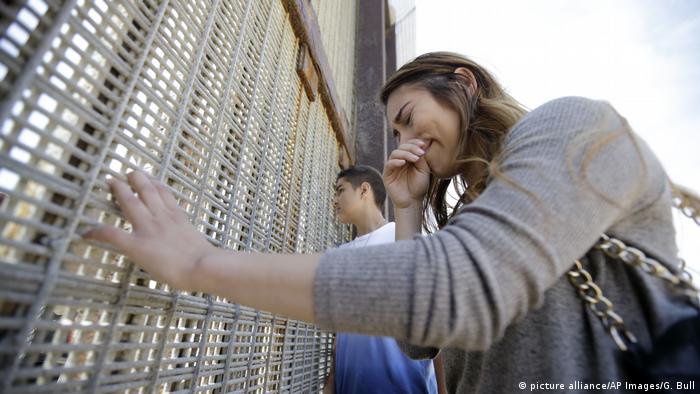 Border between Mexico and the US

Trump once again promised that Mexico would pay to erect his wall. That statement proved popular on the campaign trail, but officials on the other side of the border say they have no intent of helping Trump erect his barrier; some estimates put the probable costs upwards of $20 billion (€16 billion). 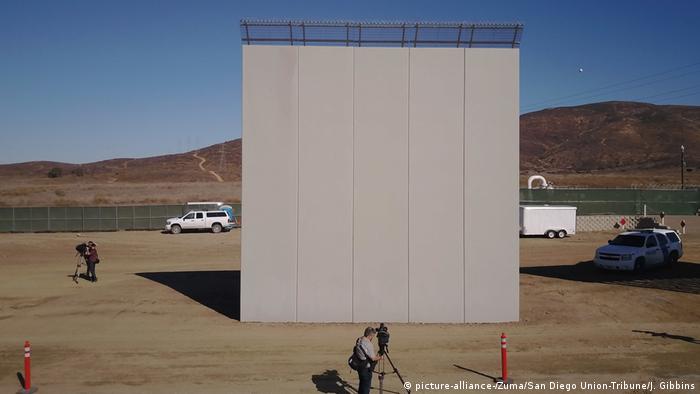 Prototype of the wall between Mexico and the US

"The Wall will be paid for, directly or indirectly, or through longer term reimbursement, by Mexico, which has a ridiculous $71 billion trade surplus with the US," Trump tweeted on Thursday. "The $20 billion dollar Wall is 'peanuts' compared to what Mexico makes from the US. NAFTA is a bad joke!"

That referred to the much-maligned North American Free Trade Agreement that Bill Clinton, the husband of Trump's 2016 electoral opponent Hillary, had negotiated as president during the 1990s. A widespread feeling that the pact has served primarily to enrich corporations is credited with helping Trump nick at least a few voters from the heavily favored former secretary of state during the 2016 election.

The US border agency has awarded contracts for construction companies to build non-concrete prototypes for the Mexican border wall. But the question of who will pay remains unanswered. (08.09.2017)