The popular party game Cards Against Humanity says it has bought land on the US-Mexico border and hired lawyers to protect it. The move was met with an outpouring of support on social media. 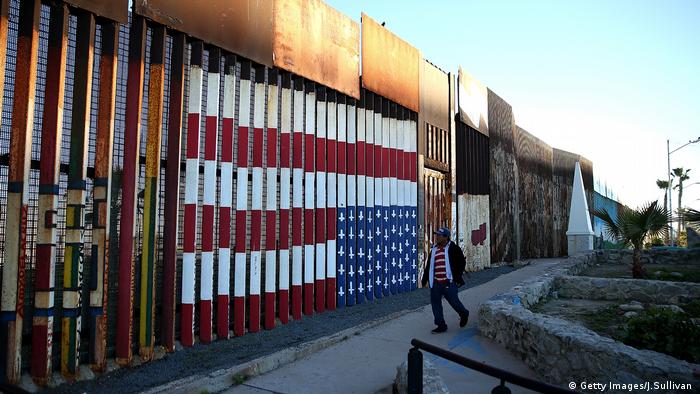 The makers behind the hit game Cards Against Humanity – which famously bills itself as a "party game for horrible people," – has decided to go political with its latest promotional stunt. The company announced on its website late on Wednesday that it was purchasing a piece of land on the US-Mexico border in order to make it more difficult for President Donald Trump to build his proposed border wall.

"Donald Trump is a preposterous golem who is afraid of Mexicans," the proudly politically incorrect game-makers wrote on the company's website.

"He is so afraid that he wants to build a twenty-billion dollar wall that everyone knows will accomplish nothing. So we've purchased a plot of vacant land on the border and retained a law firm specializing in eminent domain to make it as time-consuming and expensive as possible for the wall to get built."

Eminent domain is a US legal term for the compulsory purchase of private land by the government.

Trump famously promised during the 2016 presidential election campaign that he would stop illegal immigration by building a wall along the entire border, prompting outrage at the perceived racism of the idea and derision at the pragmatic difficulties of the proposal.

Promotion sells out in one day

By Thursday, the company had already sold out the 150,000 slots for fifteen-dollar donations it was asking its supporters for in order to fund the project in exchange for six "surprise" gifts.

The company warned that customers would not be able to cancel their donations, because "we'd like to cancel the 2016 election, but neither of us is going to get what we want."

The issue of eminent domain claims, of which Card Against Humanity's would only be one of many, is just one of several monumental barriers President Trump faces in constructing his controversial wall. The US Congress would have to approve the funds for the project, and thus far the Trump administration has not been able to accomplish any point on its legislative agenda.

The renowned French artist JR has erected a giant cut-out of a toddler overlooking a wall on the US-Mexican border. He said the project was meant to get people thinking about immigration. (09.09.2017)

The US border agency has awarded contracts for construction companies to build non-concrete prototypes for the Mexican border wall. But the question of who will pay remains unanswered. (08.09.2017)

President Lopez Obrador announced one death following the quake. The epicenter was some 37 kilometers southeast of Aquila, near the border of the states of Colima and Michoacan and close to the coastline.

The former Breitbart News chief and strategist and senior counselor to former President Donald Trump is charged with collecting money for fraudulent purposes.