Donald Trump to host 2020 G7 at his Florida golf club

The 2020 G7 summit will take place at one of Donald Trump's Florida golf clubs, the president's chief of staff says. The idea that Trump could benefit financially from his term has been the subject of constant scrutiny. 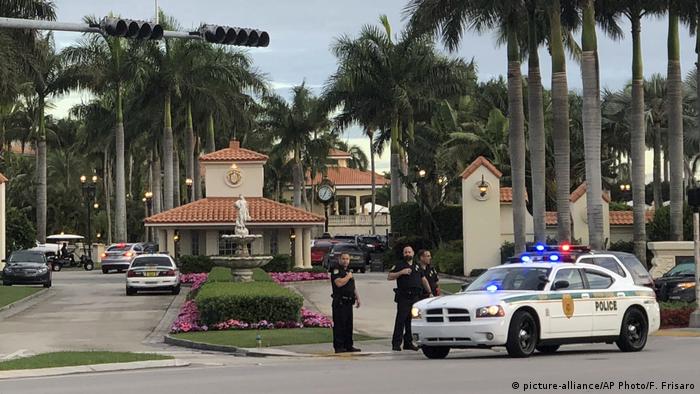 The United States will host the 2020 G7 summit at the Trump National Doral Miami resort in Florida, the administration has announced. US President Donald Trump had previously suggested that he might host the summit of world leaders at one of his own golf clubs — drawing immediate criticism that he has profited from his presidency.

"He got over that a long time ago," Mick Mulvaney, Trump's acting White House chief of staff, told reporters in a combative press conference on Thursday. "We absolutely believe this is the best place to have it."

Mulvaney floated the idea that Russia, which was booted from the G8 after invading Ukraine and annexing Crimea in 2014, could be invited to attend. He said that climate change would not be on the agenda.

The acting chief of staff, the third in Trump's turbulent 33-month presidency, described the process that went into picking the president's resort. He said one evening several administration officials were "sitting around" trying to choose a spot for the summit from about a dozen candidates, when Trump offered up an idea: "What about Doral?"

Read more: G7 summit in Biarritz winds down after three days of talks

Mulvaney said the officials did not have to think long before deciding that "you know what? That's not the craziest idea we've ever heard — we'll go look at it."

He said Trump's team sent representatives to visit about 10 spots before narrowing the list down to a potential location in the archipelago state of Hawaii and two in the mountainous inland province of Utah before deciding that Doral would be the ideal location. Another of Trump's Florida resorts where he has hosted high-level diplomacy was ruled out: "Mar-a-Lago was not close to being sufficient for the G7," Mulvaney said.

Trump faces an impeachment investigation in the House of Representatives for his repeated mingling of the personal, political, financial and diplomatic. A reporter asked how the president can continue to claim the moral high ground when his actions continually raise red flags of impropriety.

Specifically, the reporter wanted to know, how would Trump be able to look Joe Biden in the eye and continue to accuse him and his family of profiting from the 2020 Democratic candidate's eight years as vice president to Trump's predecessor, Barack Obama? "He's going to do that extraordinarily well," Mulvaney said.