Donald Trump threatens to permanently cut US funding to WHO 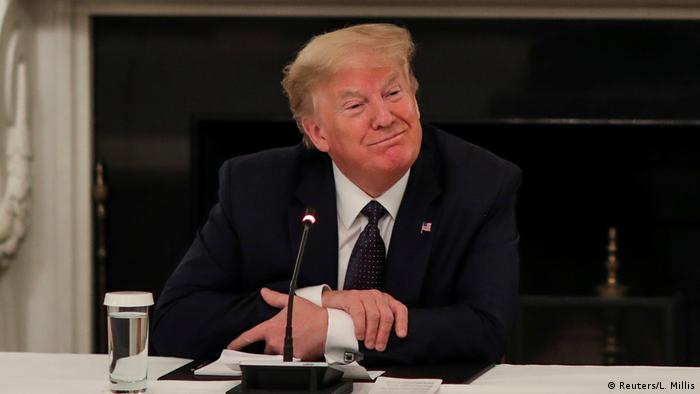 US President Donald Trump threatened on Monday to permanently freeze funding to the World Health Organization (WHO), as leaders met for the first day of the all-virtual World Health Assembly.

"If the WHO does not commit to major substantive improvements within the next 30 days, I will make my temporary freeze of United States funding to the WHO permanent and reconsider our membership," Trump told its chief, Tedros Adhanom Ghebreyesus, in a letter posted on Twitter.

In the letter, Trump called on the WHO to demonstrate independence from China, and said that the US had already started reform discussions with Tedros.

Trump suspended contributions to the WHO last month, accusing the health agency of perpetuating Chinese "disinformation" about the virus, participating in a cover-up of information and acting too slowly to address the coronavirus pandemic.

Prior to the funding freeze, the United States was the biggest single donor to the WHO, contributing almost a fifth of its total budget.

Read more: WHO: 'Independent evaluation' of pandemic response will follow

In response to Trump's letter, China's Foreign Ministry said Trump was trying to shift the blame away from the US administration's "incompetent response," calling it a smear against China and an attempt to mislead the public.

A spokesperson said every WHO member is obligated to pay its full contribution to the organization, adding that China should be involved in any independent review of the body.

Trump's threat came after leaders wrapped up the first day of the two-day World Health Assembly, the WHO's primary annual meeting. Prior to the meeting, the European Union called for an "impartial, independent and comprehensive evaluation” of the global response to coronavirus.

At Monday's meeting, Tedros said he welcomed the calls for a review and acknowledged that there had been flaws in the WHO's management of the pandemic.

"I will initiate an independent evaluation at the earliest appropriate moment to review experience gained and lessons learned, and to make recommendations to improve national and global pandemic preparedness and response," he told the virtual assembly.

"But one thing is abundantly clear. The world must never be the same ... We do not need a review to tell us that we must all do everything in our power to ensure this never happens again," Tedros said.

World leaders including German Chancellor Angela Merkel and US Health and Human Services Secretary Alex Azar submitted video addresses to the meeting on Monday. Azar criticized the WHO in his address, citing shortcomings on the part of the agency.

"We must be frank about one of the primary reasons this outbreak spun out of control: There was a failure by this organization to obtain the information that the world needed, and that failure cost many lives," he said.

This year's meeting is viewed as one of the most critical ones yet, due to the global impact of COVID-19 and the subsequent measures taken by governments around the world. Tedros said the meeting was "one of the most important" since the agency was founded in 1948.

Participants are addressing a coordinated response to the virus, as well as the humanitarian and financial impacts of the pandemic. The virus has infected nearly 4.8 million people and killed more than 317,000 since December.

Foreign Minister Joseph Wu attributed the decision to the limited time that World Health Assembly participants will have to deliberate the global response to the coronavirus pandemic. (18.05.2020)