Foreign Minister Joseph Wu attributed the decision to the limited time that World Health Assembly participants will have to deliberate the global response to the coronavirus pandemic. 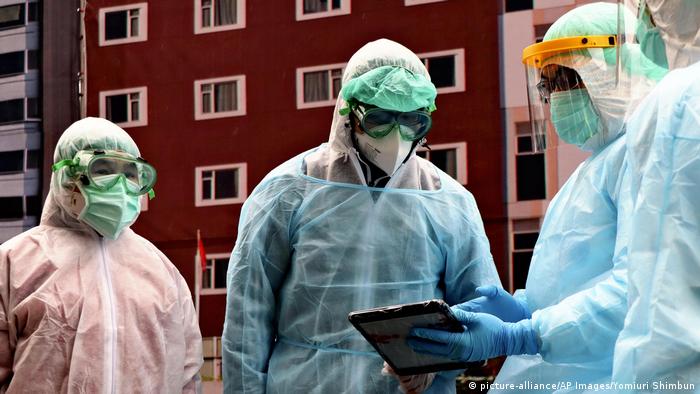 Taiwan will postpone efforts to participate in the World Health Assembly (WHA), which began on Monday, after the contested island state did not receive an invitation.

"After careful deliberation, we have accepted the suggestion from our allies and like-minded nations to wait until the resumed session before further promoting our bid," Foreign Minister Joseph Wu said.

Taiwan's decision to abstain from actively vying for its inclusion is due to the limited time that WHA participants will have to deliberate the response to the pandemic. The shortened agenda requires that the available time be exclusively devoted to concentrating on ways to manage COVID-19, Wu told reporters.

The event, which is usually held in Geneva over a three-week-long period, has been shortened to just two days and is being held virtually.

Taipei plans to continue pushing for World Health Organization (WHO) membership, and subsequent assembly inclusion, once the outbreak is better contained, and when "meetings will be conducted normally, to make sure there will be full and open discussion," said Wu.

US Secretary of State Mike Pompeo accused the WHO of playing politics "while lives are at stake" and succumbing to Chinese pressure by not including Taiwan. Pompeo called out WHO chief Ghebreysus over a "lack of independence" and said his decision hurt the WHO's "credibility and effectiveness."

Taiwan was invited to attend the assembly as an observer for several years, until 2016, when President Tsai Ing-wen stepped into her role. Tsai rejects the notion that Taiwan is a part of China, while China insists that the self-governing state it claims as its own territory has no right to diplomatic relations or membership in UN bodies.

However, Taiwan was one of the first countries to implement serious measures to combat the virus, with its early response resulting in a low case count of just 440, and a death toll of seven. Critics say that had the WHO included Taiwan's recommendations in its own response, the agency could have more rapidly curbed the spread of the virus.

Additionally, both the WHO and China say Taiwan has been handed the necessary help and information that it needs during the pandemic — a claim that Taiwan strongly disputes.

Daniel Lu, a Taiwanese former delegate to the WHA told DW that politics shouldn't interfere with a coordinated global response to health-related matters.

"The WHO doesn't just provide a platform to infectious diseases, but all public health issues," he said. "Health is more important than anything else. We need to look at health as a fundamental human right. It should be considered above political issues."

"It's not fair that we [Taiwan] should have to do the work all by ourselves and without collaboration and help on the international stage," he added.

Foreign Minister Wu added that his ministry felt "deep regret and strong dissatisfaction" that the WHO "yielded to pressure from the Chinese government and continues to disregard the health of the 23 million people of Taiwan."

Despite its exclusion from the WHO, Taiwan is still working closely with the US and many European countries to develop vaccines, medicines and rapid COVID-19 testing kits. The island nation has also donated millions of face masks, as well as infrared thermal imaging cameras, 35,000 thermometers and 250 automatic body temperature detection systems to foreign countries, said Wu.

WHO chief Tedros Adhanom Ghebreyesus, had accused Taiwan of driving a campaign against him. Taiwan demands an apology, and sees itself as the ''true victim of unfair treatment.''  (09.04.2020)

The election results in Taiwan, just like those in Hong Kong, have sent a clear message to Beijing. But change is unlikely given Taipei's political isolation and economic dependence on China, says DW's Frank Sieren. (15.01.2020)