Will Tsai Ing-wen′s landslide victory force Beijing to rethink its approach to Taiwan? | Asia | An in-depth look at news from across the continent | DW | 12.01.2020

Will Tsai Ing-wen's landslide victory force Beijing to rethink its approach to Taiwan? 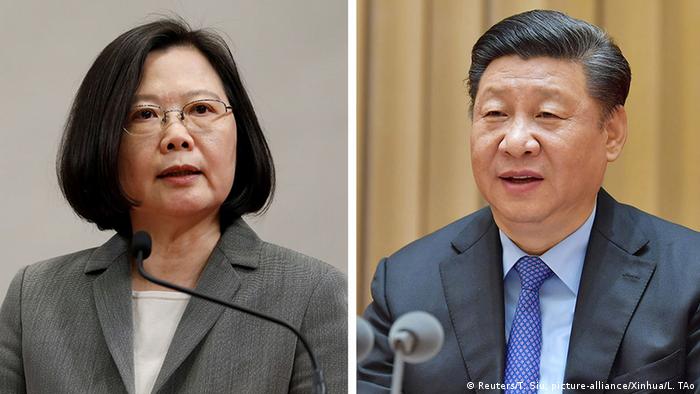 While Taiwan remains in a celebratory mood following a historic victory for the incumbent President Tsai Ing-wen, Beijing issued a solemn warning on Sunday, reiterating that Taiwan remains a part of China.

In a statement released on Sunday, China's Foreign Ministry re-emphasized its position that regardless of any change to Taiwan's domestic situation, there will continue to be one China with Taiwan remaining part of it.

"The universal consensus of the international community adhering to the 'one China' principle will not change," China's Foreign Ministry wrote in the statement.

However, many observers consider Saturday's result as a clear sign that Beijing's Taiwan policy over the last four years has failed to achieve its intended goal of bringing the self-ruled island closer to unification with mainland China.

Tsai, and the Democratic Progressive Party (DPP) support Taiwan's independence from Beijing and have rejected the 'one China' principle under which Beijing insists that Taiwan and mainland China are part of the same country, of which only the Communist Party of China is the sole legitimate ruler.

Since Tsai's first victory in 2016, Beijing has been taking a more aggressive stance, by stepping up military maneuvers and isolating Taiwan diplomatically.

Kharis Templeman, program manager of the Taiwan Democracy and Security Project at Stanford University, said the election result is a setback for Beijing.

"Tsai won more votes than she did four years ago, and that can only be viewed in Beijing as a failure of their Taiwan policy," Templeman told DW. "Their disinformation effort and influence operations in this election clearly did not work as intended." 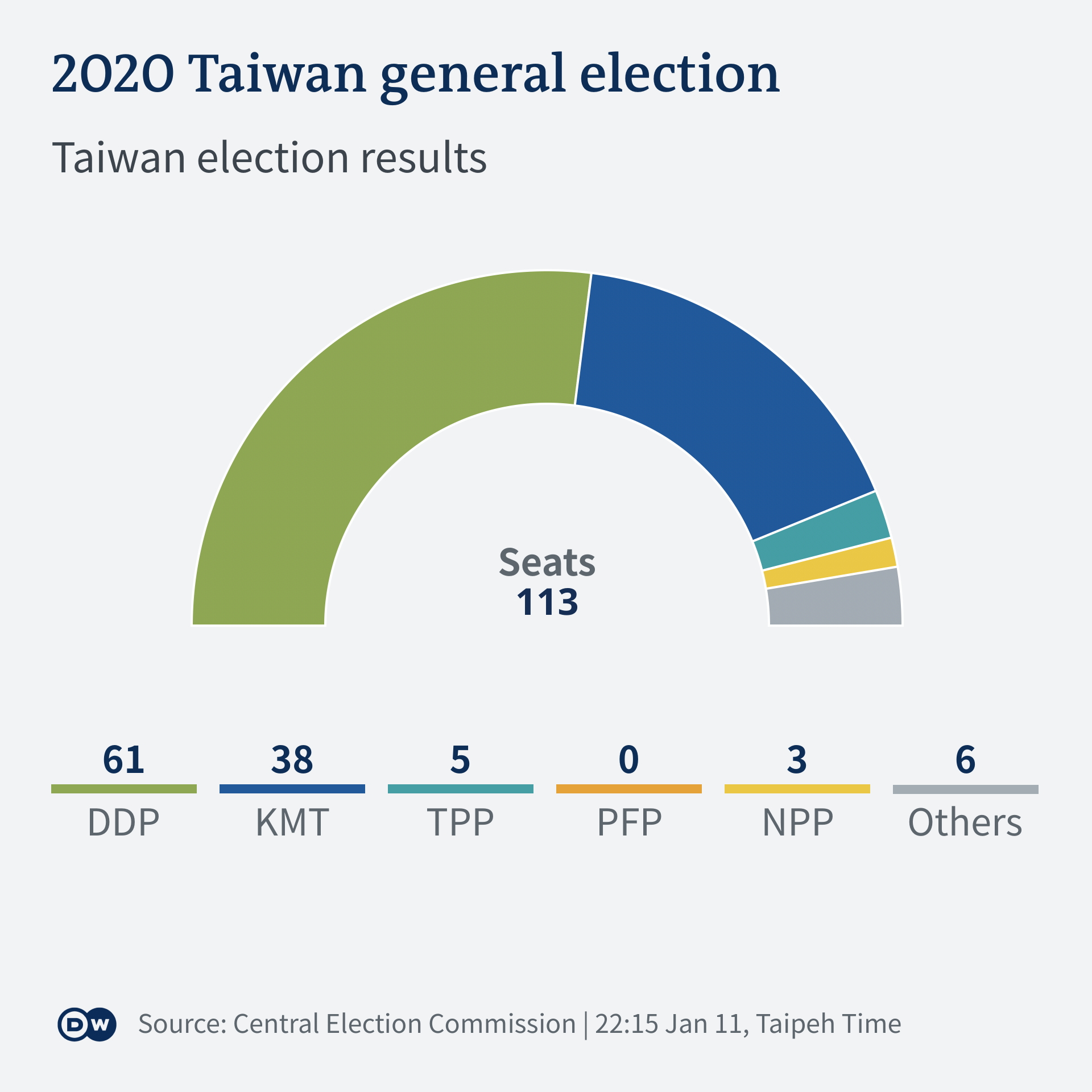 Read more: Opinion: A slap in the face for Beijing

Other experts said China's hardline policy towards Taiwan not only failed to influence the election on Saturday, but it even convinced more Taiwanese people to come out and vote. According to Taiwan's Central Election Commission, Saturday's voter turnout was nearly at 75%, a historic high.

Yen Wei-Ting, a Taiwanese political scientist teaching at the Franklin and Marshall College in the US, said China's continuous aggression towards Taiwan, and the ongoing Hong Kong protests, helped drive up voter turnout.

"Traditionally, voter turnout among young people is usually pretty low in Taiwan, but because of China and the Hong Kong protests, more young people were determined to vote in yesterday's election," Yen told DW.

During her acceptance speech on Saturday night, President Tsai Ing-Wen emphasized her commitment to maintain a peaceful and stable relationship with Beijing, and said both sides have responsibilities to ensure non-confrontational development across the Taiwan Strait.

"I want to call upon the Beijing authorities to remind them that peace, parity, democracy, and dialogue are the key to positive cross-strait interactions and long-term stable development," Tsai said during her speech. "These four words are also the only path to bringing together and benefiting our two peoples."

Some experts said that the election result means that Beijing will have to adjust its cross-Strait policy, since both economic benefits and economic coercion have failed to have an impact on Taiwan's domestic politics.

"Beijing will harden its hardline policy and soften its soft-line policy," Wang told DW. "It is very likely that China will initiate more military actions to create direct or indirect conflicts with Taiwan. It may also increase the frequency of cyberattacks on Taiwan, periodically paralyzing the function of the Taiwanese government."

Templeman said even if Beijing adjusts its Taiwan policies, domestic pressure could push Chinese president Xi Jinping to continue his pressure campaign against Taiwan over the next four years."Xi could actually be constrained domestically so he can't afford to look soft on Taiwan," said Templeman.

Taiwan's promise to the world

Apart from reiterating her willingness to maintain stable cross-Strait relationship with Beijing, Tsai also reiterated her commitment to keep working with like-minded countries around the world. Taiwan says it is an example of what a Chinese democracy could look like.

"The Republic of China is an indispensable member of the international community," Tsai said during her acceptance speech. "We are willing to work together with all countries to take on shared responsibility, take part in shared prosperity, and help maintain regional peace and stability. All countries should consider Taiwan a partner."

Since 2016, Beijing has stepped up its diplomatic isolation of Taiwan. Since Tsai took office, Taipei has lost seven diplomatic partners. Only 15 small countries currently have official diplomatic relations with Taiwan. However, Taiwan maintains informal relations and bilateral partnerships with countries around the world. The United States, for example, is Tapei's most important strategic partner.

Kharis Templeman predicts that Tsai will continue to deepen cooperation with the US during her second term.

"Her security and diplomatic team are very good at identifying opportunities to work with the US and other democracies in the region," Templeman said "I wouldn't expect that to change as they will continue to look for [similar opportunities.]”

However, Austin Wang from the University of Nevada said even though Tsai Ing-wen's administration has been actively engaging with like-minded countries around the world, the actual level of engagement depends on how much is the US involved in coordinating these efforts. "For these countries, the level of engagement with Taiwan is decided by how the US can help them balance the pressure from China," said Wang.