WHO chief Tedros Adhanom Ghebreyesus, had accused Taiwan of driving a campaign against him. Taiwan demands an apology, and sees itself as the ''true victim of unfair treatment.'' 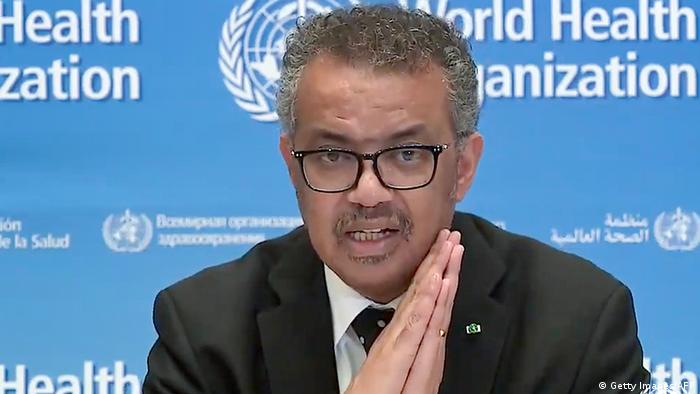 A feud between Taiwan and the World Health Organization (WHO) escalated on Thursday, with the self-governing island rejecting claims that it had been racist towards Director-General Tedros Adhanom Ghebreyesus.

During a press briefing in Geneva the day before, Tedros vocally defended himself and his agency's response to the COVID-19 pandemic. He accused Taiwan's foreign ministry of being linked to a months-long campaign against him.

Tedros claimed he had been personally attacked, had suffered racist abuse and had even received death threats.

''This attack came from Taiwan,'' said the WHO chief, who is a former Ethiopian health and foreign minister and the organization's first African leader.

Taiwanese diplomats were aware of the attacks but did not dissociate themselves from them, Tedros alleged.

''They even started criticizing me in the middle of all those insults and slurs,'' he added. ''I say it today because it's enough.''

The basis of his allegations were unclear and neither the WHO, nor Tedros provided specific examples.

Taiwan's foreign ministry reacted swiftly to the allegations, expressing its ''strong dissatisfaction and a high degree of regret" at his remarks. The island requested Tedros ''immediately correct his unfounded allegations, immediately clarify, and apologize to our country. ''

The foreign ministry insisted that Taiwan is a "mature, highly sophisticated nation and could never instigate personal attacks on the director-general of the WHO, much less express racist sentiments."

Tedros was elected to the WHO post with the strong backing of Beijing, which sees Taiwan as a renegade Chinese province.

As one of one of five permanent veto-wielding members of the UN Security Council, China has ensured that Taiwan remain barred from the UN and the WHO.

While the WHO have firmly backed Beijing's claims of openness and transparency regarding the outbreak, it has largely ignored gains made by Taiwan during the pandemic.

Despite its proximity to China and the frequency of travel between the sides, Taiwan has only reported 379 COVID-19 infections and five deaths.

"For years, we have been excluded from international organizations, and we know better than anyone else what it feels like to be discriminated against and isolated," Taiwan president Tsai Ing-wen said in a statement.

"If Director-General Tedros could withstand pressure from China and come to Taiwan to see Taiwan’s efforts to fight COVID-19 for himself, he would be able to see that the Taiwanese people are the true victims of unfair treatment," she added.

How did Taiwan get ahead of the coronavirus pandemic?