US President Donald Trump has written his first tweet of the year, accusing Pakistan of providing safe haven to terrorists. The statement signals that ties between the US and Pakistan may head from bad to worse. 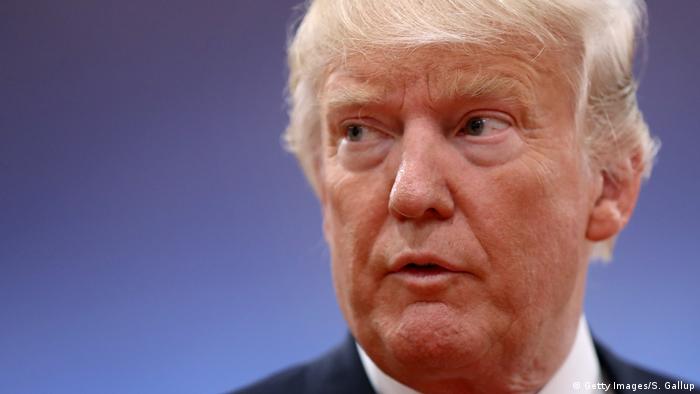 US President Donald Trump delivered harsh criticism of Pakistan Monday, accusing Islamabad of taking billions of dollars in US aid in exchange for "lies and deceit."

"The United States has foolishly given Pakistan more than 33 billion dollars (€29 billion) in aid over the last 15 years, and they have given us nothing but lies & deceit, thinking of our leaders as fools," Trump wrote on Twitter. "They give safe haven to the terrorists we hunt in Afghanistan, with little help. No more!"

It was unclear what triggered Trump to openly criticize a longtime US security partner in South and Central Asia in his first tweet of 2018.

The US has long accused nuclear-armed Pakistan of not doing enough to clamp down on Islamist militants such as the Taliban and Haqqani network.

The issue has led to tense relations between Afghanistan and Pakistan.

The US National Security Strategy published in December said that the United States sought "a Pakistan that is not engaged in destabilizing behavior and a stable and self-reliant Afghanistan."

"We will press Pakistan to intensify its counterterrorism efforts since no partnership can survive a country's support for militants and terrorists who target a partner's own service members and officials," it stated. "We will insist that Pakistan take decisive action against militant and terrorist groups operating from its soil."

In August, the Trump administration said it was delaying $255 million in aid to Pakistan.

Pakistan denies that it does not do enough against terrorism and points out that it has itself suffered when militants have carried out numerous attacks in the country targeting civilians and security forces.

Trump's tweet garnered much criticism of the United States from Pakistanis on social media.

Politician and businessman Jahangir Khan Tareen of the opposition Tehreek-e-Insaf (PTI) said Pakistan had suffered tens of thousands of deaths at the hands of terrorism.

Pakistani authorities have released Hafiz Saeed, the man believed to have planned the 2008 attacks in Mumbai. More than 170 people were killed over the three-day siege. India reacted with outrage at the decision. (24.11.2017)

US Secretary of State Rex Tillerson has urged Pakistan to up the fight against militant groups. Husain Haqqani, former Pakistani ambassador to the US, told DW that Pakistan could face dire consequence for non-compliance. (25.10.2017)

November 27 will be remembered as a "black day" in Pakistan – a day when religious hardliners forced the entire state to surrender over a blasphemy row. And the military sided with Islamists, writes DW's Shamil Shams. (27.11.2017)