Pyongyang has said it is reviewing plans to strike areas near the US territory of Guam. The news came as President Donald Trump vowed a devastating response to any escalation of North Korea's nuclear program. 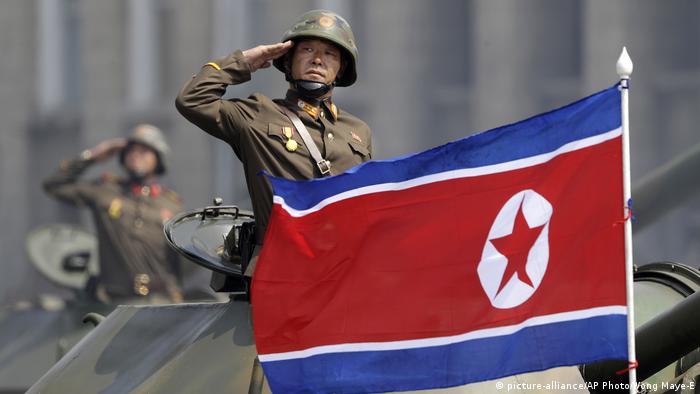 Speaking with reporters from his golf resort vacation on Tuesday, US President Donald Trump took a more aggressive tone against North Korea and its perceived nuclear threat.

"North Korea best not make any more threats to the United States," Trump said in Bedminster, New Jersey, where he is based for a 17-day vacation at his eponymous golf club. "They will be met with fire and fury like the world has never seen." 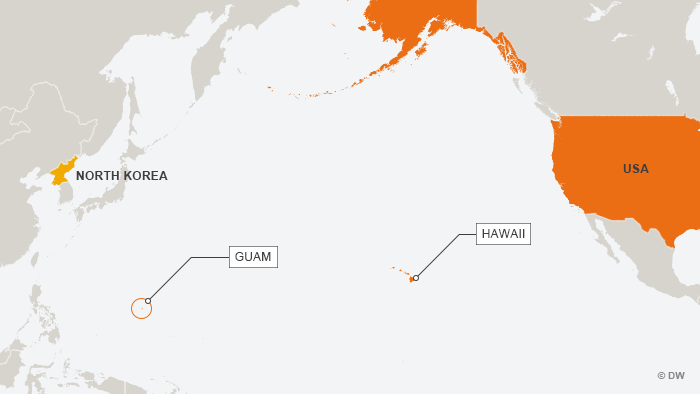 Earlier on Tuesday, Trump said Washington had to be "tough and decisive" when dealing with North Korea.

Despite assertions to the contrary, the regime appears to have become the president's No. 1 enemy.

Republican Senator John McCain later questioned Trump's threat, saying he was not certain the US president was ready to act against Pyongyang. "You got to be sure you can do what you say you're going to do," McCain said.

Trump's comments came a day before the 72nd anniversary of the atomic bombing of Nagasaki by US forces during World War II.

Hours after Trump's comments, North Korea said it is "carefully examining the operational plan for making an enveloping fire at the areas around Guam with medium-to-long-range strategic ballistic rocket Hwasong-12 in order to contain the US major military bases on Guam."

Guam's Governor Eddie Calvo downplayed the threat but said the territory was prepared for "any eventuality" with strategically placed defenses. He said he had been in touch with the White House and there was no change in the threat level.

"Guam is American soil ... We are not just a military installation," Calvo said in an online video message.

Read more:
North Korea crisis: Which country has the strongest military in the region?

Guam governor says 'no threat to our island'

Since Trump assumed the presidency in January, tensions between Washington and Pyongyang have continued to increase. The US has called on North Korea to dismantle its nuclear weapons program in exchange for sanctions relief. On Saturday, the UN Security Council levied new tough sanctions on North Korea in a unanimous vote.

Germany on Wednesday urged North Korea and the United States to show "restraint."

The escalation in rhetoric follows the release of a Japanese defense paper and reports by multiple US media outlets that North Korea has successfully produced a miniaturized nuclear warhead that can fit inside its missiles.

According to the report, which relied on high-level anonymous sources, US spy agencies had detected North Korean troops "loading two anti-ship cruise missiles on a patrol boat on the country's east coast just days ago."

Donald Trump has retweeted a report based on unnamed US intelligence sources. Just last week, his attorney general pledged to clamp down on government leaks. (08.08.2017)

The former vice president turned environmental activist says that the US will stick to the Paris Agreement despite Donald Trump's opposition. He also accused the current president of censoring scientific information. (08.08.2017)