US tells North Korea: 'We are not your enemy'

US Secretary of State Rex Tillerson says the United States would like to have a dialogue with North Korea and isn't seeking to topple its regime. Efforts to curb the rogue state's nuclear program have had little effect. 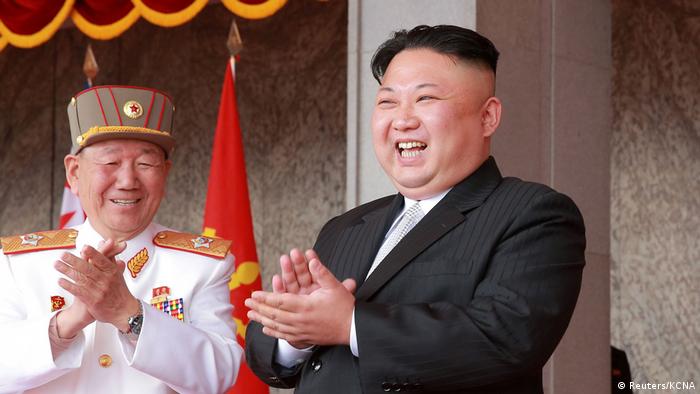 Rex Tillerson sought to assure North Korea Tuesday that the United States was not its enemy, but at the same time warned the regime it must abandon its nuclear activities.

"We don't think having a dialogue where the North Koreans come to the table assuming they're going to maintain their nuclear weapons is productive," the diplomat said.

Briefing reporters at the State Department about his first six months in office, Tillerson acknowledged there were limited options for dealing with Pyongyang, adding that he "would like to sit down and have a dialogue with them about the future." 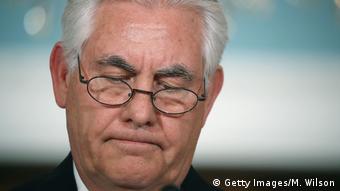 US President Donald Trump has demanded that China - North Korea's biggest trading partner - do more to rein in its neighbor.Tillerson, however, was more diplomatic, stressing that although China was in a unique position of leverage, it was not to blame for the situation in North Korea.

Missile capable of hitting US

Under the leadership of Kim Jong Un, North Korea has continued to expand its nuclear weapons program, despite a string of UN sanctions.

North Korea carried out its latest intercontinental ballistic missile (ICBM) test on Friday. Following the launch, leader Kim boasted that North Korea could now strike any target in the United States. Analysts agreed that large parts of the US mainland, including Los Angeles and Chicago, were in range of Pyongyang's weapons.

Meanwhile, a Republican senator has told US television that Trump told him he would go to war with North Korea "if they continue to try to hit America with an ICBM."

"He's told me that. I believe him, " foreign policy hawk Lindsey Graham told the "Today" show. "If I were China, I would believe him, too, and do something about it."

Graham said that the US would have no choice but to launch a devastating military strike if diplomacy and pressure from Beijing fail to curb the threat.

"There is a military option: To destroy North Korea's program and North Korea itself," he said. "I prefer the diplomatic approach. But they will not be allowed to have a missile to hit America with a nuclear weapon on top."