Donald Trump has a coronavirus infection: What happens next? | Americas| North and South American news impacting on Europe | DW | 02.10.2020

Donald Trump has a coronavirus infection: What happens next?

US President Donald Trump and his wife, Melania, have been infected by the coronavirus. This development opens up a series of questions just four weeks ahead of the presidential election. 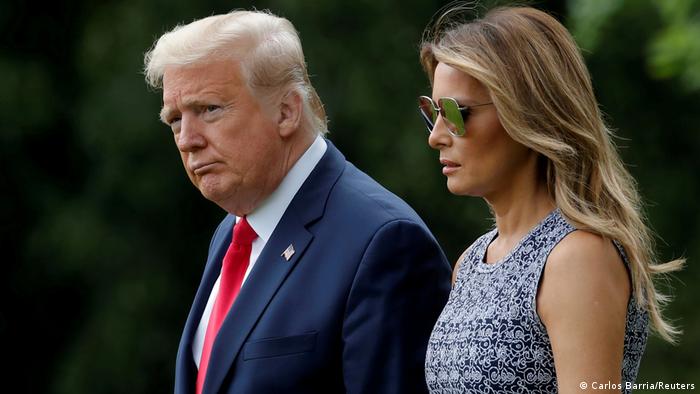 From Wednesday to Thursday, tens of thousands more people tested positive for SARS-CoV-2 in the United States, including the president and the first lady.

In a tweet, US President Donald Trump said he and his wife, Melania, would begin the quarantine process. It was not certain whether he would continue working in the Oval Office or would retire to their private rooms in the White House.

Trump's physician Sean Conley later released a memo saying the president and his wife were both well. “Rest assured, I expect the president to continue carrying out his duties without disruption while recovering," he added. 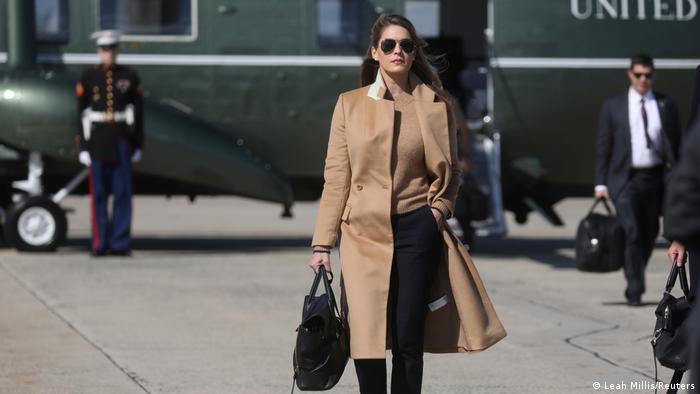 Trump's adviser Hope Hicks may have passed on the infection

Can Trump keep serving as president?

If the president does not show any symptoms, or only mild ones, he will probably be able to continue carrying out his duties. But what happens if the illness takes a more serious turn and the president develops pneumonia, which could potentially be deadly?

Based on his age, the 74-year-old is considered to be a high-risk patient. Furthermore, he is overweight, which is thought to make complications from the virus more likely. Medical assessments of the president have said he was in good health but that the self-avowed junk-food fan would benefit from more exercise. 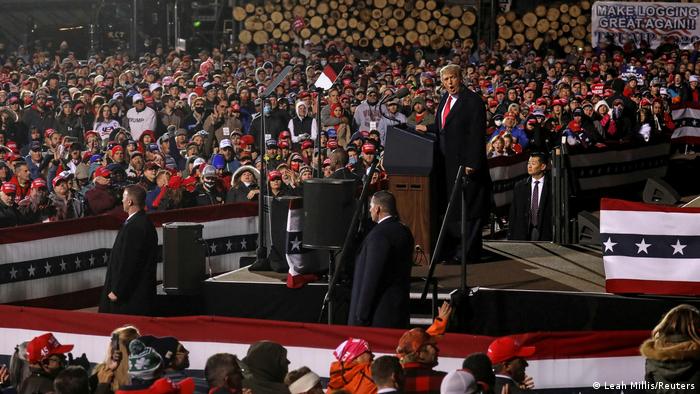 Trump's rallies have been called off for the time being

According to the US Center for Disease Control and Prevention, eight in 10 COVID-19-related deaths have been among those over 65 years old. The death rate among people aged between 64 and 74 is 90 times higher than among teenagers and the over-65 age group is five times more likely to need hospital treatment than younger patients.

Who is next in line is Trump cannot fulfill his duties?

The US Constitution stipulates that in the event of a president's death, the vice president should assume office. Eight out of 45 US presidents have died in office, four of them shot dead and four of them from natural causes. The last was John F. Kennedy, who was assassinated in 1963. Vice President Lyndon B. Johnson was sworn in as president hours later.

If a president is incapacitated as a result of illness, the Constitution also puts the vice president in charge. The 25th Amendment, which was adopted in the wake of Kennedy's death, allows for the president to ask the vice president to adopt his/her duties temporarily. If Trump were to be incapacitated, he could ask Vice President Mike Pence to take over. If Pence were unable to, then the Speaker of the House of Representatives would take over: At 80 years old, Nancy Pelosi, the current Speaker of the House, would also be a high-risk patient if infected with the coronavirus. 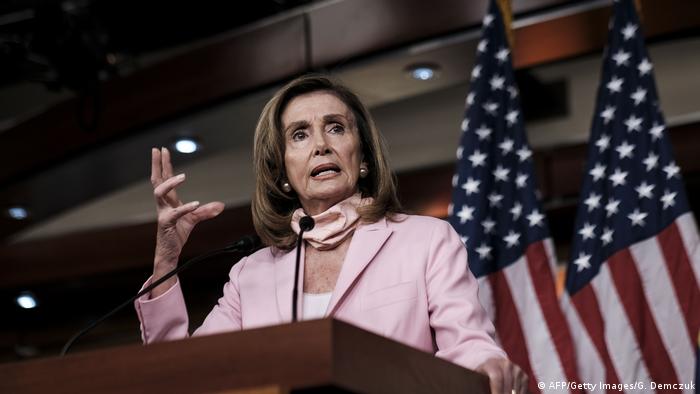 If both Trump and Pence were incapable of presidential duties, it would be Pelosi's turn

What about the November 3 election? If Trump takes part in the next scheduled debate on October 15, it may have to be via video

Even if Biden, who is 77, were to fall ill, however, the November 3 election would not necessarily be postponed. If either presidential candidate is unable to run, it will be up to their respective parties' national committees to find suitable replacement candidates. There is no procedure for the nominees for vice president to run as president instead.

If either party had to put forward a new candidate there would likely be significant legal headaches involved. Some voters have already cast their ballots by mail or in early voting. There will be major complications if electors for a candidate received votes but ended up not in the running.

All of this remains speculation for now, but it is already certain that Trump's testing positive for COVID-19 will have an impact on the Republican Party's election campaign. So far, much of the party's focus has centered squarely on the president and his ability to rally large crowds of supporters both for himself and for other Republican candidates.