Human rights activists are concerned that a year-long internet shutdown is jeopardizing the health and safety of people in western Myanmar caught between protracted conflict and the coronavirus pandemic. 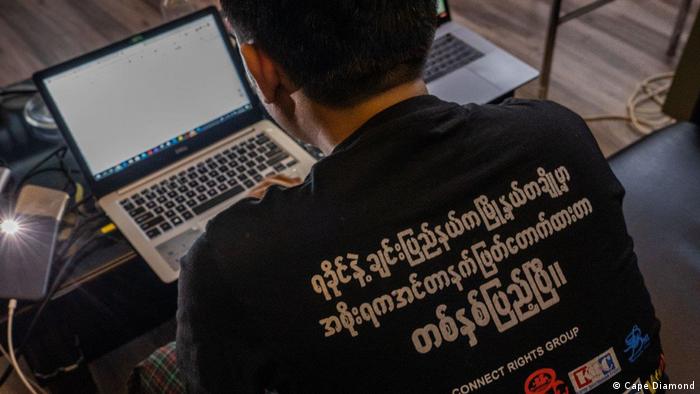 In Myanmar's western Rakhine and Chin states, an estimated 1.4 million people are currently cut off from the internet due to a year-long shutdown imposed by authorities who say they are fighting separatist militias in this rural corner of the country.

As the COVID-19 pandemic continues, marginalized communities in the region have a difficult time accessing important health and safety information online.

Myanmar authorities blocked internet access in the nine townships in the two states on June 21, 2019, citing security concerns. Rebel ethnic groups in western Myanmar have been fighting with the military for greater autonomy for several years.

Authorities say they will turn the internet back on when the security situation stabilizes. However, human rights groups are calling for the shutdown — which is currently the world's longest-running internet blackout — to be lifted immediately.

A Myanmar-based coalition advocating freedom of expression organized an online forum for the one-year anniversary of the shutdown, where over 150 participants stressed that people in Rakhine and Chin states cannot access health information without internet access.

The coalition also appealed to the World Health Organization (WHO) to urge Myanmar's government to end the shutdown.

"In some areas, people are not even aware of the ongoing COVID-19 global pandemic as they are not able to access up to date information online," Htaike Htaike Aung, director of the tech NGO Myanmar ICT for Development Organization (MIDO), told DW.

According to Human Rights Watch (HRW), the shutdown has hampered aid distribution to communities in need and made it difficult for the NGO to ensure the safety of their staff.

"How else can one interpret the government's shameful actions in obstructing information needed for humanitarian agencies to provide food and other assistance, impeding people from learning about COVID-19 and its spread, and blocking reporting about rights abuses," Robertson told DW, adding that the civilian government of Aung San Suu Kyi is at fault.

"It is civilian regulators who are imposing this internet ban. Suu Kyi should face concerted pressure from the international community until she agrees to order the internet turned back on in these areas," said Robertson. 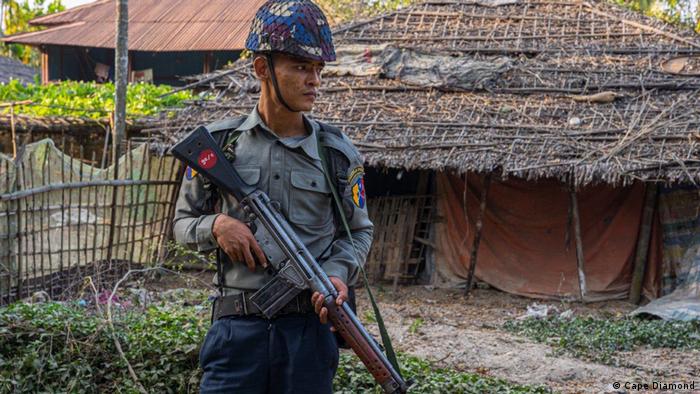 Government defends ban
The government defends the shutdown and claims that it is necessary due to the intense fight between Myanmar' military and the Arakan Army, a militant group based in Rakhine state.In Rakhine state, Myanmar's military has been accused of committing serious human rights violations. And the UN has called the military's security operation clearing of villages inhabited by the Rohingya Muslim minority a "textbook case of ethnic cleansing." The shutdown's legal basis is found in Article 77 of Myanmar's telecommunications law, which authorizes the Ministry of Transport and Communications to suspend telecommunications service or restrict certain forms of communication during "an emergency" situation.

"The law lacks safeguards, such as ensuring that the reasons for blocking are clearly defined in the law; that they are for a legitimate aim; and that they are necessary and proportionate to achieve that aim. Nor are there any provisions for democratic oversight and transparency," Bowman told DW.

The broadly worded law should be amended to bring it in line with international standards to protect freedom of expression, according to HRW.

U Zaw Htay, a government spokesman, said the government understands the concerns of human rights activists, but added security is a top priority in the affected areas and the government would provide all necessary help to the military to fight the insurgency.

"Although they don't have internet service, telecom operators are sending them COVID-19 information by text message," said Zaw Htay.

On June 12, the Ministry of Transport and Communications announced that the shutdown would continue until at least August 1, 2020.

"We will restore internet service if there are no more threats to the public or violations of the telecommunications law," said Soe Thein, the ministry's permanent secretary, at a press briefing in Yangon.