Does life on Earth depend on the planet's rotation?

Life on Earth depends on oxygen. And it now seems that oxygen depends on a slow day-night cycle, as a new study shows. 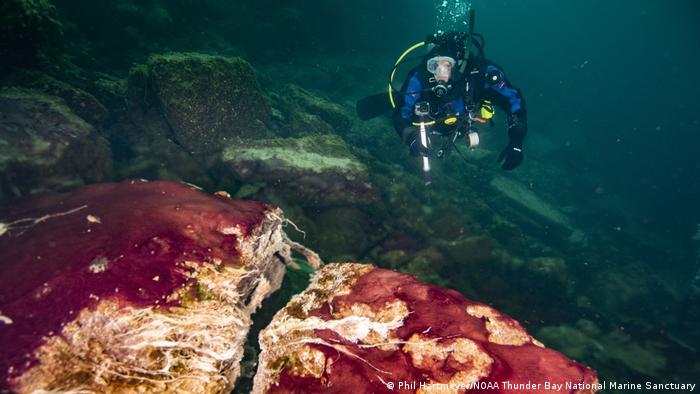 It's a question of fundamental interest to everyone, says Gregory Dick, a professor of microbiology at the University of Michigan, with a wink in his eye: "Where did we come from and what are the conditions that support life like ours?"

And that question has taken Dick and colleague Judith Klatt of Germany's Max Planck Institute for Marine Biology back to what they call "early Earth."

So, let's join them.

Earth formed about 4.54 billion years ago. The current thinking is that that's about right — plus or minus an error margin of 50 million years.

Some of the earliest signs of life on the planet, seen in rocks and fossils, for instance, have been traced back about 3.5 billion years. But, again, that's just based on the evidence we have to date: All times are estimates.

As for life as we known it — biological life — may have started a bit later. It may have been another billion years later and at some great depths in the oceans, where microorganisms called "extremophiles" thrive.

And scientists now think that those very origins of life may have been helped when the Earth's rotation slowed about 2.4 billion years ago.

Where does the earth’s oxygen come from?

A slower rotation means longer days. And longer days mean more time for those organisms to produce oxygen. It is, say the scientists Dick and Klatt, the first time the idea has been proposed. They have just published their study in the journal Nature Geoscience.

It takes about 365 days for the Earth to orbit the sun. It's actually more like 365.25 days and that extra quarter day accounts for a few discrepancies in the Roman calendar, which we adjust with leap years,  but let's park that for now.

As a rough guide, a day lasts 24 hours (but that, as well, is an average that we use to simplify things). The main point here is that those 24 hours are what we mean when we talk about the Earth's rotation.

And here's where things get interesting. The Earth's rotation hasn't always been 24 hours. It used to be faster. Scientists think a day may have been as short as six hours — billions of years ago.

Scientists are still trying to work out conclusively when, how and why Earth "oxygenated."

But this international team has proposed an apparently fresh idea.

Klatt, Dick and other colleagues have been studying "cyanobacteria mats" at the Middle Island Sinkhole in Lake Huron, USA.

At a depth of about 23 meters (76 feet), it's an area which the scientists say represents "early Earth."

The water at the sinkhole is low in oxygen and rich in sulfur. It's missing all the plant and animal life that is otherwise typical for Lake Huron, says Greg Dick.

But there's this thick purple mat or carpet of cyanobacteria.  Cyanobacteria are among the oldest known bacteria on Earth. They are aquatic and photosynthetic. They need sun light to live.

"We want to understand how oxygen was produced on an early Earth and the only significant biological source of oxygen on Earth are cyanobacteria, which evolved billions of years ago," says Klatt. 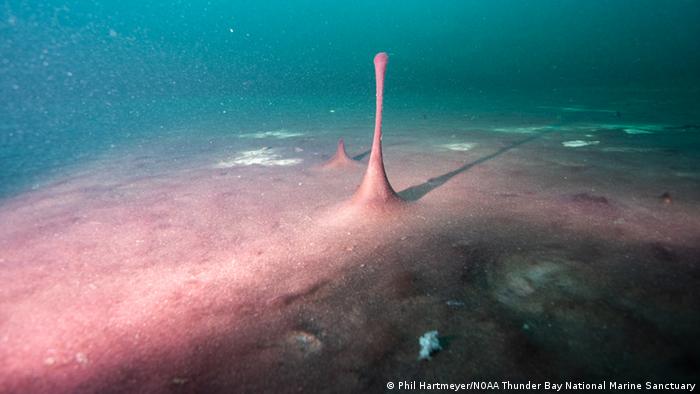 In their Nature Geoscience article, the scientists write that "oxygenic photosynthesis in microbial mats was a substantial source of oxygen for the Great Oxidation Event (GOE) about 2.4 billion years ago."

What they think is happening

The purple oxygen-producing cyanobacteria at the Middle Island Sinkhole have to "compete" with white sulfur-oxidizing bacteria in order to survive, say the scientists.

So, when the sun comes out, the cyanobacteria start to photosynthesize and produce oxygen.

"However, it takes a few hours before they really get going, there is a long lag in the morning," says Klatt. "The cyanobacteria are rather late risers, it seems. As a result, their time for photosynthesis is limited to only a few hours each day."

The air we breathe

But when days on Earth got longer — with longer stretches of sunlight — they produced more oxygen.

Brian Arbic, a physical oceanographer in the team, says that when the Earth-Moon system first formed, days were much shorter, possibly as short as six hours. But then "the rotation of our planet slowed due to the tug of the moon's gravity and tidal friction" and days grew longer.

Klatt thinks that daylength and oxygen from microbial mats are related at "a very basic and fundamental level: During short days, there is less time for oxygen to escape from the mats."

And that is, in short, the air that we breathe. So, the longer the day, the more we have to breathe?

The team includes other researchers from the Leibniz Centre for Tropical Marine Research in Germany and the Annis Water Resources Institute at Grand Valley State University, USA.

They are still investigating samples collected from the lake floor and continuing to monitor the conditions there. They want to understand what controls oxygen production in cyanobacteria and explain why, it seems, oxygen only really developed on Earth in "more recent times," says Dick.

Hundreds of bits of rocket, space stations and satellites have returned to Earth since the 1960s. They are often dumped at sea. How sustainable is that?