Documenta cancels 'Auschwitz on the Beach' performance after hefty criticism

Critics claimed the "Auschwitz on the Beach" performance planned at Germany's premiere art show relativized the Holocaust by comparing it with the refugee crisis. The Documenta now wants to open up discussion. 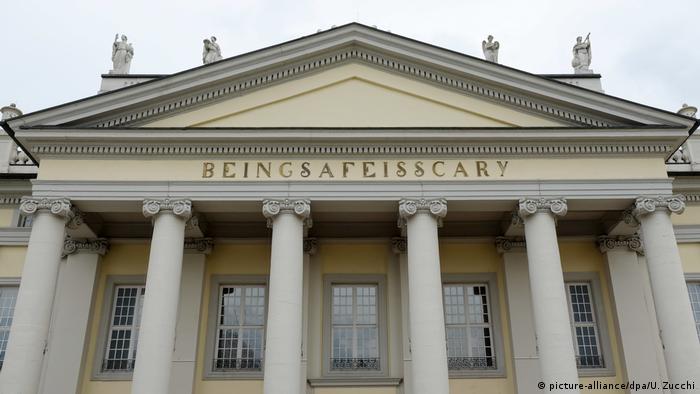 In a one-hour performance called "Auschwitz on the Beach," planned for Thursday at the Documenta in Kassel, Italian author Franco "Bifo" Berardi accuses Europeans of setting up "concentration camps" on its own territory and paying smugglers in Turkey, Libya and Egypt to do their dirty work. "Salt water has replaced Zyklon B," reads one line of the performance.

But after hefty complaints from politicians in Germany and the Jewish community, the Documenta won't be staging the show as planned, a spokesperson confirmed to DW on Tuesday.

"We respect those who feel offended by Franco Berardi's poem. We don't want to add to their pain, curator Paul B. Preciado said in a statement. However, he added that the art event, which takes place every five years in Kassel, "would not simply accept the accusations and give up critical thinking."

In place of "Auschwitz on the Beach," a reading and discussion with Franco Berardi, titled "Shame on Us," will take place on Thursday. The author's original poem, which formed the basis for the performance, will be read aloud and visitors will be invited to discuss Europe's immigration policies.

Documenta director Adam Szymczyk emphasized that the performance was never intended to relativize the Holocaust or even address Holocaust remembrance, but to shed light on the controversial situation of refugees in Europe.

City and state politicians in Kassel and the state of Hesse, where the city is located, had sharply criticized the planned performance. Hesse's state minister for science and art, Boris Rhein, recommended its cancellation, while Kassel Mayor Christian Geselle called it a "horrible provocation."

"The question of how we deal with the Shoah and the terminology associated with it and how we teach future generations about this incomprehensible crime is something that impacts all of us," commented Illan Katz, chairwoman of the local Jewish organization, while urging political leaders to take a stand against "Auschwitz on the Beach."

The Documenta is Germany's most prestigious contemporary art exhibition and runs through September 17 in the small central German city.

Editor who introduced Anne Frank to US readers dies at 93

Judith Jones, the American editor who once rescued Anne Frank's diary from a rejection pile and championed legendary cookbook writer Julia Child, has passed away of complications from Alzheimer's. (03.08.2017)

Discussions on the topic of artistic freedom, which had planned to address accusations of antisemitism, were cancelled: The art show's curators, ruangrupa, have published an open letter on the accusations.

Before being deported, Trude Simonsohn was active in the anti-Nazi resistance. She survived Auschwitz and went on to care for and support hundreds of Jewish children who had been orphaned by the genocide.