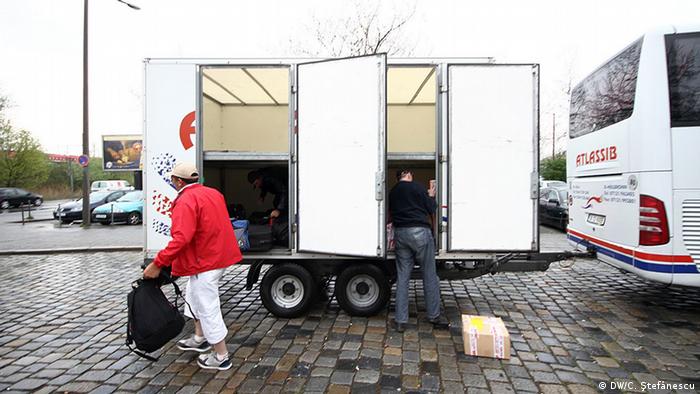 Hundreds of thousands of them have already left the small Balkan state. One of them is a 38-year-old doctor, Boban Gjakov, who traded North Macedonia for Slovenia in 2011. He says that, in his home country, you need good political connections to find a decent job.

"It's a sad and miserable feeling when you are a doctor of medicine, and the state throws you into the water like garbage," says Gjakov, a gynecology and obstetrics specialist. He adds that his decision to leave Skopje was mostly motivated by financial issues.

"I paid for my entire education, and then the starting salary in Macedonian hospitals was lower than the salary I received while working as a waiter," Gjakov says.

Western Europe needs highly skilled migrants, particularly doctors and other healthcare workers. While they are eagerly awaited in rich EU states with aging populations, young professionals are also driven from their homes by dismal conditions in North Macedonia and the entire Balkan region.

In their home countries, Western Balkans natives face job stagnation, social insecurity, financial dependency, a system of political patronage, sub-par healthcare systems, as well as discrimination towards vulnerable groups, including women and LGBT people. These are the key reasons that push them to emigrate, says Zhivka Deleva, an independent researcher at Berlin's Interkulturanstalten Westend.

The consequences are glaringly obvious in North Macedonia — according to World Bank statistics, almost half a million Macedonians already live abroad. This equates to nearly one quarter of the country's remaining population.

The situation is just as grim in neighboring Kosovo. According to the EU's Eurostat statistics agency, EU member states issued some 245,000 work residence permits to Kosovo citizens between 2008 and 2018. Almost half of these permits were issued by Italian authorities, although a large number of Kosovars also migrate to Germany.

Doctor Vigan Roka left Kosovo in 2013 to pursue his specialization in ophthalmology. He says the conditions for medical specialists were simply much better in Germany.

"My dream to become an eye surgeon was impossible in Kosovo, so I had to leave, heartbroken but very motivated," he said.

Roka now works in Detmold in northwestern Germany. The 32-year-old says that six of his colleagues in the small city come from his Kosovo hometown of Djakova.

In Albania, the demand for German lessons has skyrocketed in recent years. Olti, a 23-year-old paramedic from Tirana, has spent the last several months trying to reach the B2 (upper-intermediate) proficiency level before leaving for Düsseldorf.

"I need only a B2 level in German language and everything else is ready for me in Germany," he says.

Olti is currently employed with Tirana's Urgent Care Unit. His monthly salary works out to about €286. He is set to make about six times as much once in Germany.

Emigration is nothing new for eastern European countries. However, the latest wave is depleting the top segment of the workforce, experts say.

"The most qualified people are leaving the country and brain drain is a major problem for Albania," says Eda Gemi, a migration and integration policy expert. "We have currently a brainless country; what future can we imagine for it?"

'It's not a place where we want to live'

The future of the Balkans is also at stake because the people who are leaving are mostly young. Many of them will end up having children outside their native countries, speeding up the already rapid population decline.

Some Balkan states now seem to be hitting back. The government in Serbia has raised salaries for doctors and nurses in an attempt to slow down their migration. Authorities in Belgrade also formed a new Ministry for Demographic Policies and significantly boosted child benefits. Couples are now entitled to receive a one-time €800 payment after having their first child. After the second child, the state is also obliged to pay €80 per month over two years. The couples who decide to have a third child would get another €100 each month over the next 10 years, which is a significant sum in the impoverished country.

However, the German government is currently preparing a large-scale plan to recruit non-EU workers and speed up visa procedures, making it likely that the migration wave will continue.

Mirjana once worked as a journalist in Serbia. She now lives in Germany, unemployed and supported by her husband, who works for a German company. The couple have decided to raise their child away from Serbia.

"It's not a place where we want to live," Mirjana says of Serbia. "It is sad and depressing, it promotes wrong values, politics are bad and wrong, and I just don't see us [living] there anymore."

Serbia loses a town per year

Serbia is the most populous non-EU Balkan state with its current population of over 7 million people. Almost 655,000 have left since the fall of Slobodan Milosevic in 2000, according to OSCE data. The country loses around 50,000 — a mid-sized town — every year.

The smallest non-EU state in the region, Montenegro, has a population of roughly 625,000 inhabitants. It is also troubled by high emigration rates, with almost 17,350 receiving EU working permits between 2008 and 2018, according to Eurostat.

Moreover, a recent survey by the Westminster Foundation for Democracy in Montenegro found that about 70% of young people are considering leaving the country.

Experts admit that there is no easy solution to the challenges of migration. Local governments could try offering something they cannot get in Western Europe, for instance by developing technology infrastructure or making it easier to start up new companies.

The current brain drain happens despite the fact that these countries are still outside the EU. The fate of Romania, which joined the block in 2007, gives a glimpse into the region's future.

World Bank numbers indicate that some 3.6 million Romanians, or 18.2% of the country's population, now live elsewhere. Around 27% of them are highly skilled workers. The mass emigration has impacted the country's domestic labor market, creating shortages in areas such as science and technology.

The Romanian state needs a strategic approach to manage migration, but authorities also need to "accept the reality," according to Stefan Cibian from the Romanian-based Făgăraș Research Institute.

"With this approach, they will limit the negative consequences of such high levels of migration but also reap the benefits, because having such a large community living abroad is an immense asset," says Cibian.

This article is part of the project "Migration in the Balkans, before and after joining the EU" organized by the Kosovo Institute for Economic Development and the Făgăraș Research Institute and sponsored by the International Alumni Centre-Berlin.