Post-communist countries in Eastern Europe are part of global supply chains and the gig economy may offer a way to keep the best from leaving. But regulations are slowing efforts to slow the brain-drain. 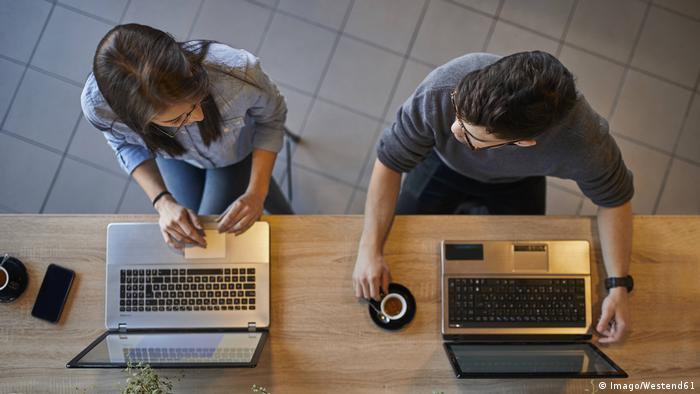 Laptops in a cafe

Tony Steadman, from EY, believes that by 2020 one in five employees will be 'contingent' workers,' otherwise known as gig workers. By 2030, about half of the workforce will actually be giggers, he says. The number of gig workers in the EU doubled in 2000-2014 and they were the fastest growing group of employees.

But this new age in the labor market is perhaps becoming a missed opportunity in some parts of Europe to halt the outflow of skilled labor, according to a report in Bloomberg.

Serbia, along with Ukraine and Romania, is in the vanguard of the gig economy in Eastern Europe. Hundreds of thousands of Serbians, as well as Ukrainians and Romanians, make a living through global freelance platforms, working for international clients.

The jobs are mostly in technology, graphics, Internet design and media, Branka Andjelkovic, a co-author of Digging Into the Gig Economy in Serbia, told Bloomberg.

Serbia, together with Romania, was ranked as one of the leading countries in both the world and Europe by the percentage of digital workforce in relation to the total population and to the total workforce.

Serbia has been at the top of the world for years in the field of crowdwork on Internet-based platforms. It is a "silent revolution," a 2015 World Bank report suggests.

Data from the Oxford Internet Institute shows that Serbia was ranked the eleventh in the world and the fourth in Europe based on the number of active digital workforce in December 2018. AnalyticsHelp says that Serbia has 3.52 digital workers per 1,000 inhabitants, compared to 1.72 workers in the U.S.

But, as the ILO notes, Serbia has experienced an unfinished transition from a centrally planned to a market economy for nearly 30 years. As the largest country of the Western Balkans, it has a strategic importance for EU accession negotiations with the candidate countries from the region.

The incomplete transition has its effects on labor markets, the ILO says. "Long-standing labor legislation reform is relevant both for EU accession and for advancement of social dialogue," it says.

A study by IDEA Consult suggests that the present labor laws may no longer be sufficiently adapted to current and future needs.

Bulgaria takes seventh spot in willingness to participate in sharing communities – free of charge or in exchange for money, according to a report by Nielsen, quoted by PricewaterhouseCoopers. The top countries, likely to share from others are China, Indonesia, Slovenia, Philippines, Thailand and Mexico.

The West is the best

Many western economies already had higher levels of protection and more flexible labor codes when the gig platforms started and are now going further: the UK, for example, proposed legislation in 2018 to increase protection for freelancers, while California has passed a bill that could force companies to reclassify gig workers as employees.

According to a study carried out by Morgan Stanley, 35% of the US working population (over 55 million people) may be engaged in some kind of temporary work and by 2027 this could reach up to 50%. In France, Germany and the UK the supply of such labor is expected to grow at a rate above the average for employment growth.

The West is arguing about how best to deal with Russia, and NATO member states from Croatia to Turkey are central to these deliberations. Some in the region have expressed forceful — and conflicting — views.