Diversity: More than meets the eye 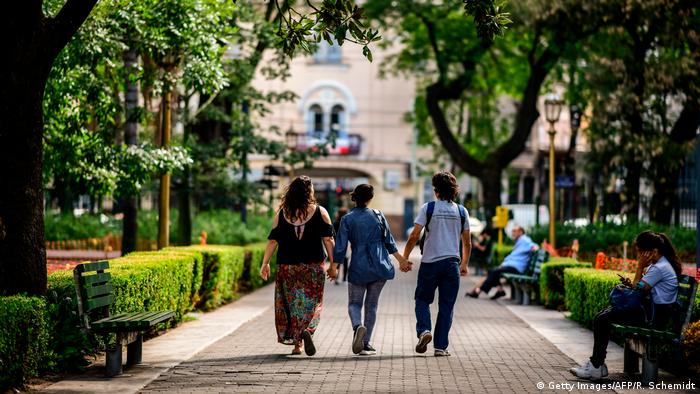 It's become commonplace to visualize diversity as something resembling a Benetton ad, but not all differences related to gender, background, religion, ethnicity and sexual orientation can be spotted at first glance.

Philippa* goes about her everyday life without facing any outwardly notable obstacles, but she does have a debilitating disability — one that isn't visible to the naked eye. Along with her partner Lukas* she has often had to fight to defend her rights.

"What I have repeatedly noticed in Germany is that people often don't believe that I have a disability. There's just no trust. You have to prove yourself all the time," the native Australian tells DW. "I'm very thankful for having Lukas in my life, who has on a number of occasions stood up for me when people yelled at me and said horrible things."

"For example, I was screamed at by somebody after using a disabled toilet. And then when I have to explain myself, (Germans) seem to use the fact that I can't express myself in the heat of the moment to their advantage. I don't feel that I look foreign, but the moment I open my mouth they realize that they can easily hurl abuse at me. And they do."

Philippa says that this is indeed a diversity issue because society has arrived at a point "where we reject sexism, racism, homophobia, but we still aren't quite there yet with the way people treat people with disability. Many buildings in Germany aren't wheelchair accessible. That would never happen in Australia." 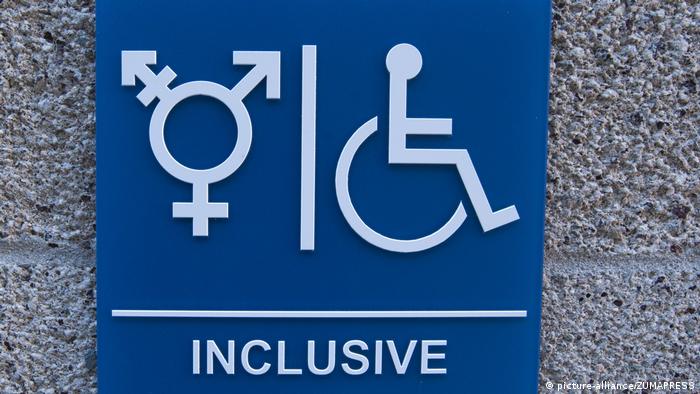 Kai, who was born in the US, has a similar problem to Philippa's when it comes to having his health issues recognized as a diversity issue. With multiple kidney transplants, he is among the high-risk people if he contracts COVID-19, and has therefore largely been confined to his home in recent weeks and months. But as a freelance journalist, this has limited his income.

In addition to facing financial hardship, the prospect of his immigration status in Germany is also linked to his ongoing employment situation: "If I can't prove that I make a certain amount each month, they can revoke my visa to live here. But with the current situation, it is difficult to find enough work. So it's a total catch-22, and I feel like I could easily fall through the cracks."

Kai says he wishes that the German immigration system could show more leniency in cases like his, feeling he's being overlooked as part of a "one-size-fits-all" generic approach to diversity that often excludes him: "I don't want any special treatment, I just want to be treated right," he says. "I didn't choose to have kidneys that hate me, just like you didn't choose to be healthy. But here we are."

Can ethnic origin kill a career?

The coronavirus pandemic has also only made things more difficult for Philippa: being in the high-risk category herself, Philippa has had to spend the past months holed up at her flat in Bonn. While observing social distancing measures, she has received help to make sure she is stocked up on supplies — but that support has come from her friends and not from any official institution.

"A number of people went out of their way to bring me food and other supplies. But I don't know what people are doing who don't have a support group like I do," says Philippa.

She also feels that she is being overlooked in new ways at the height of the ongoing pandemic: "I found it quite stunning to find out that anyone can ring up the corona-hotline in Germany and get written off sick for two weeks by simply saying that you have corona symptoms. Yet someone in the highest risk group like I am has to go in to the doctor's surgery personally to have prescriptions refilled, exposing myself to the virus. It's time now to normalize difference and accept that people have unique circumstances that deserve respect and compassion." 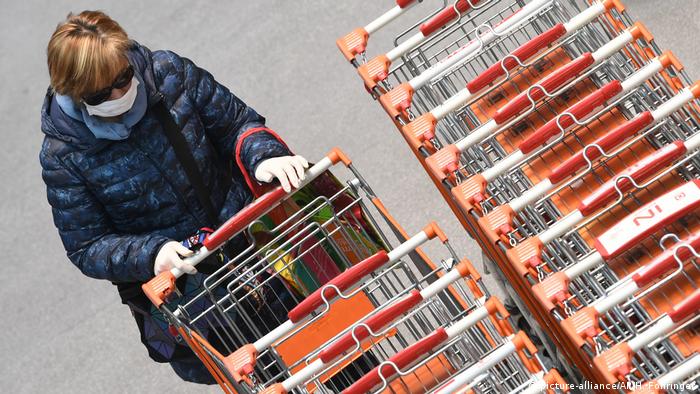 Grocery shopping is more stressful for everyone during the pandemic, but for some people, it's life threatening

A question of love

Both Philippa and Kai believe that it should legally mandatory for all organizations in Germany to provide training and workshops to heighten sensitivities in cases like these — not just to address health issues but also to become much more inclusionary in general.

"If the government changes things like that then people's mentality will change as well. In the 10 years that I've been here, I haven't seen much change in society," Philippa says, adding that she means that in general, and not just when it comes to disability issues.

Tessa*, who is also from the US and now living in Germany, agrees with that assessment —  although her diversity issue is a wholly different one: Tessa is polyamorous: "More than sex, polyamory and ethical non-monogamy are about the love aspect plus heavy doses of respect and honesty. This is a much more honest approach to love than cheating and having affairs, as there's no deceit involved. It's more ethical."

Though at first it may not seem like there is a diversity issue at play, Tessa feels strongly that a more diverse society would help her: "I still feel the need to hide my identity, so for that reason it clearly is a diversity issue. I cannot tell my employer or my colleagues about my lifestyle because people gossip, and I might lose my job due to bias or prejudice. I can't even tell my family for fear of being marginalized."

"There is nothing in terms of legislation that is preventing me from sharing my way of loving with others — unless I wanted to be legally married to more than one person. But there isn't anything to protect my choice to live this way either."

Tessa also points out that "Polyamory is probably as old as time. Traditional heterosexual marriage is the anomaly here. Due to religion, evolution and wealth accumulation, marriage included the ownership of women — a system which grew in feudal societies as a means to support patriarchy."

Philippa also regards her diversity challenges as an extension of patriarchal structures: "Men are far more difficult when it comes to diversity issues than women. I receive far more support and understanding from women than I do from many men. I want to know what they think I might be taking away from them by just asking for common courtesy and consideration."

Kai meanwhile is busy dealing with practicalities rather than theoretic issues: "I have far more immediate problems to deal with. What I do know is that I want this whole pandemic situation to be over so I can finally see my girlfriend again."

*The names of the people interviewed for this article were changed to protect their anonymity.

Diversity as the key to success

German workplaces have become more diverse in recent years. But diversity and inequality data is hard to come by and when available it often lacks complexity. A look at the current situation and what it means. (16.01.2020)

Long a mecca for the creative-minded, Berlin has been inspiring fashion trends for centuries. A look at several designers from around the world who now call the German capital home. (15.01.2019)

US: Coronavirus crisis sets precedent for working from home

People with disabilities, the chronically ill and commuters are among those relieved to be working from home. They are angry that it took the coronavirus crisis to change the concept of what a workplace looks like. (13.05.2020)

Diversity is our strength

Employees from more than 60 nations are the key to DW's success. We offer journalists, IT specialists, legal experts and many other professionals a meaningful occupation and an attractive work environment. (18.03.2020)

Transgender models on magazine covers are no new phenomenon in an increasingly diverse world. These athletes and actresses have already hit the newsstands with a splash. (11.01.2018)