Many young people in Germany love imitating the lives of their online idols, mostly because they feel like they can be just as successful and attractive as influencers.

Influencers are entertainers, trendsetters and billboards rolled into one. And, in Germany, they are role models for many teenagers and young adults.

Influencers lead seemingly perfect lives: They are beautiful, rich, and successful. According to a study by the audience measurement company AFG Videoforschung, they have now joined the ranks of athletes and singers in terms of being role models for young people. Many influencers try to make their followers feel that if they do what the influencer does, they will "be as successful and attractive," Stefan Meier, a German media scientist, told DW. It is true that children and young people have always wanted to become pop stars or professional athletes, Meier said, "but today it seems considerably more feasible for people like you and me to get on the social media pedestal and become successful."

Mimicking as part of forming identity

When children and young people imitate certain influencers, however, they tend to do it in a playful way, Meier said. This helps them to deal with alternative life concepts and their own personality development, he added. "Thus, mimicking individual behavior patterns of influencers is more likely to be constructive, creative and identity-building," he says.

It can be problematic if social media usage becomes addictive. In that case, however, it is not so much the influencers who are responsible, but mainly the family and the psychosocial situation of the young people themselves.

How did influencers become so important to young people today? The decisive factor could be their constant presence online: 70% of all 16-to-24-year-old Germans encounter influencers on social media every day — regardless of whether they click on their links consciously or by chance.

Change in media use

This, in turn, is because German youth use media in a totally different way than in the past. While previously, young people followed their favorite stars via radio or television, today their lives are on display 24/7 on social media, accessed by a simple tap on the smartphone. Young people are well connected, almost 90% of all 16-to-29-year-olds use social media, for the most part WhatsApp, Instagram, Snapchat, TikTok and Facebook. The same is more or less true for other European countries. 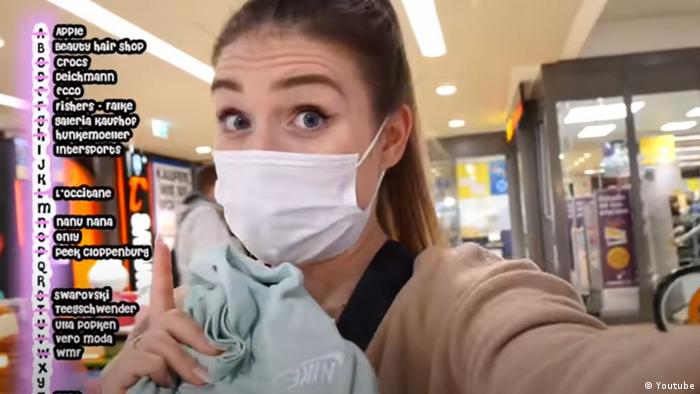 Luxury and consumption: Bibi goes shopping — and takes over a million viewers with her

Gaming for boys, beauty for girls

"If you look at the most popular YouTube requests of young Germans, BibisBeautyPalace, MontanaBlack or Julien Bam and Rezo are among them," said Angela Tillmann, the head of the Institute of Media Research and Media Education at the Cologne University of Applied Sciences.

It is striking that the most successful YouTubers are known for topics that correspond to typical gender cliches: makeup and fashion for girls, video games for boys.

Young people seek confirmation of their own gender on social media, Tillmann said. "If I, as a boy, watch 'Let's Play' (a series of videos in which someone plays a video game, editor's note), then that is seen as 'typically male' — I can position myself as 'male' through it and find connection."

Of course, gender constructions aren't only made on social media. "If the first question asked at birth is whether it is a girl or a boy and the world is then split up into pink and blue, it is not surprising that media use also develops differently," Tillmann said.

Instagram and the like remain the primary business models for influencers. They advertise certain products on their channels and that is how they make a living, even if it is unclear how much that is in concrete figures. However, estimates suggest that influencers can earn thousands of euros per sponsored post, although that applies only to those in the top league.

The problem is that the boundaries between advertising and content are becoming blurred on social media. According to a study by the Bitkom digital association,  one out of two social media users says they have difficulty distinguishing advertising from content. Nevertheless, or precisely because of this, more and more companies resort to so-called "influencer marketing." Even the German federal government spends money on influencer marketing — in 2020, that amounted to 224,000 euros ($265,796).

Influencers with a purpose

Some infleuncers are more discerning about what the companies stand for — sustainability is an important theme, for example. 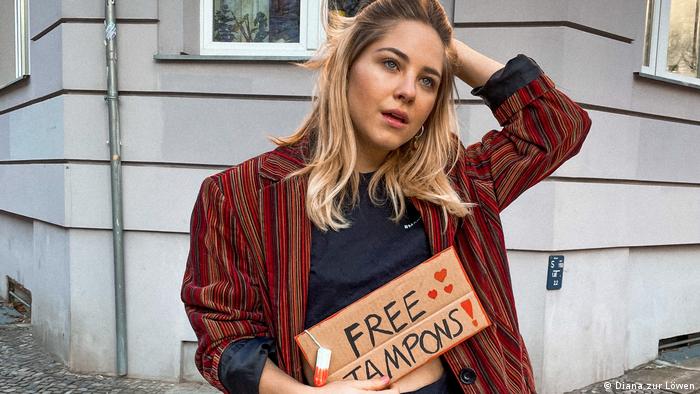 These days, zur Löwen's videos show her meeting politicians, sharing tips on finances and explaining vegan nutrition. "I see so many things every day that need to change," she told DW. "I want to make people aware that they should reflect on their behavior and I'd like to use my reach for that." She sees her role primarily as that of a big sister or good friend. "I believe and hope that my content will help and encourage many young people," she said.

Nevertheless, she, too, is ultimately an influencer and earns money from the social media business.

Translated from German by Brenda Haas

New role models? The rise of the German influencers