Travel influencers and the COVID crisis

Influencers are gaining more sway in the travel industry. But their image has recently been damaged by some of them traveling despite the coronavirus pandemic, in their quest for the perfect photo. 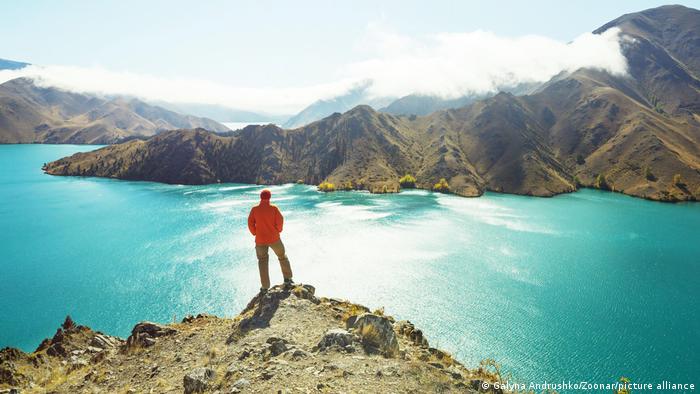 Like so many others, the coronavirus has robbed travel influencers of their livelihoods. International travel is almost impossible and advertising partners have drastically scaled back their orders. Many of them now advertise fashion, sandwich spreads or mail-order companies. But some influencers carry on regardless. Clients around the world are using them and their immense influence to market travel destinations ― especially during the COVID crisis.

Like the Gulf emirate of Dubai. It relies on social media stars to attract vacationers ― after all, it wants to become the "world's leading tourist destination," in the words of the tourism authority's website. Influencers receive numerous benefits in Dubai. In return, they are supposed to persuade people willing to travel to book their vacation in the desert city despite the coronavirus pandemic and recent scandals about human rights violations. Dubai's tourism authority did not respond to DW's inquiries. 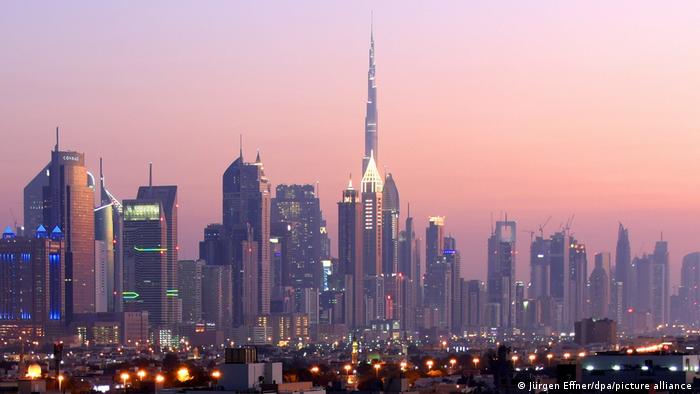 Despite COVID pandemic, Dubai wants to attract holidaymakers by partnering with travel influencers

There are also numerous pictures circulating on Instagram from the Maldives, Portugal and Mexico. Influencers are being criticized for their carefree posts ― and not just because all these destinations are coronavirus risk areas. Their business model has unexpectedly gone sour, and their glossy posts have acquired a bitter aftertaste. The fact that influencers can fly around the world while most people have to stay at home and can't even see their family and friends is a source of irritation for many.

What's more, some social media stars behave quite badly abroad. At the end of January, several influencers were deported from the Indonesian island of Bali. Indonesian authorities had invited thousands of influencers from all over the world in October and November in an effort to revive the island's struggling tourism economy. One of those expelled was Russian Instagram star Sergei Kosenko, who has some 4.9 million followers. He had celebrated a party with more than 50 guests, violating the COVID regulations, and had himself filmed riding into the sea on a moped. 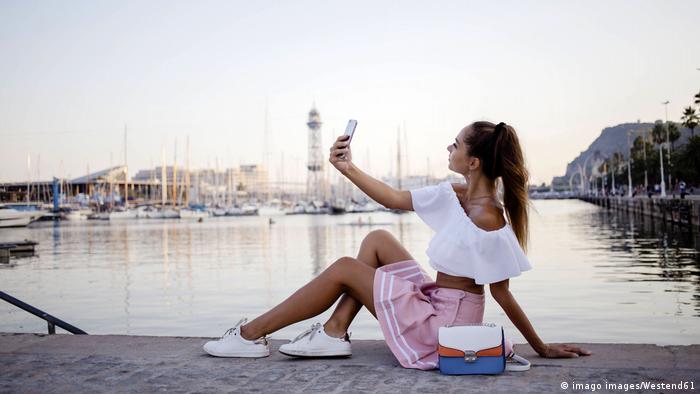 Not only do they expand the company's reach, but they also show vacation destinations from a new perspective, he explained. That's why collaborating with influencers is an "essential part" of the company's marketing strategy, Hüttenberend said. However, due to travel restrictions, many collaborations currently cannot take place.

Influencers to blame for environmental destruction?

Just how powerful the impact of influencers is on their followers becomes particularly clear whenever nature is involved. And when out-of-the-way corners suddenly become hotspots. 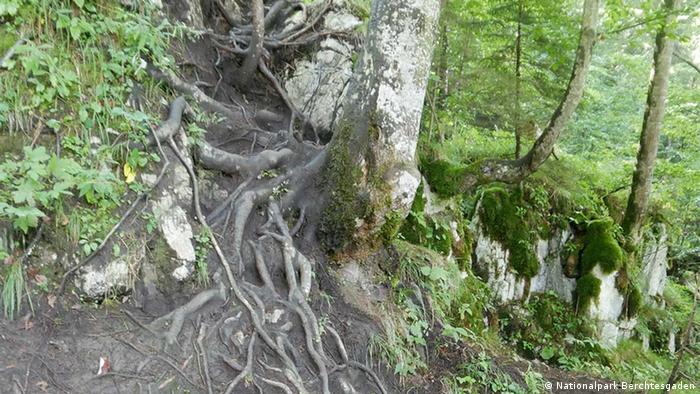 For about three years, influencers and their followers have been a problem for the Berchtesgaden National Park in southern Germany. "A veritable spider's web of makeshift footpaths has sprung up at the Königssee waterfall. This is almost entirely due to social media," explains Carolin Scheiter, spokeswoman for the national park administration in an interview with DW. Now the park's administration wants to close off the area around the infinity pool until the vegetation has recovered from the crowds of previous years. "This is not what we wanted, but we now had to pull the emergency brake," says Scheiter.

In Iceland, too, similar incidents have occurred time and again. In their quest for the perfect photo, many pay no attention to their own safety or the nature around them. They ignore barriers, trample on sensitive plants or drive off the roads. For years, the Icelandic tourism authority has been trying to combat this with educational campaigns.

New Zealand recently joined in and launched a campaign against "social media tourism." In it, comedian Tom Sainsbury encourages tourists not to copy the same photos they have already seen on social media.

Of course, it's not just influencers who are to blame for environmental destruction and over-tourism. Everyone is personally responsible for their behavior on vacation. Influencers, however, have an "inspirational and amplifying effect," as communication scientist Nadja Enke calls it. That's why it's important that they adhere to ethical principles, according to Enke, who drew up a code of ethics for influencers in 2019. 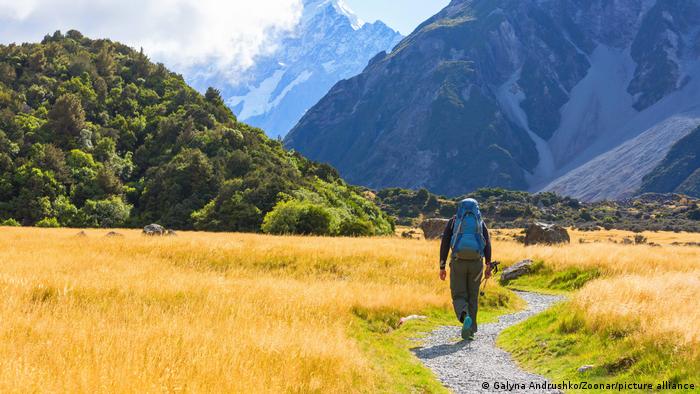 The stunning scenery in New Zealand is very popular with influencers

But there is another way, as shown by travel influencers like Kathrin Heckmann, who runs a travel blog called Fräulein Draußen (Ms. Outdoors). She has over 23,000 subscribers following her on Instagram. Heckmann is usually hiking in the mountains or on her bike. She not only shows her followers the beauty of nature, but also draws their attention to issues such as nature and species conservation. "Many people simply don't know the impact of walking cross-country through a nature reserve," Heckmann said in an interview with DW. She also tries to pre-empt imitators by, for example, adding only rough location information to her photos.

She is critical of influencers who destroy the environment for beautiful photos or travel during the COVID-19 pandemic without addressing the issue. However, it is important to her that the word influencer does not only have a negative connotation in the public. "There are quite a few influencers who do good, who educate people about sustainability, environmental protection or political issues," Heckmann adds. 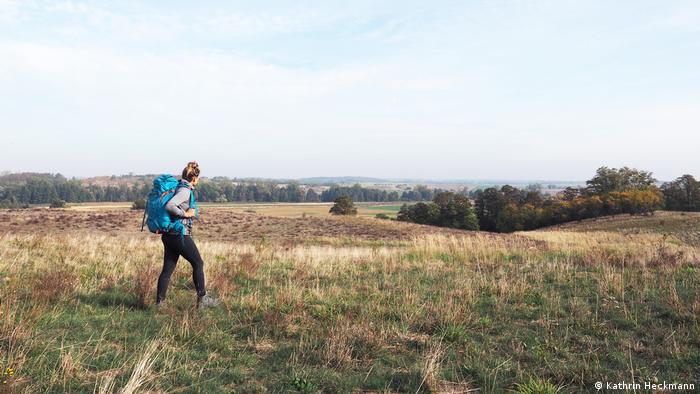 Communication scientist Nadja Enke said it is positive that followers have become more critical of influencers, but warns against "influencer bashing," Enke says some of it is not constructive criticism, but simply ends up as digital bullying, which serves no purpose.

Sustainable travel advocate Heckmann said that most travel influencers don't deserve any criticism at the moment, anyway. Most have stayed at home and called on their followers to follow suit. "There was a great sense of responsibility, even though most of them lost their livelihood from one day to the next."