Two Swedish nationals have been accused of perpetrating "terror-like action" for targeting Denmark's central tax authority with a bomb. Prosecutors said "an attack on the Danish Tax Agency is an attack on us all." 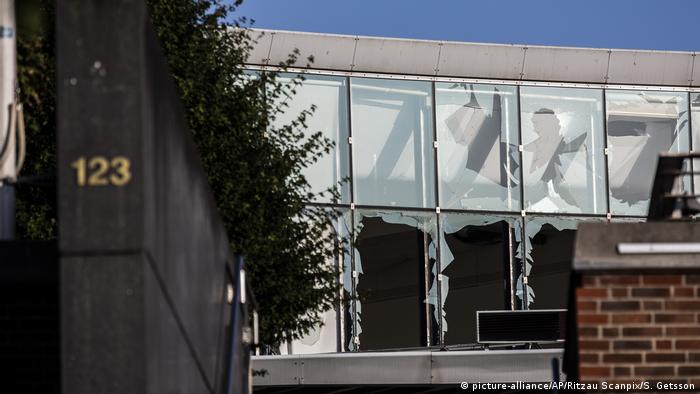 "An attack on the Danish Tax Agency is an attack on us all, and therefore this is a particularly serious case," said Danish state prosecutor Lise-Lotte Nilas.

The two men, aged 22 and 23, had driven from Sweden to the tax agency's main office in Copenhagen last August. They then planted an explosive device and detonated it.

The blast ripped through the front of the tax office and blew out the windows of the building. Two people were inside at the time of the explosion.

"Fortunately, no one was injured," said Nilas. "But the prosecution service is of the opinion that the offense is so serious it amounts to a terror-like action, and the punishment should therefore be increased."

The men, who were arrested on an international warrant by Swedish security services, face life in prison if found guilty of the charges. In Denmark, an average life sentence amounts to about 16 years in prison.

Although Danish authorities have yet to identify additional suspects, prosecutors said they could not rule out the possibility that others were involved in the planning and coordination of the attack.

Danish authorities have been on high-alert over organized crime networks based in Sweden making inroads into Denmark. Last year, Denmark briefly closed its land bridge with Sweden and introduced temporary controls at the border.

Germany: Alleged attacker of Turkish shops was IS supporter

A man suspected of carrying out attacks on Turkish shops in Bavaria was a follower of the Islamic State (IS) armed group, local authorities have said. He had several pipe bombs in his bag when police arrested him. (10.05.2020)