Inger Stoejberg's trial for illegally splitting asylum-seeking couples has begun. She's being tried for impeachment, on the grounds that she had received warnings that the separations were illegal. 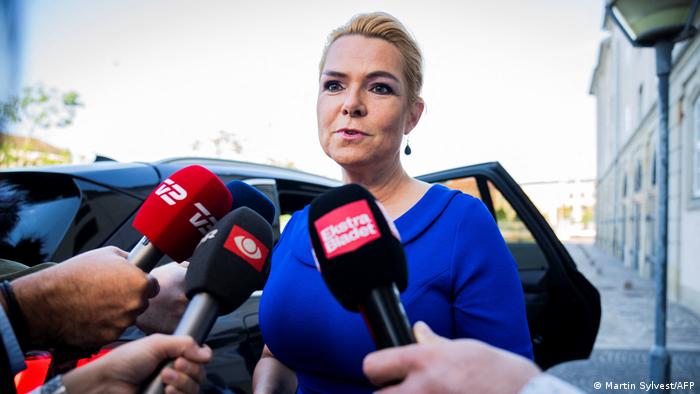 Stojberg told reporters that she expects to be acquitted

The trial of a former Danish immigration minister began on Thursday, over charges of illegally separating couples who arrived in the country to claim asylum.

It is Denmark's first impeachment trial in three decades and only its third since 1910.

Stoejberg did not address the court on Thursday, but told reporters following the first day of proceedings that the prosecution came up with nothing new to prove her guilt.

"I know exactly what I said and what I did. That is why we are seeking an acquittal," she said, before adding, "nothing new was presented today."

The 26 judges of the special court, which only convenes to try former or current members of government, will determine whether Inger Stoejberg violated the European Convention on Human Rights.

Denmark's rarely-used Court of Impeachment gathered to discuss a 2016 order separating couples when one of the pair was a minor.

Inger Stoejberg served as immigration minister from 2015 to 2019, and ordered the separation of 23 couples in which the woman was under 18, without examining the cases individually.

Prosecutors have also accused Stoejberg of "lying to or misleading" parliamentary committees when informing them of her decision, although that was not listed as a charge in her indictment. Stoejberg, however, denies any wrongdoing, despite not having examined the cases where couples were separated.

"I fully expect to be acquitted," Stoejberg told reporters upon her arrival in court.

She could face a fine or up to two years in prison if found guilty.

In February, Denmark's Parliament voted to try Stoejberg after a parliament-appointed commission said that separating couples in asylum centers was "clearly illegal'' and that she had received warnings from her department that the practice was unlawful.

In response to the parliament's vote earlier this year, Stojberg said she did "the only political and humane thing" to combat forced child marriages.

The parliamentary ombudsman and commission, however, said the decision to separate 23 couples was illegal, a fact Stoejberg had been aware of at the time.

Most of the women among the separated couples were between the ages of 15 and 17, while the men were between 15 and 32. Most were from Syria, and some couples had children or the women were pregnant. They were separated over concerns of illegal marriage, as the legal age of marriage is 18 in Denmark. The women under 18, however, said they had consented to their marriages.

The court has scheduled a total of 36 days of hearings for Stoejberg. She has made international headlines in the past year for her handling of immigration issues during her 2015-2019 tenure as minister. She has since quit her party but remains a lawmaker.

Considered an immigration hardliner, Stoejberg pushed to tighten asylum and immigration rules, and Denmark adopted a law in 2016 requiring newly arrived asylum-seekers to hand over valuables such as jewelry and gold to help pay for their stays in the country.

Stoejberg is due to testify from September 13. A total of 36 days for hearings have been scheduled by the court.