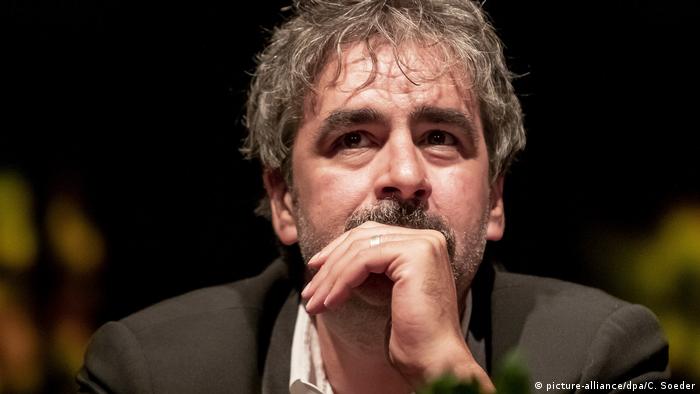 Deniz Yücel spent a year in pre-trial detention in Turkey

Nearly three years after German-Turkish journalist Deniz Yücel was released from prison in Istanbul, the European Court of Human Rights (ECHR) on Tuesday ruled that Turkey had violated his human rights.

In their decision, the court said Yücel's "detention amounted to an 'interference' with his exercise of his right to freedom of expression" when "there had been no plausible reasons to suspect him of committing an offence."

What did the court decide?

The court ruled that Yücel's pre-trial detention violated his rights in three cases, including his right to liberty and security, right to compensation for unlawful detention, as well as freedom of expression.

Regarding a fourth accusation that Yücel's lawyers had brought of not being allowed to view all the evidence against him, the ECHR decided that the journalist's rights had not been violated.

In their judgement, the justices also found that the €3,700 ($4,179) compensation offer to Yücel was "manifestly insufficient in the light of the circumstances of the case."

How has Yücel responded?

Yücel welcomed the ruling, telling German daily Die Welt that it was "gratifying" to have the court confirm that his rights to freedom of expression and personal liberty had been denied.

However, he added, it was "disappointing" that the ECHR did not confirm that he had been tortured "despite the nine months of solitary confinement and despite the psychological and physical violence I was exposed to."

"This verdict is not only important for him, but it is a victory for press freedom," Überall said.

However, he added, "as gratifying as this verdict is, we should not forget that in Turkey, journalists are still detained or being surveilled."

What happened to Yücel?

Yücel, at the time a correspondent for Die Welt, was imprisoned from 2017 to 2018. Prosecutors accused him of supporting terrorism and had sought an 18-year sentence.

Rights observers and activists pointed out, however, that Yücel was likely being targeted for his critical reporting of President Recep Tayyip Erdogan. After a failed coup attempt in 2016, tens of thousands of academics, writers, and government critics were arrested and held in prisons across Turkey, often without charges.

Yücel has said he was tortured while in Istanbul's infamous Silivri prison.

Following an international outcry, Yücel was released in 2018 and in 2019 the Constitutional Court of Turkey declared that his detention had been unlawful.

Erdogan's government continued to pursue charges against Yücel in absentia, and in July 2020 he was found guilty of supporting the banned Kurdish group the PKK and sentenced to two years and ten months in prison.