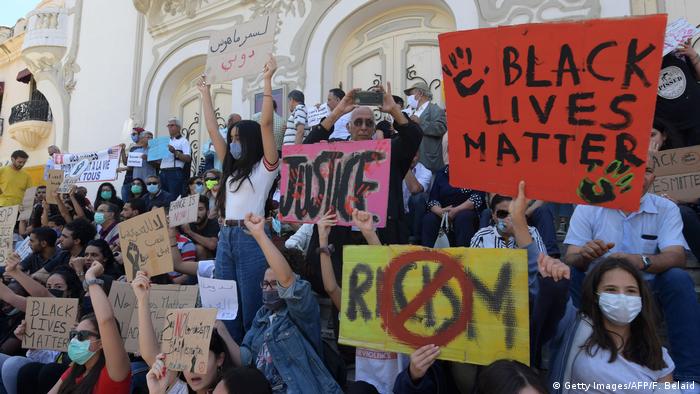 "The standard of beauty in our society is to be white," says Khawla Ksiksi, co-founder of the collective Voices of Black Tunisian Women.

"Black women are pressured to straighten their hair, get rid of their curls and to whiten their skin in order to be accepted by society and fit in by its standards," she told the Thomson Reuters Foundation.

The South Sudanese journalist Suzan Kim Otor from the community-based platform #defyhatenow recently told the Qatari broadcaster Al-Jazeera that society expected a woman who wanted to get married to be light-skinned. "If she stops using skin-bleaching products, she will notice that her friends start criticizing her," she said.

The way dark-skinned women are seen and see themselves is just one of several topics that have been hotly debated in the Arab world since the Black Lives Matter protests triggered by the police killing of the African-American man George Floyd at the end of May in Minneapolis. Many activists in the region are asking, among other things, whether there are forms of anti-Black racism specific to the Arab and Muslim world. 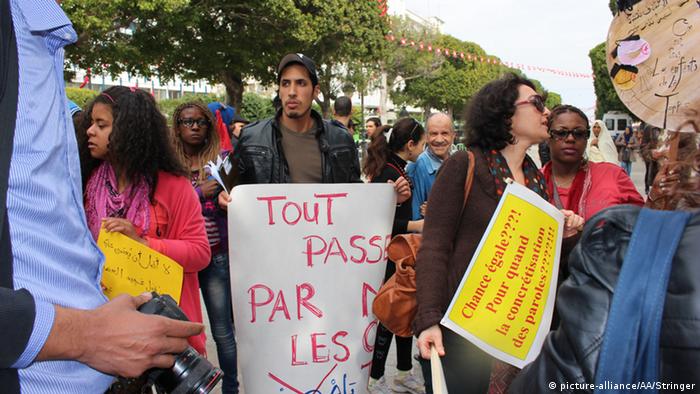 The killing of George Floyd in the US sparked protests around the globe, including in Tunisia

There are similar debates taking place among Muslims in Germany. The journalist and author Eren Guvercin, who is a member of the advisory board of the Alhambra Gesellschaft, a Muslim association, told DW that "parts of the Muslim community in Germany are examining their own racism."

"The causes of racism, anti-Semitism and other forms of hostility toward particular groups are usually the same. By degrading and dehumanizing others, people feel they can demonstrate their own superiority," he said.

He added that some had a clear conscience about such ways of thinking and acting. "Some Muslims think that they can sweep the problem under the rug simply by saying: 'A Muslim can't be racist or anti-Semitic.'" Such people, he said, were quick to see any self-critical debate as a betrayal of their own culture and history.

The "clear conscience" that Guvercin refers to can partly be attributed to Europe's colonial history and more particularly the French campaign in Egypt and Syria that Napoleon Bonaparte launched in 1798. Some Arabs internalized European norms during the colonial period, according to British-Sudanese artist Rayan El-Nayal

"I think there's definitely a form of mimicry of what Arabs face from Westerners," El-Nayal told the online magazine Scene Arabia.

"And then Arabs start to hate their own skin or their own culture — and that has an effect on how Blackness is treated in the Arab world," she said. "And it's this constant repetition … of always pointing the finger, like 'No, we're modern, but these people aren't.'"

Legacy of the slave trade

In parts of the Arab world, Black people have been described in everday speech as "servants" or "slaves," and this perpetuates long-lasting stereotypes.

For centuries, many Arab nations were involved in the slave trade, capturing people in Sub-Saharan Africa and using them as unpaid workers themselves or selling them to European slave traders. In many periods of history, slaves were also made to serve in the army. In his book "L'Esclavage en terre d'Islam" ("Slavery in the Land of Islam"), the Algerian anthropologist Malek Chebel writes that "from dynasty to dynasty, century to century, slavery became a Muslim reality."

In parts of the Arab world, this hierarchy based on skin color continues to impact on relations between various ethnicities to this day. In Egypt, for example, dark-skinned Nubians are often treated as second-class citizens.

"The Turkish-Ottoman elite were white and fair-skinned, and with colonialism, the European colonialists were also white," explained Egyptian historian Amina Elbendary in a conversation with the online magazine Egyptian Streets. "This created an association between whiteness and the upper class, especially in the modern period. This also meant that darkness was associated with working or servile class," she said.

Racism in many guises

As in all regions of the globe, present-day racism in the Arab world takes on a range of different forms. Criminal gangs in Libya have organized a modern-day slave trade involving African migrants, for example.

A Tunisian activist recently told the online platform Qantara, a DW project to promote intercultural dialogue, that taxi drivers sometimes refused to give rides to Black customers and that mixed relationships continued to be frowned upon by many families. 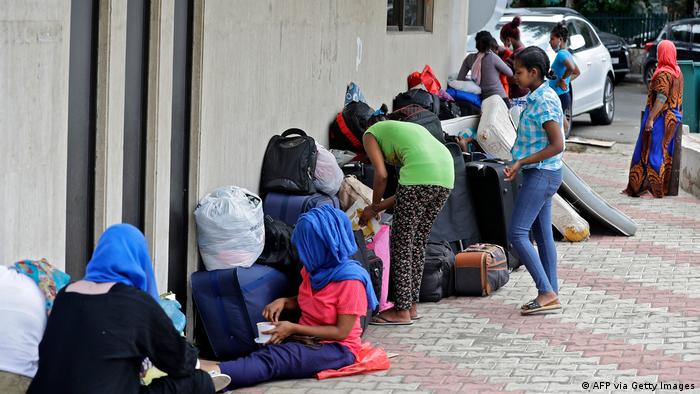 With Lebanon in crisis, many Ethiopian domestic workers were fired and left outside the embassy in Beirut

And in Lebanon, many migrant workers from Ethiopia work as domestic maids for wealthy families. Recently, dozens of them have simply been put out onto the street without pay, as their employers could no longer afford to keep them in the wake of a severe economic downturn and the COVID-19 pandemic.

Not long ago, the Palestinian actress and director Maryam Abu Khaled also posted a video on Instagram in which she criticized everyday racism and spoke about her experiences as a Black woman in the Palestinian territories.

She said that people were often not deliberately hostile but, rather, thoughtless in the way they applied racist stereotypes. She related, for example, how she had heard parents warning their children to stay out of the sun in case they began to look "like Maryam."

For Eren Guvercin, there is only one way of overcoming racism within Muslim communities: "We Muslims have to talk about this and not be silent. And we have to reflect self-critically on Islamic history and not resort to romantic escapism."

When, if not now? — Imarn takes on racism