Death of German fuels fears of far-right violence in Köthen | Germany| News and in-depth reporting from Berlin and beyond | DW | 10.09.2018

Death of German fuels fears of far-right violence in Köthen

A church service and a far-right demo have marked the death of a German following a fight with two Afghans. Authorities are striving to prevent a repeat of the violence that flared after a similar incident in Chemnitz. 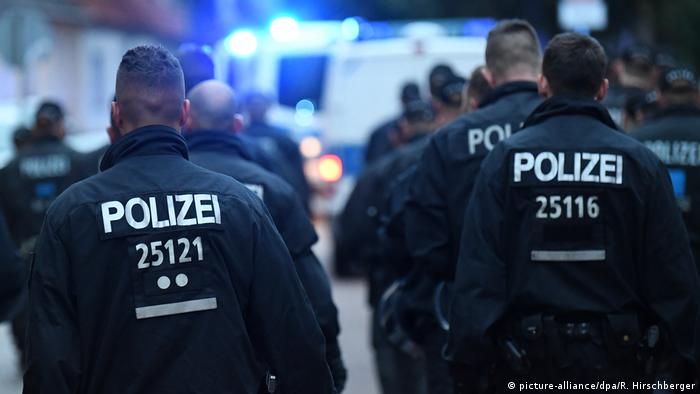 The mood in the suburban playground in Köthen on Monday morning was a mixture of sadness, tension and hostility toward the press. A small number of locals in the town in the eastern state of Saxony-Anhalt came by, some with flowers to add to those that had collected around a tree near an empty climbing frame.

This was the spot where a fight broke out on Saturday between two Afghan men and Markus B., which resulted in the 22-year-old German's death in hospital.

By the evening, the area was a hive of activity. Köthen's police force, reinforced from across Germany, had much to contend with, when three gatherings took place within a few hundred meters of each other.

First, the church in the central square held a small memorial prayer for Markus B., though Pastor Martin Olejnicki also used a brief sermon to call for peace in the city on what promised to be a nervy evening.

That sentiment was shared by Saxony-Anhalt State Premier Reiner Haseloff, who attended the service along with about a hundred Köthen residents, who lined up to light a candle for the dead man.

Outside the church, Haseloff told reporters that "I hope it will be a peaceful evening tonight, and that the rule of law will be left alone to do its work."

"I think Köthen has already sent out a wonderful signal," the state premier added, "in that the church yesterday immediately called a sermon, and the people here showed that this is a peaceful town, that people here want to live in peace, and that these incidents cannot be instrumentalized."

Haseloff's statement seemed optimistic, given that a few dozen neo-Nazis had already gathered at a square couple of hundred yards away for their regular Monday demo — they were clustered around a PA system hooked to a car battery playing the Nazi-era first verse of the German national anthem.

Despite this, and an abundance of facial tattoos and sports clothing by far-right-linked brands such as Thor Steinar and Pro Violence, one of the speakers insisted this wasn't a neo-Nazi demo, and media reports to the contrary were the work of the "Lügenpresse" (lying press).

That denial was repeated at the "march of mourning" from the town's central square to the playground led by thepopulist Alternative for Germany (AfD) and joined by some of the neo-Nazis from Monday's demo, swelling the numbers to a group of about 500.

At the playground, a wreath was laid by a local AfD leader, who called on the marchers to disperse peacefully as soon as they had paid their respects.

Despite the AfD's insistence that this was not a political event — and no speeches were held or AfD flags displayed — some of the demonstrators carried signs that said Saturday's death was "Merkel's integration" at work, or wore T-shirts that read "multiculturalism kills." 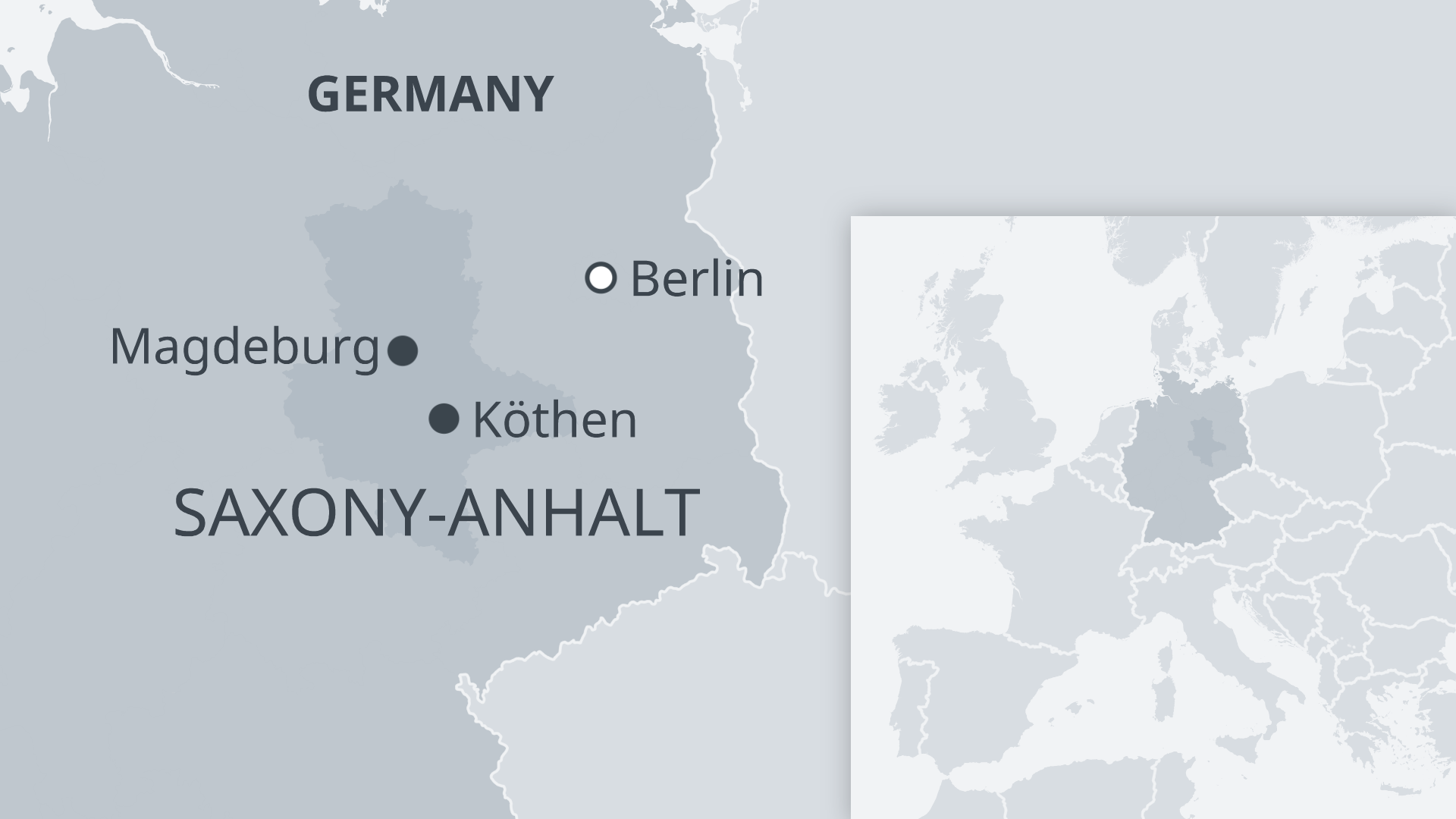 The incident had already raised fears of comparisons with Chemnitz two weeks ago — when another deadly fight triggered far-right demos and violence.

But there were also calmer heads in Köthen on Monday. "It was in the major media outlets, and then it got round really quickly," said Dennis Krüger, a young man who was also paying his respects at the playground. "And it got bigger and bigger because of the Chemnitz thing, and I think if it hadn't been for what happened in Chemnitz it wouldn't have got so big in Köthen."

"There has always been solidarity between all parties here," he said.

Read more: Chemnitz attack on Jewish restaurant: 'It is five past midnight'

About 2,500 people had taken part in a spontaneous protest the night before, however. Saxony-Anhalt Interior Minister Holger Stahlknecht said the number included a group of 400 to 500 "from the far-right scene," including some who had traveled from the neighboring states of Thuringia and Lower Saxony.

It was these people, he said, who were responsible for far-right slogans and speeches heard on Sunday. Local police confirmed that they are investigating several social media and press reports of neo-Nazi hate speech being used at the demo.

One of these reports came from the taz newspaper, which said David Köckert, leader of the far-right THÜGIDA movement from Thuringia, had made a speech in Köthen that included the passage: "This is a war, and you can really say that — a race war against the German people that is happening here and we have to defend ourselves from it. Do you want to stay like sheep that bleat, or do you want to become wolves that rip things up?"

Interior Minister Stahlknecht and Justice Minister Anne-Marie Keding were at pains to point out in a press conference that the injuries Markus B. received in the fight had not themselves been life-threatening. He had "very likely" died of "acute heart failure" brought about by a pre-existing condition. The two suspects are now in custody, being investigated for grievous physical harm resulting in death.

That news did nothing to assuage the anger of the people bringing flowers to the playground, some of whom were openly hostile to the handful of journalists gathered there. One man spat at a DW cameraman attempting to film him, sending him away with a sharp "next time there'll be trouble."

Others were willing to talk to the press — but were no less angry. "I feel terrible," one young man, Clemens Bahn, told DW. "People who do something like this need to be put up against a wall and shot."

Bahn, who said he had gone to school with Markus B., described him as "my best friend, a really nice, quiet guy." "It's awful he died so young," he added, before going over to the spot to stand alone for some time.

Thuringia's state security agency wants to determine how much the AfD distances itself from right-wing extremism — if at all. The review will be used to later determine whether the party should be put under surveillance. (06.09.2018)