Thousands of demonstrators staged a "memorial march" on Sunday after police in the eastern town of Köthen arrested two Afghan men. The circumstances of the German man's death, however, are not entirely clear. 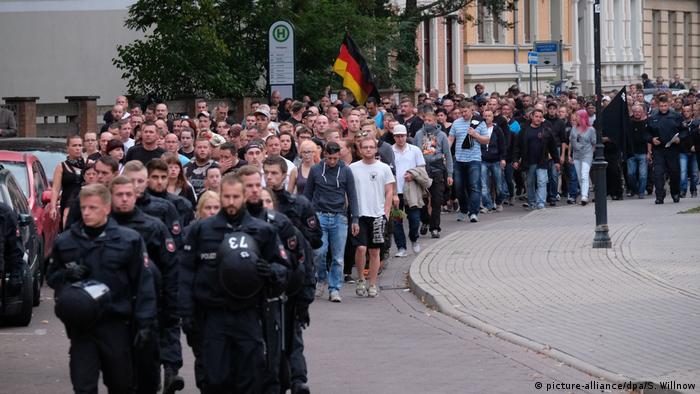 Around 2,500 demonstrators, among them up to 500 attributed by police to the far-right, held a "memorial march" in the eastern German town of Köthen in the state of Saxony-Anhalt on Sunday, marking the death of a 22-year-old German man, who was involved in a brawl with two Afghan men. Police said the demonstrators, who dispersed peacefully, were carrying German flags and chanting slogans like "We are the people" as well as nationalistic slogans.

There was also a smaller demonstration against far-right agitation.

Mayor Bernd Hauschild called on locals to shun the demonstration called by far-right groups and pointed out that some of the far-right protesters had come from other German states, not just from Köthen itself.

Earlier on Sunday, two Afghan men, aged 18 and 22, had been taken into custody. They were arrested on charges of aggravated assault and causing bodily harm resulting in death.

At a press conference on Monday, State Justice Minister Anne-Marie Keding confirmed that the deceased man had a heart condition and died of a heart attack, according to a preliminary postmortem report. His body, however, showed no evidence of trauma that could have killed him, either from being kicked or hit, Keding said. 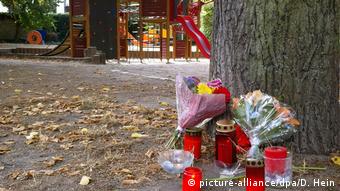 A memorial for the deceased

She said there were at least two Afghans and two German men involved in the brawl that is believed to have led to his death, but that they neither had any details on the other German man nor did they have all the details of what had occurred during the row. Police were continuing to investigate the incident "from all angles," she said.

The incident has prompted calls for calm from German authorities, after the fatal stabbing of a German man in the eastern city of Chemnitz two weeks ago triggered violent far-right protests.

He stressed, however, that the majority of Sunday's protesters were "level-headed citizens." He said police were investigating exactly what kind of slogans were displayed and chanted in Köthen on Sunday to ascertain if they amounted to incitement.