The Davos summit is taking place this year against the backdrop of a crisis that has shredded livelihoods and widened inequalities. The annual event hopes to help drive a robust, green recovery. 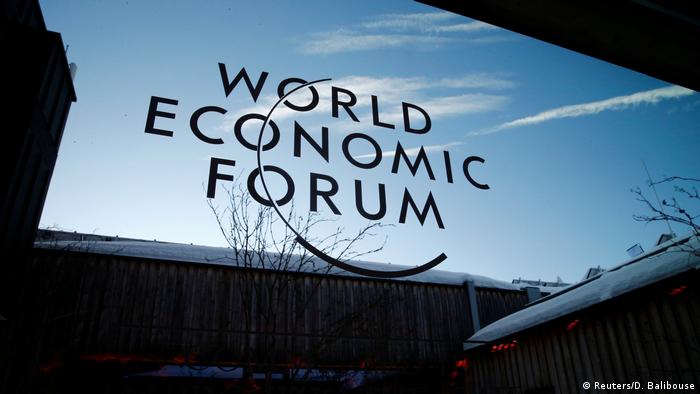 Rebuilding trust is the main theme at this year's Davos meeting

It's that time of the year again when a sleepy Alpine town in Switzerland comes alive as the global elite descends on its snow-clad slopes to debate global challenges. This year, however, Davos has been left undisturbed with its eponymous annual jamboree moving online amid a still raging COVID-19 pandemic.

Chinese President Xi Jinping, German Chancellor Angela Merkel, French President Emmanuel Macron, Japanese Prime Minister Yoshihide Suga and his Indian counterpart Narendra Modi will be among the speakers at the virtual conference that runs from January 25 to January 29. The meeting would be an opportunity for Xi to convey his vision for US-China relations to newly sworn-in US President Joe Biden — relations which grew increasingly strained under former President Donald Trump.

The more than 50-year-old annual event attended by global political and business leaders, celebrities and prominent social activists is taking place amid the worst economic crisis in living memory that has rendered millions jobless and deepened global inequalities.

An annual risks survey published by the World Economic Forum (WEF) on Tuesday warned that economic and social fallout from the COVID-19 pandemic could lead to "social unrest, political fragmentation and geopolitical tensions."

The pandemic and the uneven responses to the crisis unleashed by it have stoked geopolitical tensions. Governments have chosen to put national interests ahead of others, unilaterally shutting down borders and hoarding food and medical supplies.

Schwab said the world needs to restore trust in our world. "We have to substantially reinforce global cooperation again and engage all stakeholders into the solution of the problems we face, and here we have to engage particularly business," he said.

Nowhere has this me-first approach been more apparent than on the vaccine front where rich nations have secured billions of doses — many times the size of their populations — while poor nations struggle for supplies. The head of the World Health Organization, Tedros Adhanom Ghebreyesus, who is also one of the speakers, cautioned that the world was on the brink of "catastrophic moral failure."

The global scramble for vaccines, or vaccine nationalism, risks prolonging the pandemic and delaying the easing of global travel restrictions.

"COVID anywhere is COVID everywhere," WEF President Borge Brende told reporters. "We all are in the same boat and we would have to collaborate to really make progress."

Climate change has dominated Davos meetings in recent years and it's not going to be any different this year.

Sweeping lockdowns to rein in the coronavirus caused global emissions to drop last year, but experts fear a sharp economic recovery and an easing of restrictions later this year could lead to emissions swiftly bouncing back.

"There is a concern that we may risk doing more damage as we seek a fast return to growth in order to deal with all of the socioeconomic issues in the short term. That's where political leaders have to strike a balance," Saadia Zahidi, managing director of the World Economic Forum, told DW.

"They have to head toward greener economies, they have to take decisions that will potentially create some trade-offs when it comes to a quick return to jobs and growth."

There have been some optimistic signs. Several countries, including the European Union, have pledged billions of dollars in green recovery packages and a growing number of nations, including major polluter China, have set net-zero emission targets.

The United States is expected to join the club with President Biden taking charge. The new president recommitted the US to the Paris climate accord within hours of assuming office on Wednesday. Biden's special climate envoy, John Kerry, is expected to make a statement during the Davos agenda week.

A virtual summit doesn't mean that Davos regulars, many of them without official badges, would be robbed of their opportunity to hobnob and strike deals at glamorous receptions that take place on the sidelines of the main event.

The WEF has said it would hold its marquee event in person in Singapore from May 13-16 later this year.