Economic and social fallout from COVID-19 are among the most imminent threats to the world, a new report shows. The pandemic will leave deep scars on young people, already reeling from financial and environmental crises. 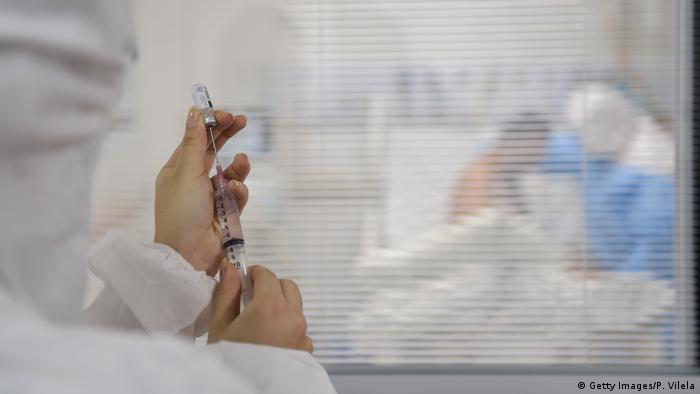 The scars of the COVID-19 pandemic will be visible for years with many of them manifesting into some of the most critical threats to the world, according to a new report by the World Economic Forum (WEF).

A survey that forms the basis of this year's Global Risks Report has revealed mass unemployment, digital inequality and prolonged economic stagnation as some of the risks that could pose a danger in the next two years.

The coronavirus pandemic, which has claimed more than 2 million lives globally, has pushed the global economy into its worst recession since World War II, rendering millions of people jobless and pushing many more into poverty.

"Job losses, a widening digital divide, disrupted social interactions, and abrupt shifts in markets could lead to dire consequences and lost opportunities for large parts of the global population," said the report.

"The ramifications — in the form of social unrest, political fragmentation and geopolitical tensions — will shape the effectiveness of our responses to the other key threats of the next decade: cyberattacks, weapons of mass destruction and, most notably, climate change."

The pandemic led to one of the swiftest organizational transformations in history as governments and businesses went digital to minimize the disruption caused by lockdowns. The restrictions spurred an unprecedented adoption of digital technologies as people were asked to work from home, schools and universities took their classes online, doctors and patients turned to telemedicine and political leaders switched to virtual summits.

But the increasing reliance on the internet has exposed the deep divide between the technology haves and have-nots both within countries and between countries, with many children unable to attend online classes because of poor internet access and businesses shutting down over of their inability to go digital.

"The elder part of the millennials those who are now in their mid-30s, they have essentially lived through two crises. They have seen the global financial crisis of 2008-09 when they first joined the workforce and now they are seeing the recession of today. So, for them their working lives have been bookended by these two crises," Saadia Zahidi, managing director of the World Economic Forum, told DW.

"Even for the younger cohort of millennials and Gen Z, there is the environmental crisis. They have seen the environmental catastrophe unfold before them. So they are also facing this double disruption," she said. "They would need additional support because this is the generation that will be scarred by this crisis and they will go on to vote and shape our economies and societies for the next 30-40 years."

The survey of more than 650 WEF members from business, government and academia found that the risk of "youth disillusionment" was being largely neglected by the global community, but said it would become a critical threat to the world in the short term.

"Hard-fought societal wins could be obliterated if the current generation lacks adequate pathways to future opportunities — and loses faith in today's economic and political institutions," the report warned.

Climate change once again emerged as a catastrophic risk in the annual report, with "climate action failure" and "extreme weather" identified as most likely long-term risks for the third straight year.

Global lockdowns led to a drop in global emissions last year, but they could not prevent 2020 from going down as the hottest year on record. A sharp economic recovery and an easing of restrictions later this year could lead to emissions bouncing back.

"The biggest long-term risk remains a failure to act on climate change. There is no vaccine against climate risks, so post-pandemic recovery plans must focus on growth aligning with sustainability agendas to build back better," said Peter Giger from the Zurich Insurance Group.

The report noted that responses to the current pandemic, which have caused new "domestic and geopolitical tensions that threaten stability," could undermine the global fight against climate change. Survey respondents rated "multilateralism collapse" as a critical long-term threat.

Can green investment change the world?