A warm winter and autumn have made the previous year the hottest ever recorded, the EU's climate change service has found. The Arctic continues to warm more quickly than the planet as a whole. 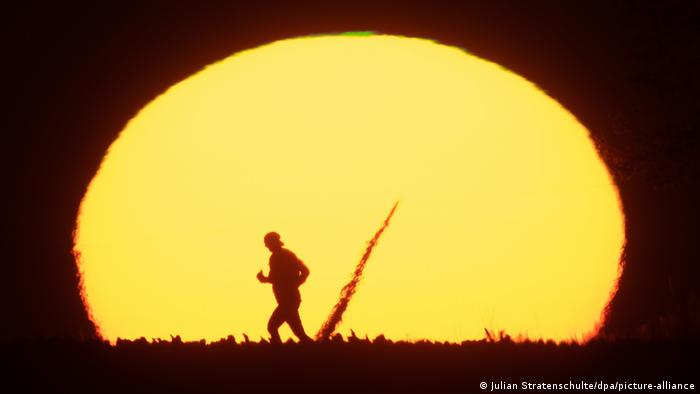 The last decade was the hottest on record globally

Last year was the hottest year on record, tying with 2016, the European Union's Copernicus Climate Change Service said on Friday.

Average global temperatures in 2020 stood at 1.25 degrees C (2.7 degrees F) higher than pre-industrial levels, according to the service.

Scientists urged governments and corporations to drastically slash their emissions in order to have any chance of achieving the 2015 Paris Agreement and to avoid a catastrophic climate change crisis.

"The extraordinary climate events of 2020 and the data from the Copernicus Climate Change Service show us that we have no time to lose," said Matthias Petschke, Director for Space in the European Commission, the EU's executive arm.

Europe had an even hotter year with an increase of 0.4 degrees over the record from 2019, while Germany saw its second-hottest year on record, according to the German Metereological Service.

Extreme weather in a warming world

The biggest jump was seen in the Arctic Ocean and the north of Siberia, where temperatures soared to an unprecedented six degrees above the former average.

The report also revealed that carbon dioxide emissions continued to rise, reaching a new high of 431 parts per million by the end of the year.

The figures are particularly alarming because, unlike in 2016, they were reached without the help of the El Nino weather event which added up to two tenths of a degree to the record four years ago, according to NASA and the UK's Met Office.

The increase in temperature has brought with it other extreme climate events such as droughts, heatwaves and floods.

In 2020 the world was also hit by a record number of hurricanes in the Atlantic, to the extent that the World Meteorological Organization (WMO) ran out of letters to name them.

Time to turn off the tap

In 2015, the world agreed to keep global temperature increases "well below" two degrees and below 1.5 if possible. A report by the UN's climate advisory panel, the IPCC, left no doubt that an increase of 1.5 would be disastrous.

The 2020 record came despite global lockdowns which led to a dramatic 7% drop in emissions.

"Since CO2 accumulates in the atmosphere like water in a bathtub, if we turn down the tap by 7%, the CO2 level just rises a bit more slowly," Stefan Rahmstorf, head of Earth system analysis at the Potsdam Institute for Climate Impact Research, told AFP.

"We need to shut off the tap to get a stable climate again."

However, emissions followed an upward trend during 2019 and the desire of governments around the world to return to "business as usual" does not bode well.

Even if every country were to stick to their pledges from the Paris Agreement, global temperatures would still reach an increase of 3 degrees C by the end of the century.

"The world has been warming at a steady rate of around 0.2C per decade since the 1970s due to human emissions of CO2 and other greenhouse gases," Zeke Hausfather, director of climate and energy at the Breakthrough Institute in Oakland, California, told AFP.