The digital and automation revolution has accelerated during the coronavirus pandemic. Business leaders at the virtual World Economic Forum are grappling with what to do about the millions left jobless. Around 150 million people in developing countries are likely to fall back into extreme poverty in 2021, as the coronavirus pandemic continues to devastate economies, delegates at the virtual World Economic Forum (WEF) were told on Thursday.

The annual Davos summit, which is being held by video link rather than in the plush Swiss ski resort, heard that despite the rollout of vaccines, the social impact of the health emergency was likely to be felt for several years.

How COVID made things worse

The WEF Global Risks Report 2021, which was published alongside the summit, revealed how COVID-19 has exacerbated inequalities in health care, education and access to technology.

The report warned that "job losses, a widening digital divide, disrupted social interactions, and abrupt shifts in markets could lead to dire consequences and lost opportunities for large parts of the global population."

The seismic shift in the world's labor market, already underway due to technological advances, has been accelerated by several years in just a few short months, prompting Angel Gurria, secretary-general of the Organisation for Economic Co-operation and Development (OECD) to warn of the potential "scarring" effect of the pandemic on workers.

"If those who lose their jobs are inactive for a long time, their skills erode and their attachment to the labor market can weaken," Gurria said, adding that those workers who had seen their incomes flatline or even fall over the past decade were particularly at risk.

"Those entering the labor force during a crisis are less likely to get the experience or training that they would get in normal times. This can blight their whole career."

While some countries have introduced strong policies to protect jobs from being lost, while helping workers to upgrade their skills during lockdown, the measures need to be rolled out globally, the Davos speakers agreed. 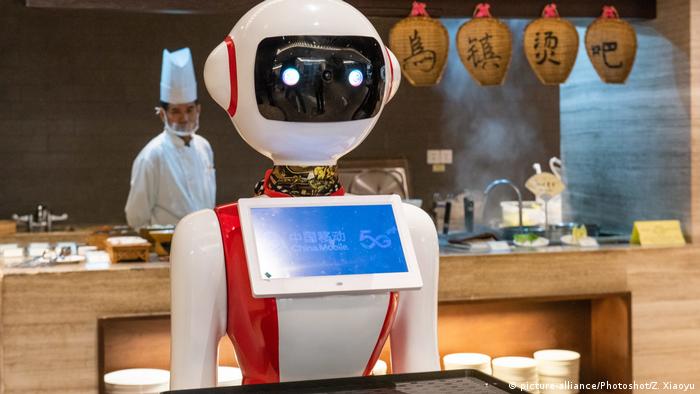 Vital to reskill the workforce

"The net outlook for jobs may still be positive, so long as countries invest in skills and education," Ryder said.

Separate ILO data released this week to coincide with the Davos summit showed that the equivalent of 255 million full-time jobs have been lost globally during the pandemic. The figure is four times greater than during the 2008/9 financial crisis and represents 8.8% of total working hours globally.

The managing director of the World Economic Forum, Saadia Zahidi, echoed the economic case for countries to boost education spending.

"This is not just an expenditure, this is actually an investment," Zahidi said. "We can add $6 trillion to the global economy through upskilling investments by 2030 because of the returns it can generate."

The failure to invest, however, could leave millions of workers jobless and forced into the black economy.

Huge populist events like the Arab Spring uprisings, the Brexit vote and the 2016 election of Donald Trump as US president, were reminders to world leaders of the risks of failing to address inequalities caused by deindustrialization and technological advances.

Amid rising pressure for governments to intervene to protect jobs in unsustainable sectors of the economy, Prising said he thinks that is often a flawed approach. While Germany's reduced-hours working program (Kurzarbeit) was singled out as an emergency stabilizer, there was skepticism over its lasting impact on the labor market.

"Rather than protecting the job we have to protect the employment, and move people into growth areas."

With tens of millions of people working fewer hours as a result of furlough schemes, the best companies have utilized this period to boost their workers' skills, delegates were told.

Addressing the many inequalities that exist in the labor market is now taking center stage globally as a result of political movements, particularly around race and gender and socioeconomic status.

Frida Polli, the co-founder and CEO of Pymetrics — a company that uses artificial intelligence to help firms to overhaul the hiring process — highlighted how workers' soft skills are often a way for them to overcome the disparity.

"Soft skills have a fantastic equalizing potential," Polli said, giving the example of frontline staff in hotels or retail who may have little experience of performing high-skill digital functions. Assessment of their communication, teamwork, critical thinking and problem-solving skills, rather than relying purely on their resume, will often reveal a "high aptitude for high-skill jobs."

"If we really want to try to mitigate growing inequality, we have to look at people's potential through soft skills," Polli said.

Joe Biden wants to spend $1.9 trillion on a relief program aimed at curbing the COVID-19 pandemic and the economic crisis it has caused in the US. DW explains what the funding is intended for and how quickly it can flow.

Nonessential firms have been ordered to close as part of Germany's coronavirus lockdown measures. It means employers have tapped a state scheme to slash working hours and avoid layoffs.