An EU Commissioner called it "the biggest scandal in Europe today." The Danske Bank-Russia money laundering affair is a shock for many in Denmark — for high-end UK realtors it's just a supply chain glitch. 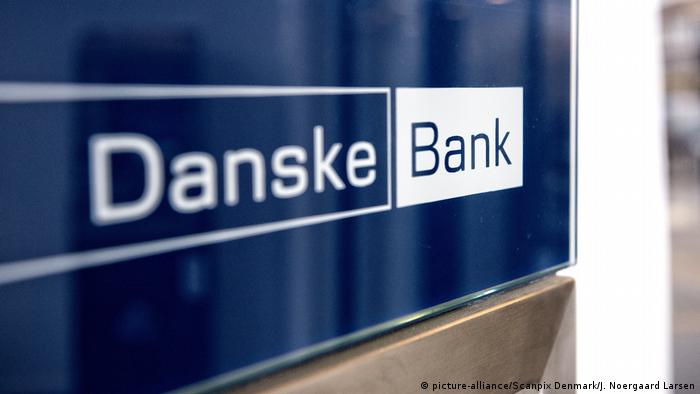 While talking about "the biggest scandal in Europe today," EU Justice Commissioner Vera Jourova was referring to recent revelations that Denmark's biggest bank, Danske, via its Estonian subsidiary, had laundered €200 billion ($235 billion) of illicit Russian cash between 2007 and 2015.

"This is absolutely massive," Oliver Bullough, author of Moneyland, told DW. "We knew widespread money laundering was going on but this confirms it in raw figures. It dwarfs anything we've seen before and given that Latvia was always much worse than Estonia in this regard, we will definitely see more come out."

But while Denmark, which regularly features in surveys as one of the world's least corrupt countries, may be in a state of shock, few eye lids batted when it turned out that much of the cash was destined for London.

UK corporate entities were the second-biggest proportion, behind Russian, of Danske's Estonian non-resident customers, a Danske report, for which it reportedly paid $31 million, said. The owners of these suspicious accounts obscured their identity behind Limited Liability Partnerships (LLPs), a British corporate structure.

In the summer of 2013, Danske discovered that one of these UK entities, Lantana Trade LLP, had filed "false accounts." The owners of Lantana were Russians, with their identities hidden behind offshore management firms based in the Marshall Islands and Seychelles. Lantana was allegedly closely linked to Promsberbank, one of whose board members was Igor Putin, a cousin of Russia's president.

Bill Browder, CEO of Hermitage Capital and a former client of the deceased Russian lawyer Sergei Magnitsky, claims that Danske was involved in a giant scam uncovered by Magnitsky.

And there is more to come, he agrees, noting three other banks in the Baltic states that are very likely conduits for stolen Russian money.  "People are only now waking up the enormity of this," Browder told DW.

In 2015, the advisory body Transparency International researched who had been granted residency in Britain on the Tier 1 "golden visa" program after the 2008 financial crisis and found that Russia was in the top two origins with 23.2 percent. Transparency also looked at suspicious London property transactions that could be subject to the UK's new Unexplained Wealth Orders and found that  21.3 percent could be linked to Russia.

A coincidence? Robert Barrington, head of Transparency International UK, doesn't think so. "At a time when the City is trying to maintain its reputation post-Brexit, its strange reluctance to address this money laundering problem risks reinforcing exactly the wrong image," he told DW. 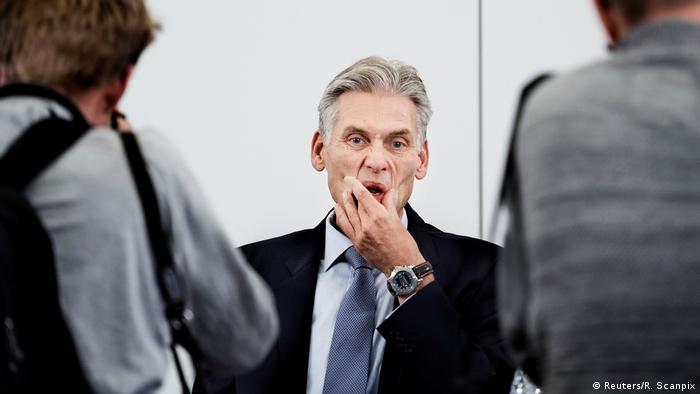 The UK's Office of National Statistics says Russian investment in the UK at the end of 2016 was £25.5 billion. But investors from Finland alone have a stake in Britain worth twice that much.

Danish investigators reportedly estimate the deposits in Danske's Estonian branch may have been just 5 percent of the total held in "non-resident" accounts, meaning €4 trillion has been potentially transited via the three Baltic states since their independence from the Soviet Union in 1990.

"Sadly the statistics are telling a misleading story," says Bullough. "Russian money that moves through another jurisdiction before arriving in Britain isn't counted as Russian and the overwhelming majority of money that enters and leaves Russia does so via tax havens such as Cyprus and the Bahamas," he says. "When money is laundered it stops having a nationality," he says.

The Panama Papers showed how much illicit wealth is channeled via Britain's Overseas Territories and Crown Dependencies and this helps explain why, by 2013, more than a quarter of Danske's "non-resident clients" were British, while another tenth were from the British Virgin Islands.

Browder says many influential people — lawyers, bankers, accountants, property developers — are dependent on dirty Russian money. "If that money was stopped, certain people would find themselves without businesses, and I think those people have political weight in this country."

Browder says he took the Danske case to the UK's NCA in 2016, but it was dropped for reasons that he says were never explained.

"The UK has to rely on mainly external sources of funds," Anastasia Nesvetailova, professor of international political economy at City, University of London, told DW.

"The City has two such sources. One is the EU. The other is emerging markets, of which Russia is one and as a global financial center, London has been welcoming to Russian money, whatever its origin, but equally so to inflows from the Gulf, capital flight from China, India, Nigeria and elsewhere," Nesvetailova says.

"Brexit endangers the main source of liquidity to the City — the EU. I cannot see how the UK can jeopardise its link to this second pool of funds as well. As we have seen elsewhere, one of the effects of Brexit has been cosying up to less savoury regimes like Saudi Arabia and Turkey, as the UK's political options become increasingly limited," Nesvetailova adds.

But there is another side to the story — the impact on Russia. In a recent interview with Vedomosti newspaper, Sergei Ignatyev, ex-head of Russia's central bank, said money laundering schemes were as widespread as ever and estimated that about $50 billion is lost to the Russian economy annually.

"That's money that could be alleviating poverty and building infrastructure. Instead, it sits as overpriced, high-end real estate in London and New York," says OCCRP founder and chief editor Drew Sullivan.

To put that in perspective, 19.2 million Russians, or 13.4 percent of the population, live on less than 9,452 rubles ($139) a month, the minimum subsistence level determined by the Russian government.

"That is the real scandal and it is not being addressed," Bullough says. "Rich countries are simply siphoning money from poor countries and they have no incentive to stop doing it."

Dealers in the global hub of the diamond trade claim EU rules against money laundering are being used to discriminate against them. Around two-thirds of them have had their US dollar accounts frozen by their banks.