Rivers are a lifeline for Myanmar's people and the environment, but a host of hydropower dams are to alter their flow. Many fear the development could spell disaster for communities and biodiversity. 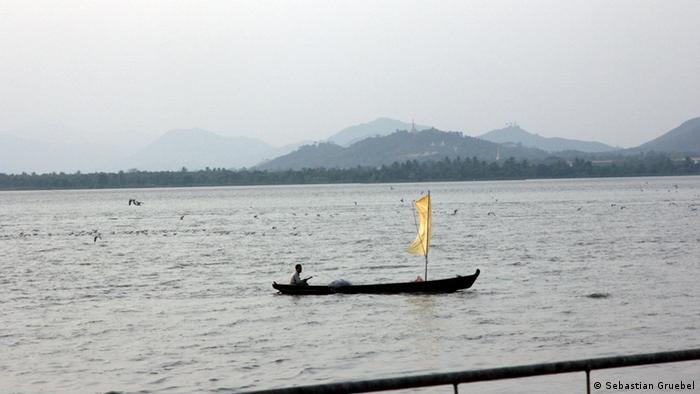 Gathered on an expansive riverbank, people wearing wide, pointed hats pass heavy sacks to each other from a small wooden boat floating lightly on the dark water. Others nearby coax their buffalo away from the water's edge, driving them and the carts they are pulling high on the bank towards small wooden huts.

It's a typical scene on the banks of the Irrawaddy River, the "lifeblood" of Myanmar. The waterway provides a source of food, work and sanitation to communities living close to its banks while also offering a lifeline for wildlife such as the endangered Irrawaddy dolphin, a number of fish species and plants living in the forests surrounding the flowing water, and in the water itself.

But the lives of those living in and around the Irrawaddy, and a number of the other rivers in Myanmar, are under threat from multi-billion dollar dams being built along the waterways to create hydroelectricity, much of which will be transported to Myanmar's neighboring countries, China and Thailand.

Threats to the ‘rice bowl’

"The Irrawaddy is very important…it has symbolic importance and for Burma as a whole it is like the lifeblood of the entire country, particularly in the delta area," Pianporn Deetes, Thailand campaign coordinator at International Rivers in Bangkok, said. The organization is dedicated to protecting rivers.

There are fears that the $3.6 billion Myitsone mega dam planned for the north of the river could block sediment flowing to the delta, which has made it a lush region home to a variety of biodiversity and known as the "rice bowl" of the country. 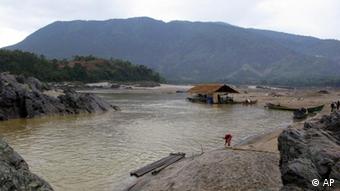 Construction on the dam began in 2009, following an agreement between the Myanmar Ministry of Electric Power and energy firms, China Power Investment Corporation and Myanmar's Asia World Company, according to International Rivers. Once finished, it will provide 6,000 megawatts of electricity, 90 percent of which will be transported to China.

Following heavy protest from local communities, Myanmar's President U Thein Sein announced in 2011 the project would be suspended at least until the end of the government's term next year. But the government is coming under increasing pressure from the companies responsible and Deetes fears the project could continue in the future.

"There could be a loss of fertility up the Irrawaddy as a whole, as well as the delta area, which is very important agriculturally," Deetes said.

Elsewhere, 13 hydropower dams are planned for the Salween River, which at 2,800 kilometers is one of the longest free-flowing rivers in southeast Asia, stretching from the Tibetan mountains through China, Myanmar and Thailand. Six of those dams will be built in Myanmar, creating a combined capacity of more than 15,000 megawatts of electricity. 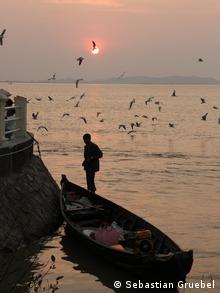 The Salween River, one of the longest free-flowing rivers in southeast Asia, will have its flow altered

Little is known about the biodiversity contained in and around the river. But, environmental organization WWF says there are around 140 different fish species in the Salween including minnows, as well as freshwater terrapins and the Asian small-clawed otter, and experts say hydro development could have a big impact on the creatures and their habitat.

"The proposed dams will have obviously deleterious effects on fish and fisheries; the dams will block fish from migrating up and downstream, which for many species is needed for spawning," Vanessa Lamb, a postdoctoral associate at the York Centre for Asian Research at York University in Toronto, said.

"The issue of fish and fisheries is of concern not only because it would affect biodiversity, but also because many people in the basin rely on the river as a source of livelihood and food," she added.

One of those dams, the $2.6-billion Hat Gyi is to be jointly developed by the Electricity Generating Authority of Thailand (EGAT) International and China's Sinohydro Corporation to generate 1,360 megawatts of electricity, according to Salween Watch, an NGO working on environmental issues in Myanmar.

An environmental impact assessment for the dam, located around 47 kilometers from the border with Thailand, proposes "fish ladders," or even "fish elevators," structures designed to assist fish in passing the obstacles, to combat the problem. But, Lamb said the technology does not exist to accommodate the different species and sizes of fish that would need to cross the dam and which navigate the river at different water levels and during different seasons.

But it is not only the rivers themselves that could be impacted. Activists working on the ground say they have already seen the negative effects of dams on the surrounding land. 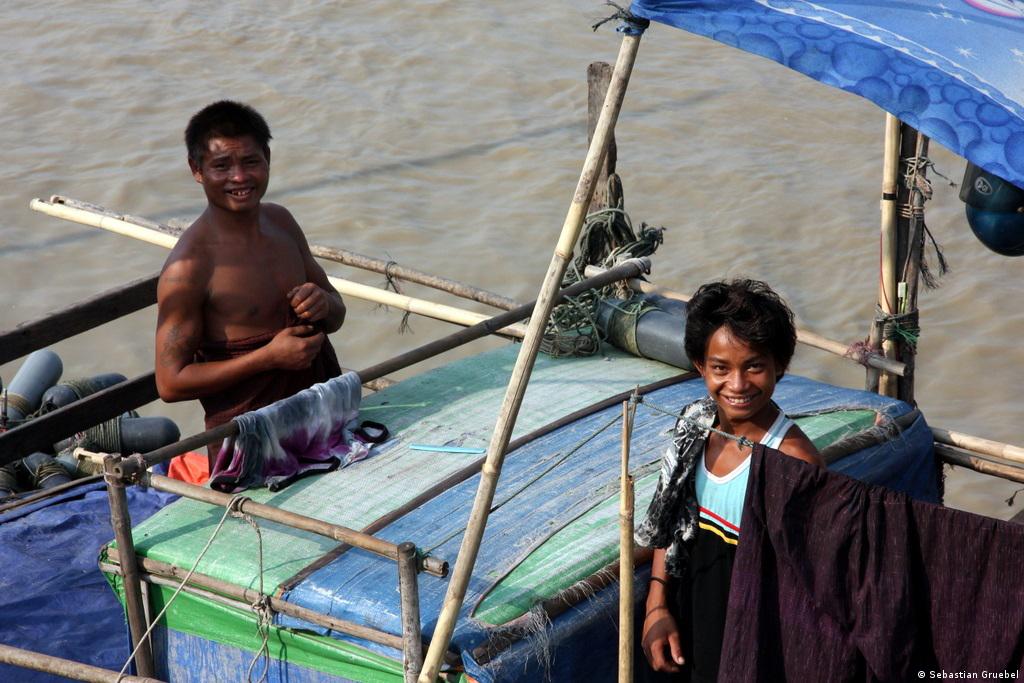 "They [the companies] are already doing logging, landscaping and mining and some of the farmland of local people has been destroyed," Ah Nan, coordinator at Burma Rivers Network, which represents dam-affected communities in Myanmar, said "It has already changed and polluted the river, but local people are still using the water and eating the fish."

Still, while highly controversial, hydropower provides the largest source for renewable electricity – an estimated 16 percent - with most growth in the industry due to come from emerging economies, according to Esther Frey, manager, wind and hydropower at Germany Trade and Invest.

"In these [developing] countries, large and small hydropower projects can improve access to modern energy services and alleviate poverty and foster social and economic development," she said, adding these long-terms benefits could, in some cases, outweigh the costs.

Even so, Naho Mirumachi, a lecturer in geography specializing in water conflict and cooperation at King's College London, said a broader concern is the cumulative implications multiple dams may have on the country's rivers.

"If you're going to have an accelerated phase of dam development along the whole stretch of the river, then what's that going to do beyond the individual impact?" she said. "It's something that has been talked about, but not analyzed in depth."

Having studied the effects of dams in the Mekong region, which spans across southeastern countries including Laos, Cambodia and Vietnam, Mirumachi said changes to livelihood for communities have been documented.

"People having less means of supporting their livelihood as a result of less fish catch, unpredictable water flows or changes to sediment load to the bank," said Mirumachi. "But whether that can change public policies or business practices, I think is a different story."