Daimler to cut thousands of jobs worldwide by 2022 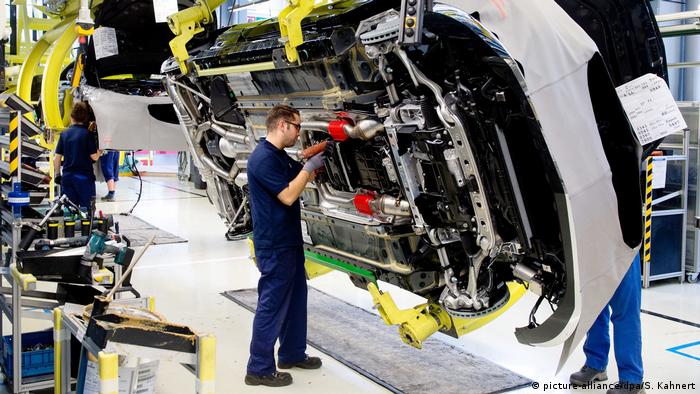 German carmaker Daimler announced Friday it would slash at least 10,000 jobs worldwide to help cut costs as it rolls out electric vehicles.

The Stuttgart-based maker of Mercedes-Benz said it aims to "cut thousands of jobs" worldwide by 2022 that would save €1.4 billion ($1.5 billion) in staff costs. The layoffs include eliminating 10% of management positions, amounting to some 1,100 jobs.

Daimler personnel chief Wilfried Porth later told reporters the reduction would be "in the five-digits."

The cull aims to divert resources to develop CO2 neutral vehicles that require "large investments," Daimler said in a statement.

"The automotive industry is in the middle of the biggest transformation in its history," Daimler said.

The iconic German automaker has been struggling with falling profits, hurt by expensive recalls linked to its diesel engines, softening demand amid a global slowdown and trade tensions, as well as a costly switch to electric vehicles.

Along with other manufacturers, Daimler is rushing to comply with tougher and costlier EU emissions rules that come into force next year.

The group's announcement comes after competitors also announced cost-reducing staff cuts over the next years.

Germany's Audi said earlier this week it plans to eliminate 9,500 jobs by 2025 to make itself more "lean and sustainable," saving €6 billion in costs. Volkswagen similarly announced 7,000 job cuts in March, as it plans to invests tens of billions of euros in electric vehicles.

The German automaker has warned that tougher emissions rules in the EU will hurt its profits over the next two years. Daimler is struggling with falling profits as it looks to make a costly switch to electric vehicles. (14.11.2019)