German carmaker Daimler, which makes Mercedes-Benz cars, has announced a recall of over 1 million vehicles worldwide due to faulty wiring. The problem was discovered after airbags began randomly deploying in some cars. 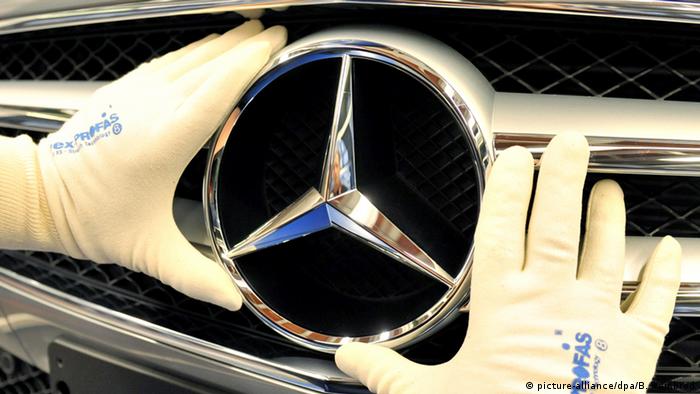 More than 1 million cars around the world are being recalled over a wiring defect, a Daimler spokesperson said in Stuttgart on Monday.

The German automaker, who manufactures Mercedes-Benz cars among others, discovered a defective cable in the steering column.

The problem was first uncovered after airbags in some cars would deploy spontaneously.

Around 400,000 Mercedes-Benz cars are being recalled in Britain as well as several hundred thousand in Germany, a spokesman told German news agency DPA.

A spokesman for Mercedes-Benz in the United States said some 495,000 cars are subject to the recall there.

The recall notice in the UK concerns cars sold between November 2011 and July 2017, a Mercedes spokesman said.

A range of Mercedes-Benz models are affected, including the A-Class, B-Class, C-Class and E-Class cars, as well as the CLA, GLA, GLC, GLK and some V-Class models.

The product recall is due to begin in the coming weeks when the replacement parts become available.

Nissan recalls all cars it's sold in Japan since 2014

After authorities found major irregularities regarding final vehicle inspections, Nissan has announced a recall of 1.2 million cars sold domestically over the past three years and apologized for the "inconvenience." (06.10.2017)