Czechs are trying to salvage summer plans and help out Croatia's tourism season in the process. Czech travel associations have proposed a "corona corridor" to the Adriatic Coast. Is it a realistic plan or not? 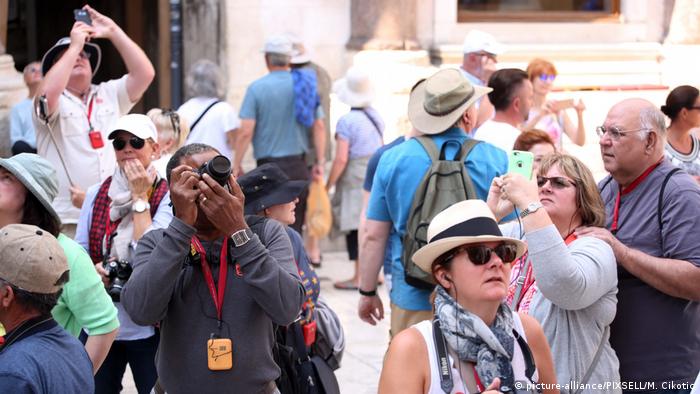 Travel associations in the Czech Republic have proposed the idea of a so-called "corona corridor' to the Adriatic Coast, enabling foreign visitors to bypass the currently obligatory 14-day mandatory self-isolation period. Croatia's Prime Minister Andrej Plenkovic has reportedly spoken with his Czech counterpart Andrei Babis to discuss the idea.

Lockdowns have brought the tourism sector grinding to a halt, the UN's World Tourism Organization (UNWTO) warning that the pandemic could see global international tourist arrivals down 20-30% this year. The European tourism industry alone is expected to see a financial loss of roughly €1 billion ($1.15 billion) per month, European Commissioner for Internal Markets Thierry Breton said.

Croatia's tourism revenues are expected to fall 75% this year, Tourism Minister Gari Cappelli said in an interview with the Glas Istre newspaper. Income from tourism has broken annual records over the last several years, at about €10 billion in 2019. Croatia relies on revenue from tourism for about 20% of GDP. The government has said some measures could be eased if the rate of new infections falls over consecutive days.

The Association of Czech Travel Agencies proposed the Czech government sign a treaty with countries that have kept COVID-19 at bay, such as Croatia, Slovakia and other more distant countries. The 4.2-million country has reported only 33 coronavirus-related deaths, one of the lowest fatality rates per capita in Europe. The deal would allow mutual travel for citizens in both directions and early plans include direct connections from Prague to Dubrovnik and Split. Croatian officials said this week they were considering reopening marinas, some campsites and hotels in remote areas.

"We have asked ministries to find a solution to save the summer tourist season," Jan Papez, president of the Association of Czech Travel Agencies, told Jutarnji List.

The Dalmatian coast is one of the most popular destinations for Czech tourists, known commonly as "our sea." Over 800,000, about 8% of the population, spent their holidays in Croatia last year with 5.4 million overnight stays. "The Czechs are exactly the market we counted on the most," the director of the Split-Dalmatia County Tourist Board, Josko Stella, told Jutarnji List. "It was clear to us that they might be the first to show a tendency to come to the Adriatic, which is why we are in constant contact with them."

The Czech Republic began the first of a five-stage relaxation of the lockdown on Monday, with the government reportedly discussing easing travel restrictions.

Croatia could profit as an auto-destination thanks to its proximity to central Europe. "This tourist summer will certainly be completely different from everything we've known so far," said the president of the Alliance of German Tour Operators, Norbert Fiebig, in an interview with the German daily Tagesspiegel. "And in European countries that have carried out the second phase of combating the spread of the infection, travel will be possible under certain security conditions," Fiebig said. 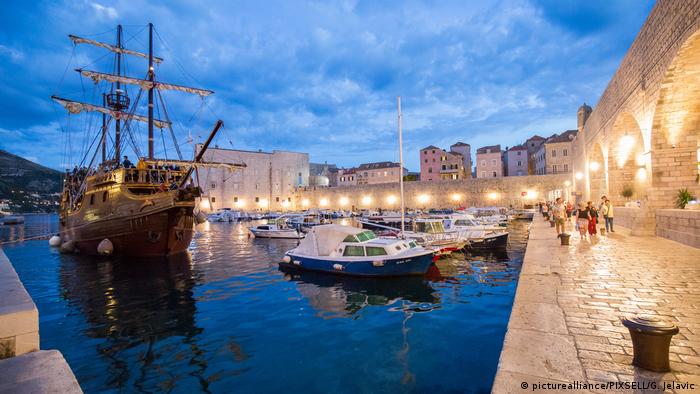 A relaxation of restrictions could also reopen the flow of tourists from neighboring Slovenia, whose residents make up the largest proportion of foreign-property owners in the Adriatic nation. Cappelli told reporters he was also looking at allowing foreigners who have properties or yachts in Croatia to visit Croatia. Meanwhile, a study by the Zagreb office of the international house BlueRock and the Improve market research agency also showed that Austrians have not yet given up on holidays in Croatia.

Czech and Croatian ministers warned against premature euphoria, with many issues to be resolved from transportation, health and epidemiological measures, health care capacity and the virus itself. "Neither [the Czech travel agencies] nor others have much space for work and travel now," Cappelli said. "They are looking for somewhere to go to sea. They somehow find it easiest to get to Croatia. Will they succeed in doing so or not? We will see. It depends not only on us but also on other countries."

Epidemiologists have also warned the proposal could undermine current efforts to keep COVID-19 from overwhelming health care systems. Krunoslav Capak, the head of the Croatian Institute for Public Health, downplayed the health certificate idea at a press conference. "Health certificates do not mean much because a person may be ill 24 hours later," he said.

Croatia's Adriatic neighbours, Albania and Montenegro, are also expected to be hit hard by the drop in tourism revenues, according to S&P Global Rating's Stress Scenario. "The impact is expectedly large for … small tourist-driven economies such as Barbados, Aruba, Belize, Cape Verde, Montenegro, and Albania," the analysis showed. Montenegro relies on tourism for two-fifths of total current account receipts, by far the largest in Europe.

A monitor from the European Bank for Reconstruction and Development (EBRD) said that in Albania, Croatia, Montenegro and Georgia, the biggest threat is from the almost total shutdown of their tourism sectors, as hotels and restaurants are closed and flights grounded, with the four countries' tourism sectors accounting for a quarter or more of GDP.

Meanwhile, Austrian tourism researcher Andreas Reiter of Kleine Zeitung said two-thirds of the country's tourism companies would likely not survive the absence of German tourists this summer, the most important group of guests, generating over half of turnover. Austria is currently only admitting foreign citizens into the country with a negative corona virus test.

But German holidaymakers could make a return to Austria in the summer, Tourism Minister Elisabeth Köstinger said. "The restriction on freedom of travel will remain with us for the next few months. However, if countries are also on a very good and positive path, such as Germany, there is definitely the possibility that bilateral agreements can be reached," Köstinger said.

The Austrian Hotel Association (ÖHV), which represents the four and five-star hotels, estimates that sales will be down by at best 40-60%. "Business for this summer's season is largely falling apart. This has not happened since the Second World War," said ÖHV spokesman Martin Stanits. German tourists accounted for more than 30% of arrivals last summer in Austria, according to official statistics. The share of tourism in Austria's GDP is one of the largest in the EU.

Croatia slow to bring in euro