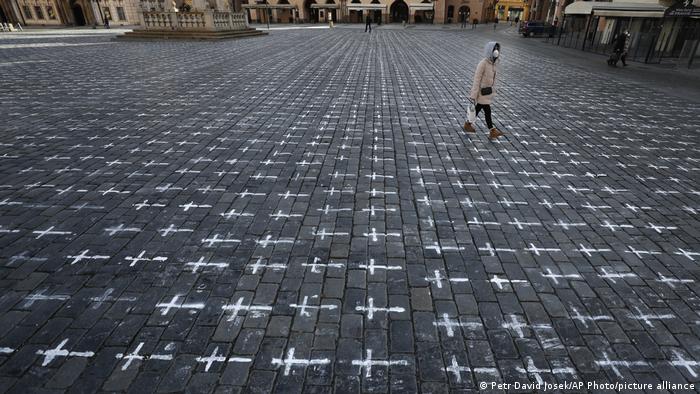 When it comes to coronavirus deaths per capita, the Czech Republic is among the highest in the world. According to official statistics from the country's Ministry of Health, almost 28,000 people had died of COVID-19 by the end of March — and more than a hundred have died every day since.

But the picture is likely even worse. "Based on scientific estimates, the actual number of victims is at least a third higher," says Jan Konvalinka, vice rector of Charles University in Prague.

At the same time, the country has a relatively good health care system, an economy that performs close to the EU average, low social inequality and the second-highest standard of living among former Soviet bloc countries. So how does that square with the high COVID-19 death rate?

Most Czech experts and analysts blame the populist government, led by oligarch Andrej Babis, for the country's catastrophic pandemic record. "In situations where other countries were announcing lockdowns, the Czech Republic was easing restrictions. That happened after the summer break, as well as before Christmas. And now the government is considering it once again," said Vaclav Horejsi, an immunologist at the Czech Academy of Sciences (CAS), on Czech television.

Other likely reasons for the high COVID-19 death rate are weak enforcement of existing coronavirus restrictions, insufficient infection tracking, lack of testing — and increasingly, the ever more rapid transmission of the highly infectious and deadly UK variant of the virus. 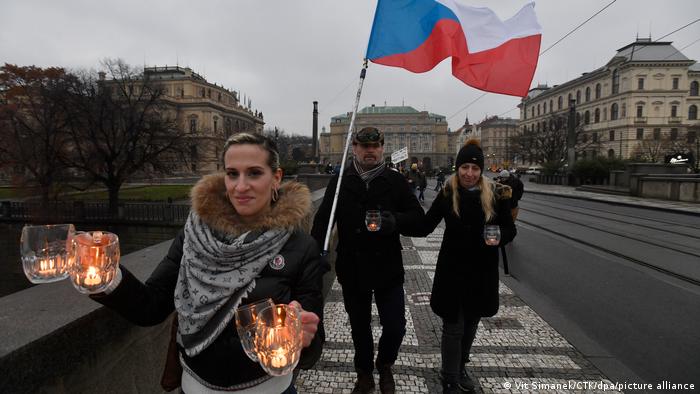 Czechs are far and away the world's biggest beer drinkers, and they are drinking even more during the coronavirus crisis

Experts say a generally unhealthy lifestyle led by many Czechs is also a contributing factor: The Czech Republic leads the world in per capita beer consumption — with Czechs downing almost 200 liters (53 gallons) per person each year; is the European "market leader" for marijuana use among young people; and "leads" the EU in smokers per capita.

With some 57% of women and 71% of men in the Czech Republic overweight, the country leads the EU in that category, too. And the health consequences of widespread obesity have become evident during the coronavirus pandemic: Scientific research cited by the World Obesity Federation (WOF) after the first few months of the pandemic drew a clear connection between obesity and the threat of dying from diseases like COVID-19.

"We were shocked to see such a high correlation between the country's proportion of overweight adults and its deaths from COVID-19," Tim Lobstein, the report's lead author, told the British daily newspaper The Guardian.

"The correlation between obesity and mortality rates from COVID-19 is clear and compelling," agreed World Health Organization (WHO) Director-General Tedros Adhanom Ghebreyesus.

Doctors in the Czech Republic, as well, have been trying to warn the population about the dangers of being overweight or obese in relation to COVID-19. "Unfortunately, the Czech Republic is one of the record holders with regard to obesity in Europe," said Ladislav Dusek, director of the Institute of Health Information and Statistics in the Czech Republic (IHIS CR). As many as "80% of COVID patients admitted to hospital are obese or overweight," he told DW. "People who are overweight are most affected," said Martina Vasakova, head of respiratory medicine at Thomayer University Hospital in Prague, on Czech radio. "The pandemic started a year ago and since then, everyone who is overweight has had the opportunity to assess the risk they are taking when it comes to COVID-19," she said. "Unfortunately, what I see is that people are stressed and putting on weight."

According to Vasakova, the degree of obesity regarded as "normal" in the Czech Republic is, in fact, dangerous, "A belly is a significant risk for men and for women," she says.

Cupka also sees coronavirus restrictions in the Czech Republic as part of the problem. He notes that exercise has been banned indoors, while alcohol consumption has simultaneously risen and more people have become overweight.

Czech doctors are convinced: Every kilo counts in the fight against COVID-19.