"Resign! Resign!" chanted tens of thousands of protesters as they packed into the Czech capital. They urged Prime Minister Andrej Babis to step down from his post over accusations he misused millions in EU funds. 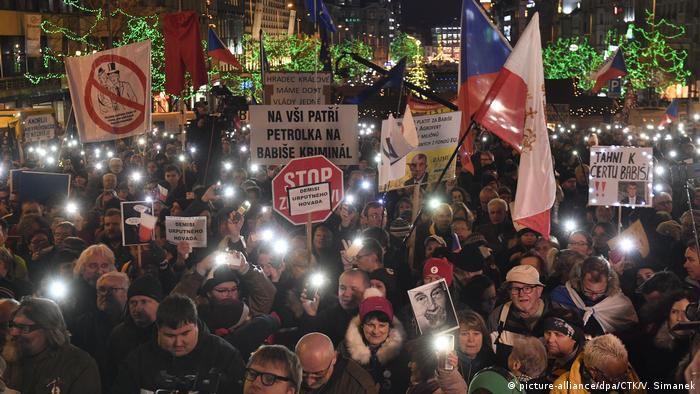 Tens of thousands of people gathered in Prague on Tuesday evening in the latest protests calling for Czech Prime Minister Andrej Babis to leave his post.

Police said at least 50,000 people took part in the demonstration, while protest group Million Moments for Democracy said between 60,000 and 80,000 people participated.

The protest was sparked by news that prosecutors are reopening a fraud investigation against Babis after it was suspended.

Last week, the country's chief prosecutor overturned a previous decision to drop charges against the prime minister over alleged fraud and misuse of European Union funds.

Protesters urged for Babis, a billionaire businessman, to completely disassociate from his business interests or resign by the end of this year.

They also held a minute of silence to honor the victims who died in a hospital shooting in the Czech city of Ostrava on Tuesday. 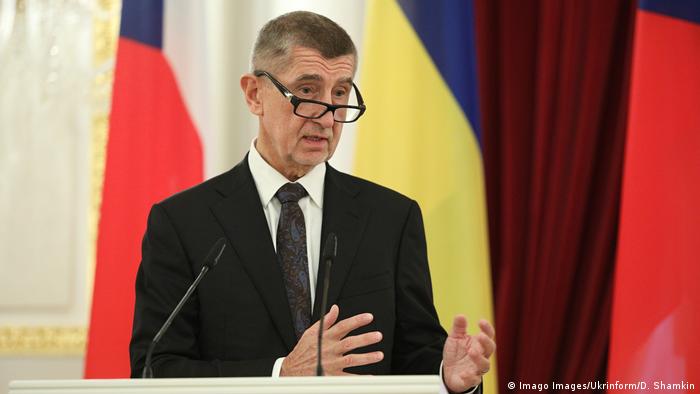 Babis, leader of the center-right populist ANO party, has been accused of corruption and intimidating his political rivals.

The fraud case against him involves $2 million (€1.8 million) in EU subsidies for a spa resort called the Stork's Nest owned by members of Babis' family that Babis green-lit.

In a separate case, Babis is facing pressure from the EU over a possible conflict of interest involving his former business empire.

According to media reports, the European Commission is considering reclaiming millions of euros in subsidies that went to Agrofert, an agricultural, food and chemical conglomerate that Babis headed before entering politics.

Babis has denied any wrongdoing and repeatedly rejected calls for him to leave office.

Tuesday's protest follows two massive rallies earlier this year when a quarter of a million Czechs demanded his resignation.

Another protest is scheduled to take place in Prague on December 17.

The largest protests in the Czech Republic for 30 years have failed to shift its prime minister, Andrej Babis. DW's Conflict Zone asks the Czech foreign minister, a coalition partner, if he will quit Babis' government. (02.10.2019)