Protesters at the rally in Prague urged Prime Minister Babis to resign following reports that he illegally profited from EU funds. It was one of the largest protests in the Czech Republic since the fall of communism. 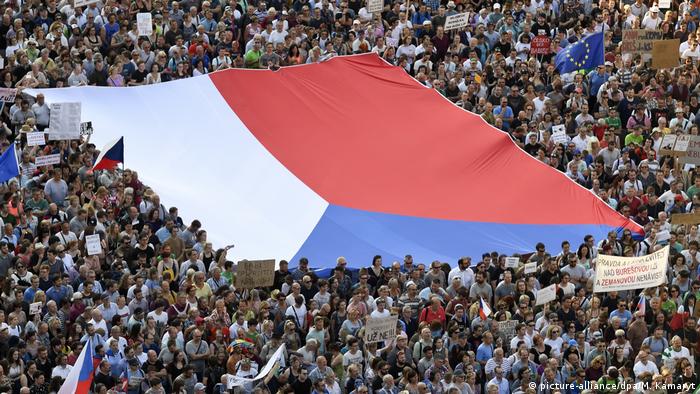 Tens of thousands of people took to the streets in Prague on Tuesday, calling on billionaire Prime Minister Andrej Babis to step down following reports that he illegally received European Union funds.

Protest organizers estimated that 120,000 people took part in the protests at Prague's Wenceslas Square, many chanting: "Shame! Shame!" and "We've had enough."

Demonstrators also urged for the resignation of Justice Minister Marie Benesova over concerns that she might try to influence any case against Babis. They called for another mass protest on June 23 if their demands are not met.

The rally was one of the largest political demonstrations since the Velvet Revolution in 1989, which led to the end of Communist Party rule in the Czech Republic. 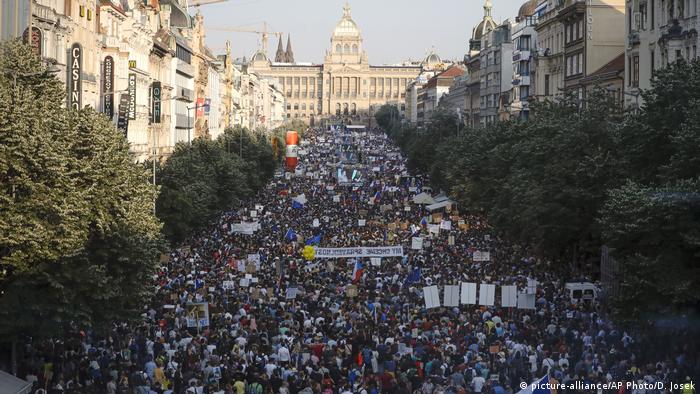 Dissatisfaction with the 64-year-old prime minister was fueled by the publication of a recently leaked preliminary EU investigation.

The EU probe found that Babis had breached conflict of interest rules. It also concluded that he still formally controls his former businesses and can also influence EU subsidies that they receive.

Babis, the second-richest man in the Czech Republic, was required to transfer ownership of his business conglomerate, Agrofert, to two trust funds in February 2017.

Babis has denied any wrongdoing and has described the report as "an attack on the Czech Republic."

"I would never do anything like that," Babis said in the lower house of Parliament earlier on Tuesday. "I'm not a fool."

The EU report also recommends that the Czech Republic return about €17.5 million ($19.7 million) that Agrofert received in EU funds.